The Regional Comprehensive Economic Partnership, covering a third of global trade and population, will become the "foundation of trade in Asia," Japanese trade minister Hiroshi Kajiyama told a press conference. 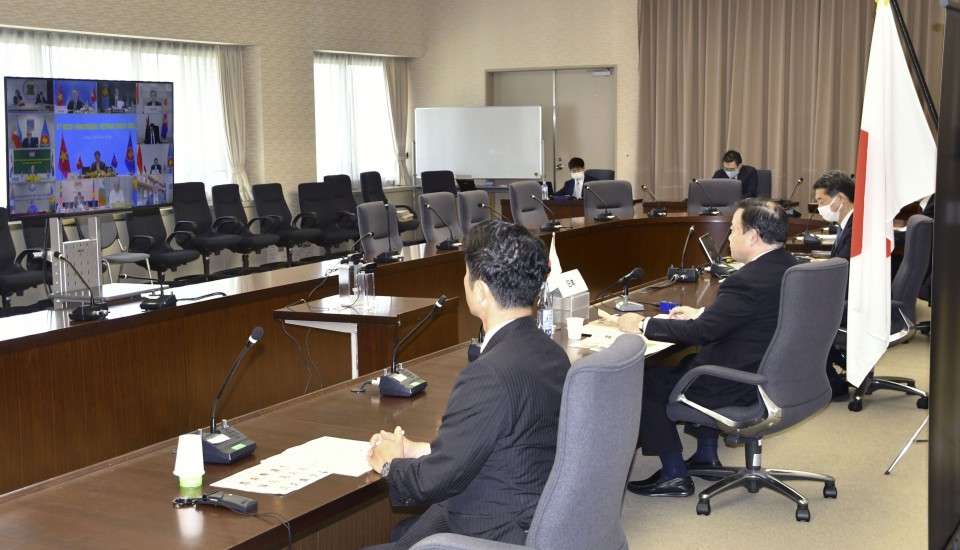 "To establish a desirable economic order in the region through the steady implementation of this agreement, I hope that it will be approved by parliament at an early date," Kajiyama said, referring to the ongoing Diet session in Japan through June.

The trade deal, signed last November, will eliminate tariffs on 91 percent of goods and sets common rules on investment, intellectual property and e-commerce. It is expected to reinvigorate supply chains in the region and make it more effective for businesses.

It will be Japan's first trade deal with both China, its largest trading partner, and South Korea, its third-biggest, at a time when negotiations for their trilateral pact have yet to be concluded.

The deal will take effect after ratification by six ASEAN members and three of the other countries.

A special arrangement was made to facilitate India's return, after New Delhi, despite being one of the founding members, skipped all negotiations since November 2019 amid concerns that its trade deficit with China would grow.

India is exempted from a rule barring new entrants to the framework for 18 months following the pact's entry into force.

FOCUS: China may extend olive branch to neighbors in 2021 ahead of key events