A snow sculpture featuring characters from the popular Nintendo video game "Animal Crossing" popped up near a post office in the Hokkaido town of Kikonai in early February.

Akira Anzai, head of Kamaya post office, created the snow sculpture to lift the spirits of local neighborhood children. Along with the video game's characters Shizue and Tanukichi, Anzai also built the Tanuki Shop, a building that appears in the game, as well as a snow slide. 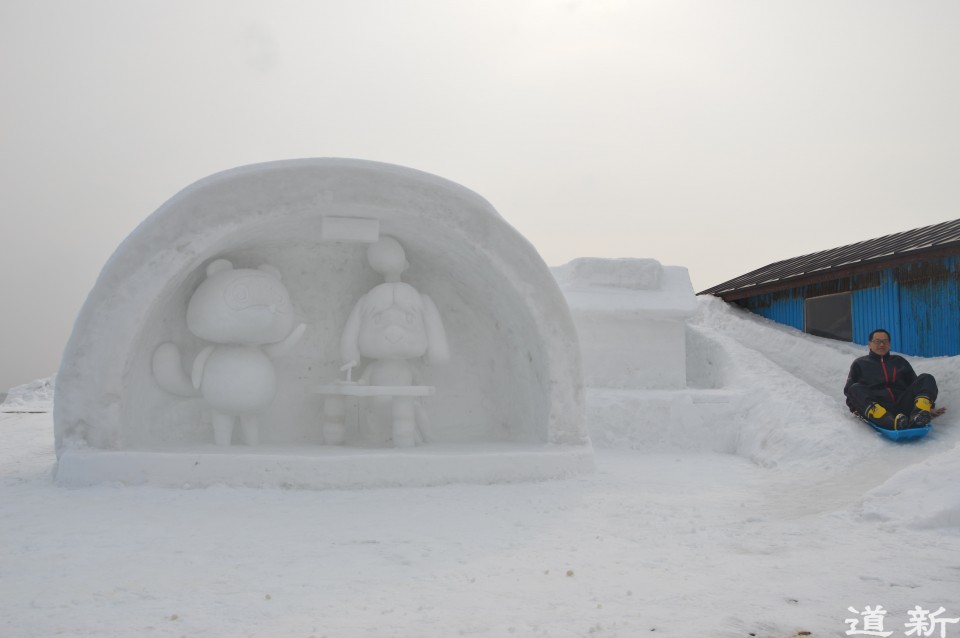 Anzai began collecting snow on an empty lot in mid-January and spent three days building the sculpture in early February. The postmaster said he even worked overnight on it, carving out the characters' cute expressions with a drill and a chisel.

"It was a bit tough making the sculpture this year as the weather was not stable," said Anzai, who creates similar snow statues featuring popular characters almost every year. "I hope everyone passing by will come and take a look."