A forest fire that has been raging for the past three days on a mountain north of Tokyo has now scorched at least 76.5 hectares and shows no signs of dying out, the local government said Wednesday.

The fire in Ashikaga, Tochigi Prefecture, has continued to spread despite efforts on the ground by firefighters and helicopter water-bombings carried out by the Ground Self-Defense Force and local governments. 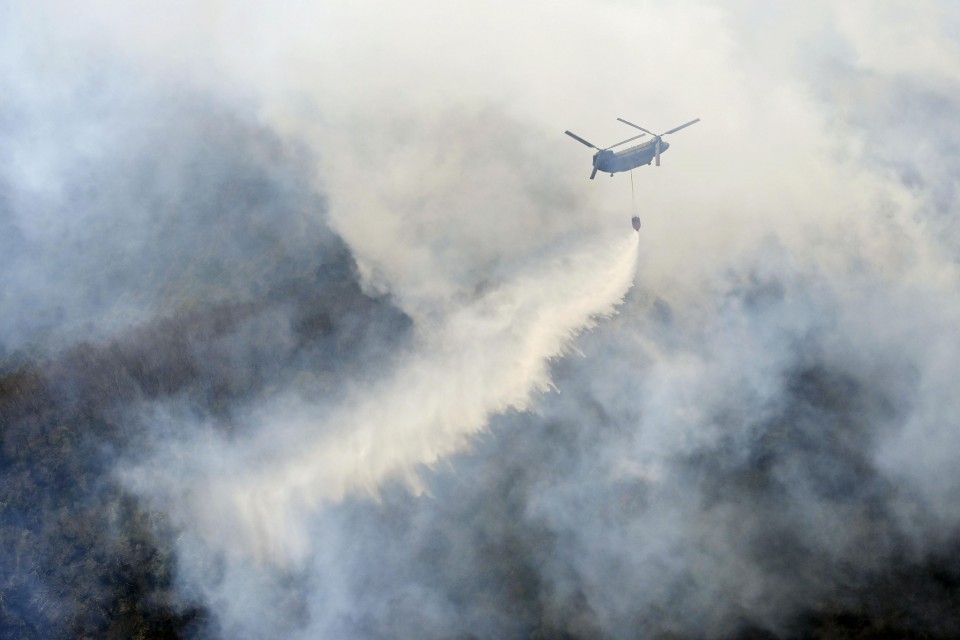 Photo taken from a Kyodo News helicopter on Feb. 24, 2021, shows a helicopter dumping water on a wildfire in Ashikaga in Tochigi Prefecture, eastern Japan. The fire was reported by a hiker three days earlier. (Kyodo) ==Kyodo

According to the city, a hiker called emergency services around 3:30 p.m. Sunday after spotting the fire in a forested area near the mountain that has a well-known hiking trail.

The prefecture has been trying to put out the fire since Monday with the help of firefighting helicopters from Ibaraki and Saitama prefectures and the GSDF.

Evacuation advisories for about 180 homes have been issued so far, the city said at a press conference Wednesday. At least 37 people from 21 households have visited evacuation shelters as of 7 p.m., it said.

The city has also requested that Yokohama city and Yamanashi Prefecture, both near Tokyo, dispatch helicopters to drop water on the fire until sunset. 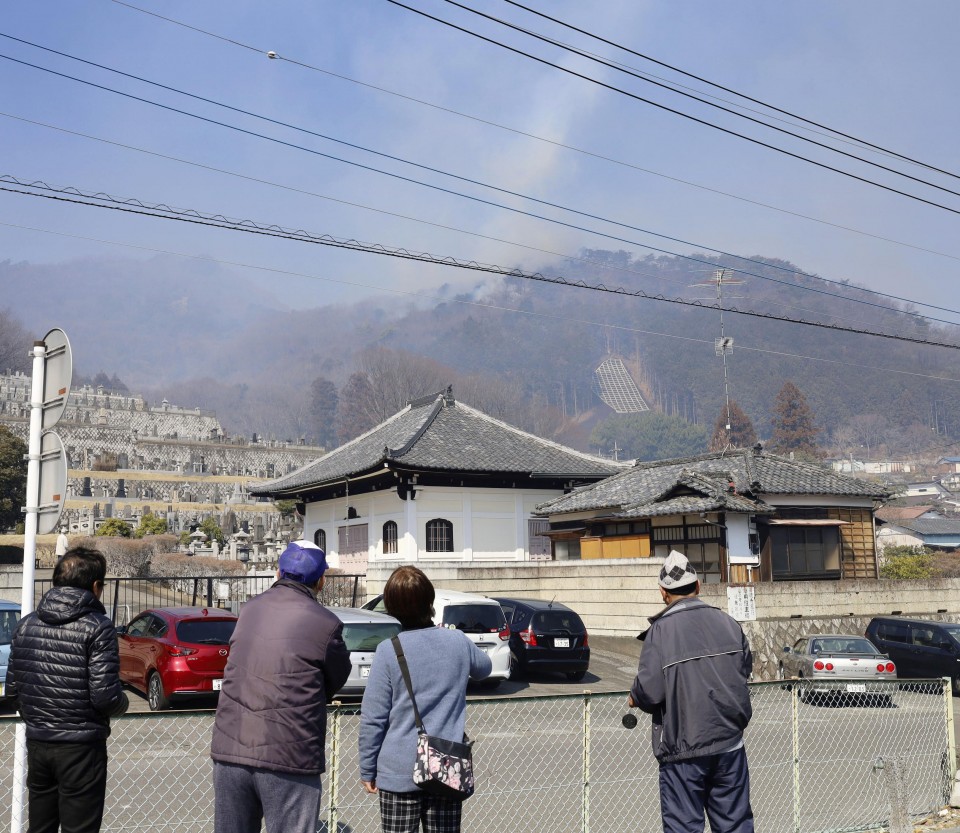 People look at a wildfire in Ashikaga in Tochigi Prefecture, eastern Japan, on Feb. 24, 2021. The fire was reported by a hiker three days earlier. (Kyodo) ==Kyodo