Football: Daichi Kamada has goal and assist in Frankfurt's win over Bayern

The league-best streak, which includes five straight wins, has cemented Frankfurt's place in the top four, with only goal difference separating them from third-place Wolfsburg. 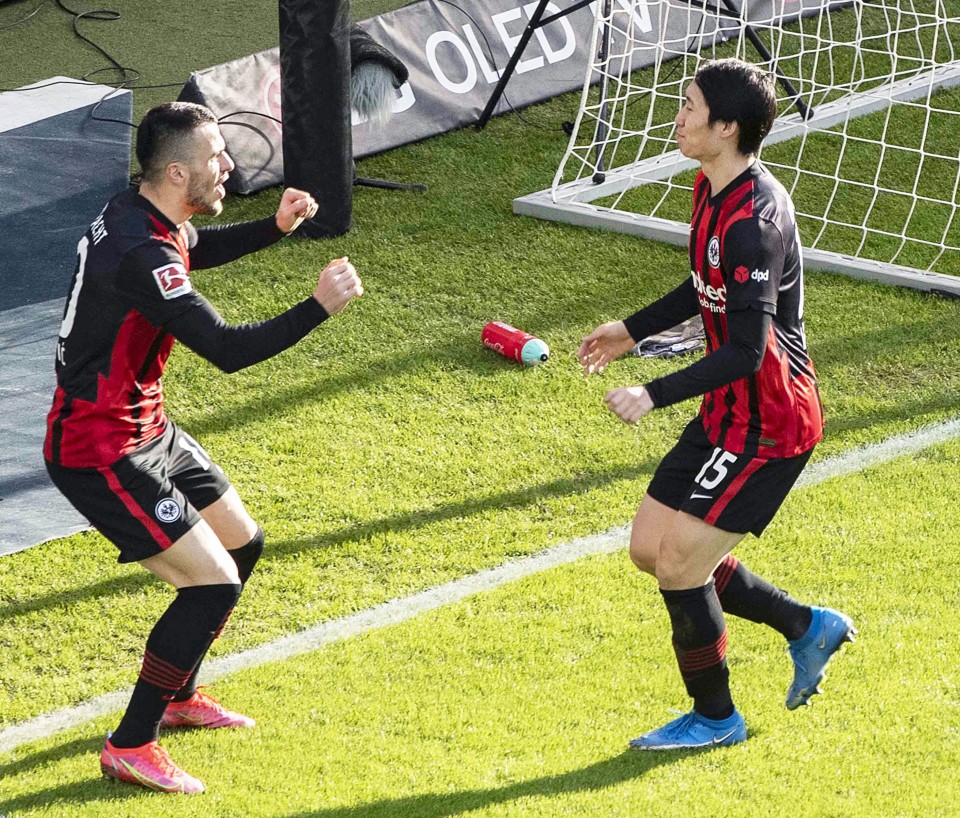 Japan attacker Kamada netted his third German top-flight goal of the season when he tapped home from inside the box off a cross from Filip Kostic in the 12th minute at Frankfurt's Deutsche Bank Park.

He provided the assist as Frankfurt went up 2-0 in the 31st minute, chasing down a ball that looked destined to run long over the goal line before finding winger Amin Younes, who netted with a stunning 11-meter strike.

After being outplayed in the first half, reigning champions Bayern were re-energized following the break and struck back through the league's top scorer, Robert Lewandowski, in the 53rd minute.

Kamada nearly registered another assist to put Frankfurt up 3-1 in the 90th minute when he played Kostic into the box with a through ball, but Bayern keeper Manuel Neuer produced a superb save to deny the Serbia international.

Former Japan captain Makoto Hasebe wore the skipper's armband for Frankfurt, who sit seven points below the summit after claiming a league-high 29 points from a possible 33 during their unbeaten run.

Bayern's buffer at the top could be cut to just two points if second-place Red Bull Leipzig beat Hertha Berlin on Sunday.

In the English Premier League, Japan international Takumi Minamino scored for the second time in three games for Southampton, who drew 1-1 at home to Chelsea.

The Liverpool loanee netted the highlight goal in the 33rd minute at St. Mary's Stadium, timing his run to connect with a through ball from Nathan Redmond and finishing clinically after producing a feint that left Chelsea defender Cesar Azpilicueta and keeper Edouard Mendy floundering.