Mongolian-born yokozuna Hakuho on Monday spoke of his frustration at missing the January Grand Sumo Tournament after contracting the novel coronavirus, while remaining hopeful of a memorable return at the upcoming March meet.

"I didn't (think I'd get infected), honestly speaking," said the grand champion as he spoke to the media for the first time since testing positive. "I was in good form so I was frustrated more than anyone else." 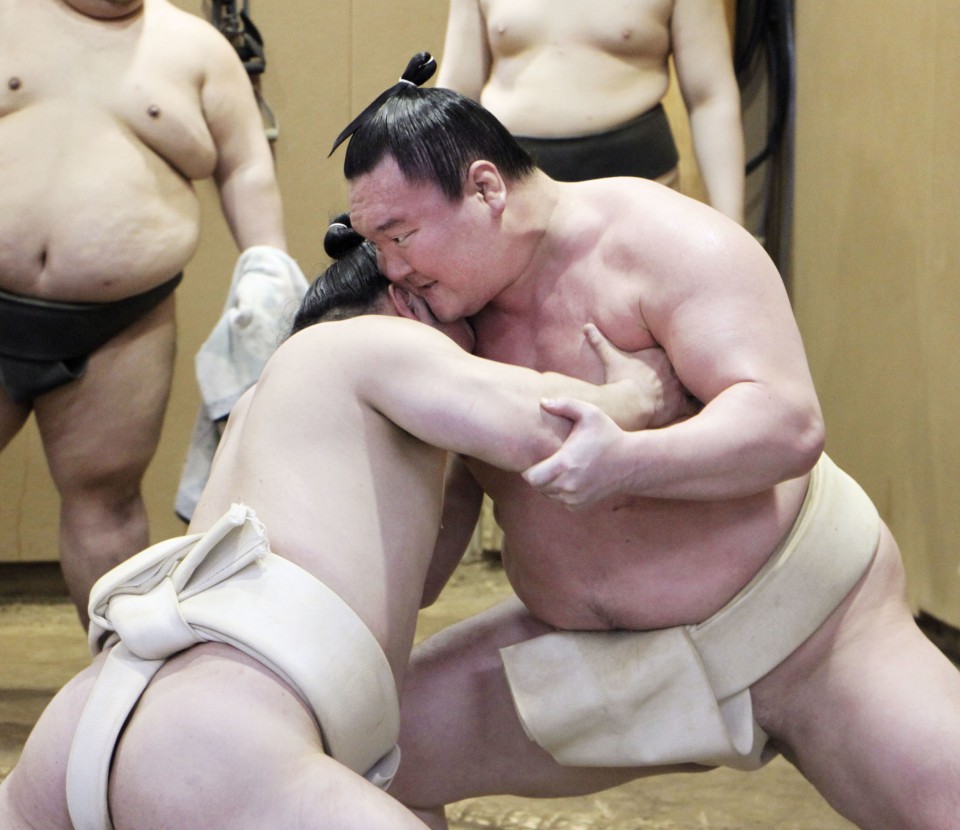 The record 44-time winner of the Emperor's Cup said he was "out of breath after only 10 training bouts" on Jan. 3 when he was planning to have 20.

The 35-year-old then could not smell the rice during a meal afterward and was found positive following a polymerase chain reaction test.

Hakuho, whose route of infection was not identified, said he is gradually recovering after nine days in hospital with his sense of smell back to normal.

Hakuho had been on the sidelines since missing the last three days of the July meet last year. He was in line for a return in January and is now back training in the ring with other Miyagino stablemates following the infection, but he still has a right knee injury to deal with.

Turning 36 on March 11, the 10th anniversary of the 2011 earthquake and tsunami that devastated northeastern Japan, Hakuho said he will remain vigilant but is hopeful of participating in what will be a special meet from March 14 that has been moved to Tokyo from Osaka due to the pandemic.

"It's the first time I'll spend my birthday in Tokyo since the disaster. It'll be a strange milestone," Hakuho said. "I'll need to make it (the meet) special. Hopefully I can come up with a good result and show I'm still going strong."