Nearly 60 percent of people in Japan believe Tokyo Olympic chief Yoshiro Mori, who recently made sexist remarks, is "not qualified" to serve in the top post, a Kyodo News survey showed Sunday.

The weekend telephone survey showed that only 6.8 percent of respondents said Mori is "qualified" as the head of the Tokyo Olympic organizing committee. 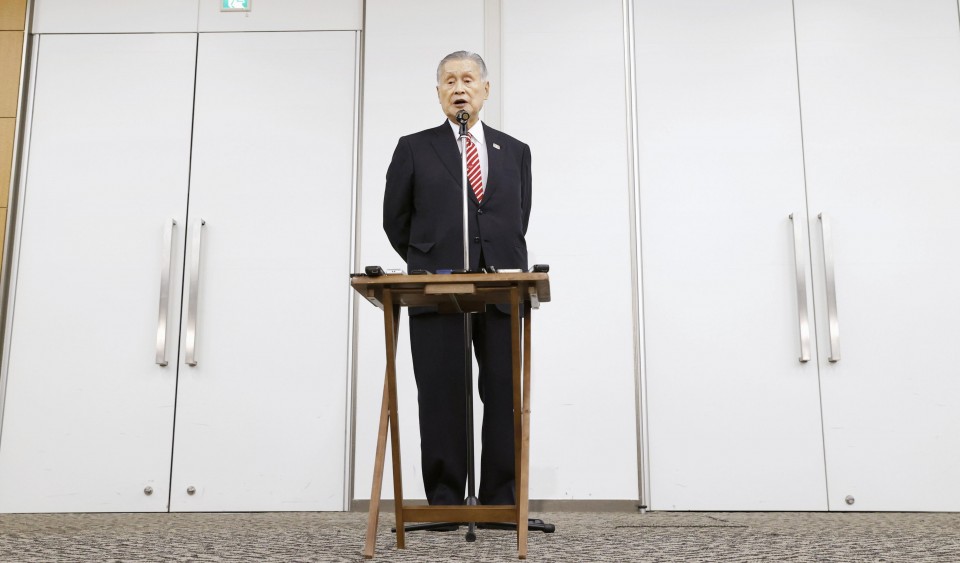 Asked whether Mori, who has drawn criticism for saying that women talk too much during meetings, is qualified for his role, 59.9 percent said he is not, while 32.8 percent answered they are unable to say whether he is qualified or not.

The survey also found that 47.1 percent think this summer's Tokyo Olympics and Paralympics should be postponed again due to the coronavirus pandemic, and 35.2 percent believe the games should be canceled, with just 14.5 percent saying the event should be held as planned.

The approval rate for Prime Minister Yoshihide Suga's Cabinet, hit by a series of scandals since it was formed in September, fell 2.5 percentage points from last month to 38.8 percent, according to the nationwide poll.

Suga and the Tokyo Olympic organizers have insisted that the games will open this summer following a one-year postponement, but the global health crisis continues to cloud the Olympics and Paralympics.

With less than six months until the opening of the Olympics, the comments about women by Mori, an 83-year-old former prime minister, have triggered backlash at home and abroad.

During a meeting of the Japanese Olympic Committee on Wednesday, Mori, who is known for being gaffe-prone, said women tend to talk too much in meetings as they have "a strong sense of rivalry."

He apologized for the "inappropriate" comments and retracted them the following day.

The survey also found that if the games were to be held, 43.1 percent want them to go ahead without spectators, while 49.6 percent support having limits to the number of fans allowed at each venue.

Meanwhile, 32.8 percent said they were satisfied with the coronavirus measures implemented by the government, up 7.9 percentage points from the previous poll, compared with 59.3 percent who said it had not appropriately dealt with the pandemic, down 9.0 points.

Earlier this month, Suga extended a state of emergency for Tokyo and nine prefectures by one month.

The state of emergency, which urges people to refrain from going out and restaurants to shorten business hours, was originally scheduled to be lifted on Sunday but was extended as hospitals remain under pressure despite a declining trend in daily coronavirus cases.

Japan is also lagging behind many other countries in rolling out COVID-19 vaccines, with the government aiming to begin inoculating health workers after expected regulatory approval on Feb. 15.

According to the survey, 82.8 percent of respondents said they are concerned about whether COVID-19 vaccinations will be rolled out smoothly, while 14.7 percent said they expect a smooth rollout.

The ruling Liberal Democratic Party was supported by 36.7 percent of respondents, falling from 41.2 percent in the previous poll.

Meanwhile, 62.0 percent said Suga has not made sufficient explanations about an allegation that his son, working for a well-known media production company, entertained four communications ministry bureaucrats at posh Tokyo restaurants and gave gifts in a potential ethics code violation.

The Internal Affairs and Communications Ministry is investigating the allegation first reported by a weekly magazine earlier in the month.