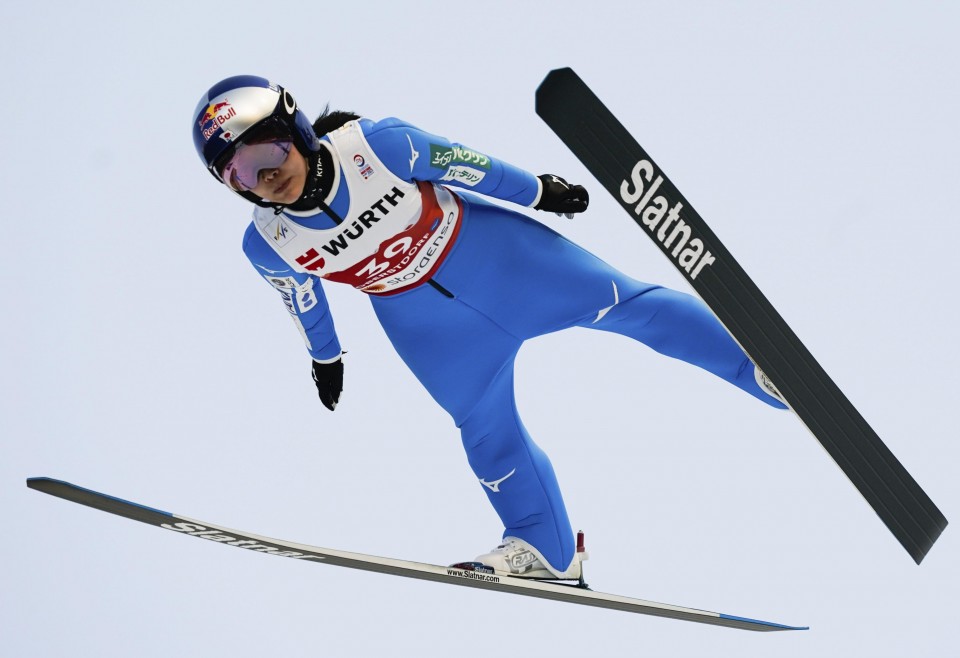 Sara Takanashi soars through the air on the way to finishing third in the women's normal hill individual ski jumping event at the Nordic World Ski Championships in Oberstdorf, Germany, on Feb. 25, 2021. (Nordic Focus/Kyodo)

Klinec's nearest challenger was defending world and Olympic champion Lundby who recorded distances of 102.5 and 99.5 meters on her two attempts to finish with a score of 276.5 points, 3.1 behind the winner. Klinec had jumps of 105 and 100.5 meters.

Takanashi could not improve on her third position after the first jump, Lundby overhauling her by 0.2 point after the Japanese recorded a 100-meter jump on her second attempt, four shorter than her first.

"I don't know how to explain my emotions," Takanashi said.

"The wind conditions kept changing greatly and anyone could have won, but I think I was able to put my best self out there," she said.

Women's large hill ski jumping will be held at the Nordic World Ski Championships for the first time this year on March 3, giving Takanashi another shot to become a world champion in an individual event. She won a team world title in 2013.

The hill size for Oberstdorf's large hill is 137 meters, compared to 106 meters for normal hill.