South Korea's minister for trade, Yoo Myung Hee, said Friday that she has decided to withdraw herself from a race to choose the next director general of the World Trade Organization. 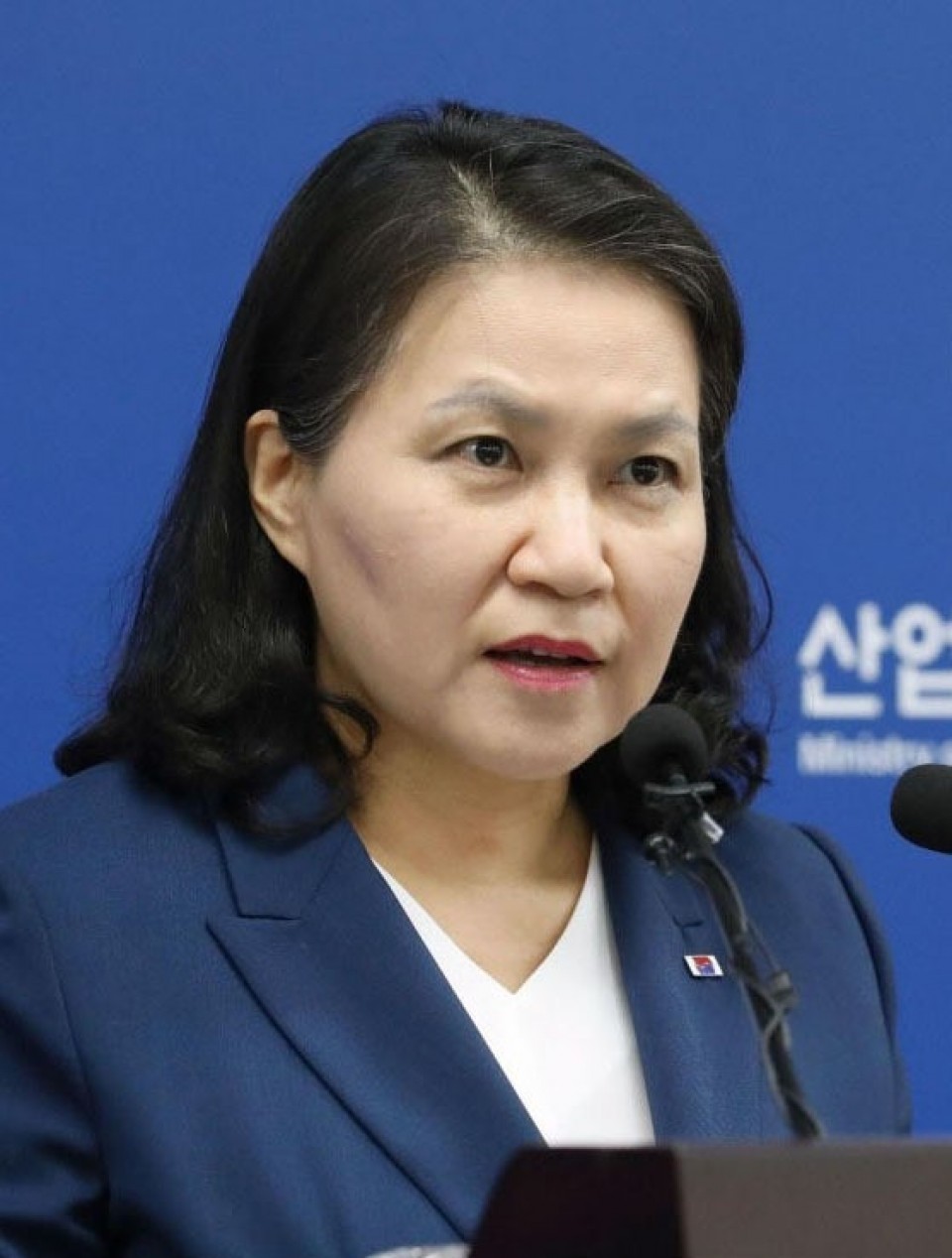 The career bureaucrat had been chosen as the last two candidates along with former finance minister Ngozi Okonjo-Iweala of Nigeria. But in October, the Nigerian woman was recommended for the top job at an informal meeting of member countries on the understanding that she has secured support from a large number of countries.

As the WTO has long valued consensus-building in the selection process, attention had focused on how Yoo would respond to the developments.

"With the vacancy state of the WTO head being prolonged, the future of the WTO is also getting unclear," Yoo told a press conference. "I therefore have decided to withdraw from candidacy following close arbitration and agreement with the United States, our strong ally."

Yoo declared her candidacy in June, after South Korea became involved in a dispute with Japan at the WTO over Japan's tightening of export rules against South Korea in 2019.

As minister for trade at the Trade, Industry and Energy Ministry, Yoo was involved in crafting South Korea's responses to the tighter export controls over the shipment of major materials for semiconductors and display panels to South Korea.

The ministry said in a statement that Yoo will soon notify the WTO of her decision.