Seattle Mariners president and CEO Kevin Mather issued a statement apologizing for his recent comments, including one toward their former All-Star pitcher Hisashi Iwakuma regarding his English ability, MLB.com and other U.S. media reported Sunday.

Mather made several remarks on Feb. 5, among which he said he was frustrated in needing to pay a translator for Iwakuma -- who rejoined the club as a special assignment coach in January -- during the right-hander's six seasons of playing career in Seattle. 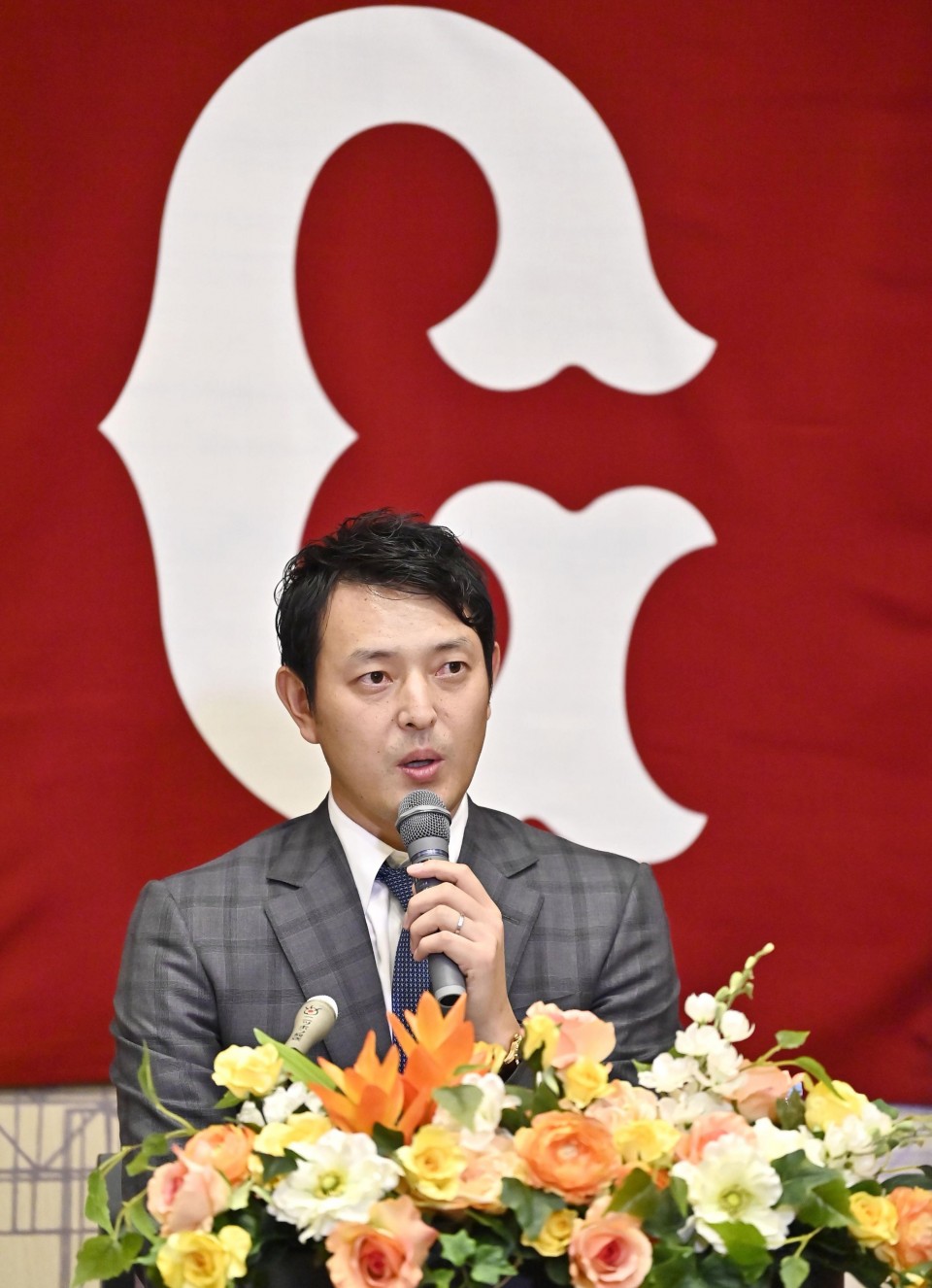 Yomiuri Giants pitcher Hisashi Iwakuma announces his decision to retire at the end of the season at a press conference in Tokyo on Oct. 23, 2020. Iwakuma threw a no-hitter when he was with the Seattle Mariners in 2015 against the Baltimore Orioles. (Kyodo) ==Kyodo

"Wonderful human being, his English was terrible. He wanted to get back into the game, he came to us, we quite frankly want him as our Asian scout, interpreter, what's going on with the Japanese league. He's coming to spring training. And I'm going to say, I'm tired of paying his interpreter," Mather had said.

"When he was a player, we'd pay Iwakuma X, but we'd also have to pay $75,000 a year to have an interpreter with him. His English suddenly got better, his English got better when we told him that."

During the same Zoom call with a local rotary club, Mather also said prospect Julio Rodriguez's English is "not tremendous" and revealed the contract situation surrounding another prospect Jarred Kelenic among other issues.

"I want to apologize to every member of the Seattle Mariners organization, especially our players and to our fans. There is no excuse for my behavior, and I take full responsibility for my terrible lapse in judgment," his statement said.

"My comments were my own. They do not reflect the views and strategy of the Mariners baseball leadership who are responsible for decisions about the development and status of the players at all levels of the organization."