Boxing: Final Tokyo Olympics qualifier to be canceled due to pandemic

The final boxing world qualifier for the Tokyo Olympics in June is set to be canceled due to the coronavirus pandemic, a special task force organizing the sport at the postponed games said Tuesday.

The rescheduling of the Olympic qualifiers saw the European qualifier moved from April to June, with some 53 Olympic spots supposed to be secured at the final world qualifier now set to be decided by point-based rankings, which reflect performance at international meets since 2017. 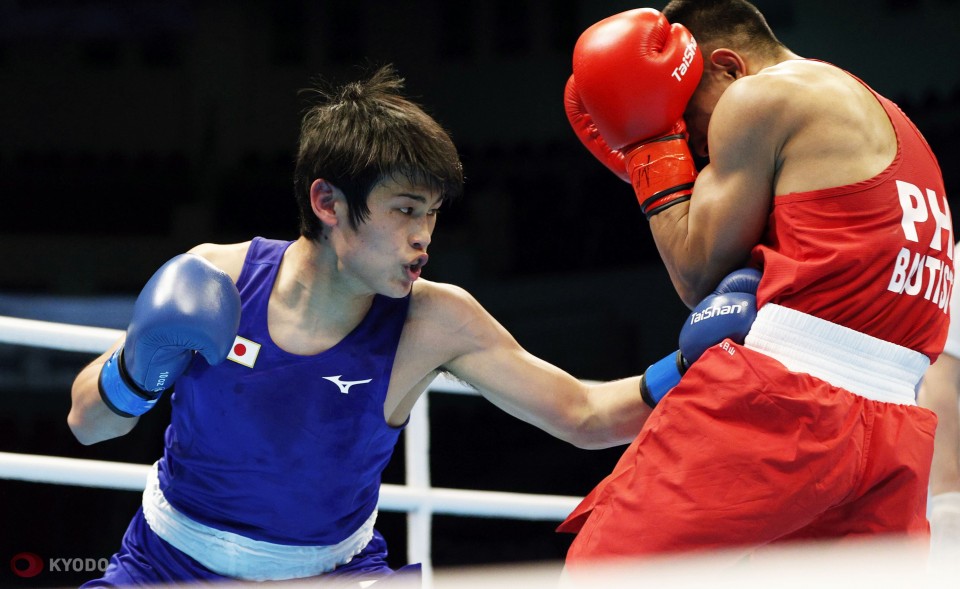 Japan's Hayato Tsutsumi (L) is pictured in action in an Olympic qualifier in Amman in March 2020. (Kyodo)

The announcement has all but dashed Olympic hopes for five Japanese boxers, given their international records.

Featherweight Hayato Tsutsumi and light heavyweight Ren Umemura were set to contest the men's final qualifier, while lightweight Saya Hamamoto, welterweight Mai Kito and middleweight Arisa Tsubata were to compete on the women's side.

The Japan Boxing Federation said it will file a petition to the task force to hold the final qualifier for boxers from Asia and Oceania as well as Africa, where the regional qualifiers have all ended.

"It's tough. We hope it is held from the point of view of fairness for young boxers who were junior boxers in 2017, like Tsutsumi, and those who changed their divisions," said a JBF senior official.

The International Olympic Committee in June 2019 resolved to keep the sport on the games program after deciding to strip the International Boxing Association of its right to oversee the sport in Tokyo due to unresolved governance issues.