Rui Hachimura scored in double figures for the eighth straight game as the Washington Wizards edged the Los Angeles Lakers 127-124 in overtime on Monday in the NBA for a fifth consecutive win for the first time in three seasons. 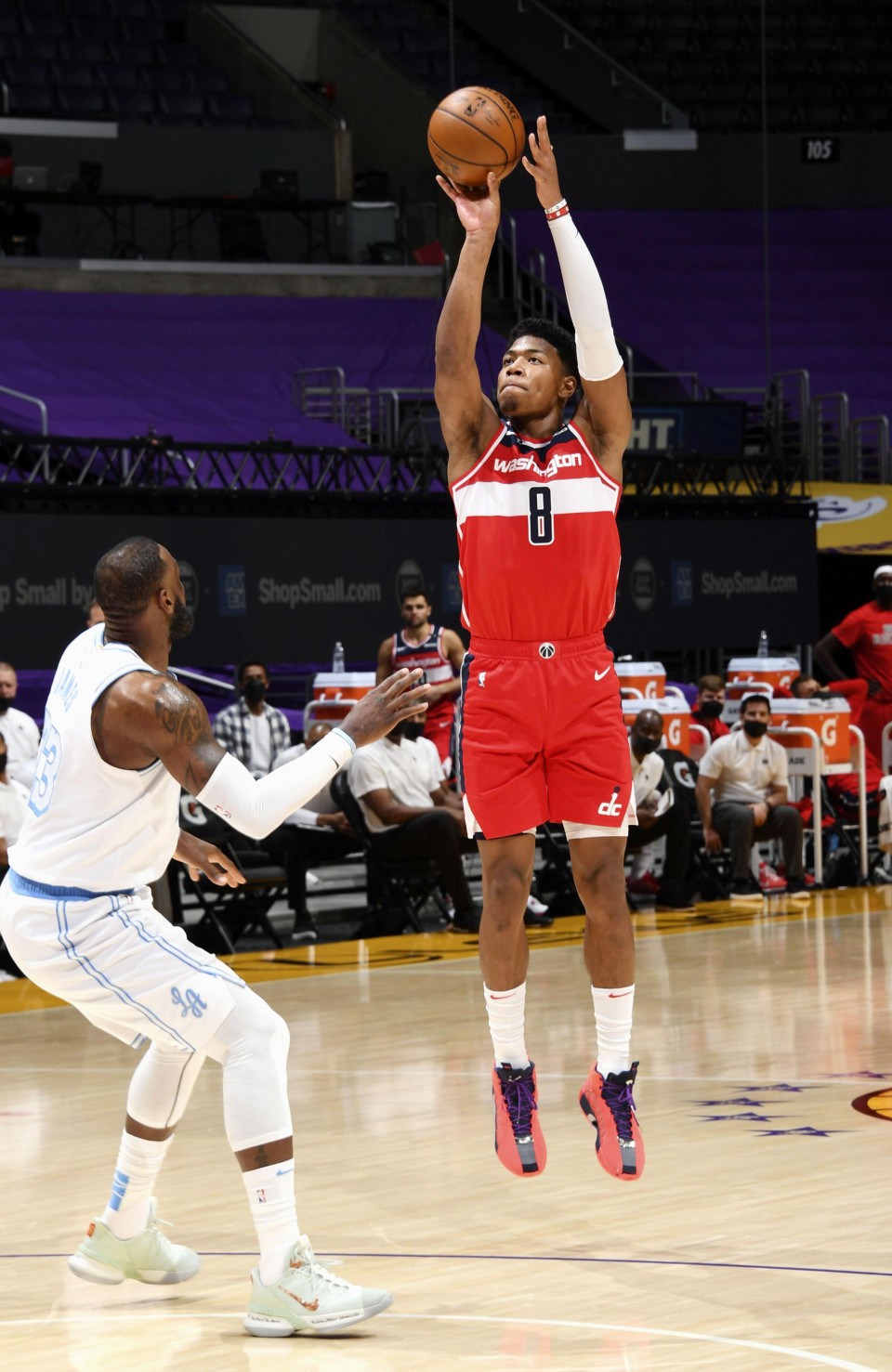 Rui Hachimura of the Washington Wizards shoots the ball against the Los Angeles Lakers in their NBA match in Los Angeles on Feb. 22, 2021. (NBAE/Getty/Kyodo)

The Japanese forward was up against a star in LeBron James during the majority of 37 minutes on the court but defended with tenacity, and also chipped in with 15 points and six rebounds as the Wizards made it 11-17 for the season.

"We could play catching the momentum from the winning streak," said Hachimura. "James is the world's No. 1 player. He was physically really strong too."

Hachimura stuck close to the Lakers' No. 23, doggedly put up his hands to block shooting chances and won a big turnover in overtime at the corner as he doubled up with his teammate to cap off a telling defensive contribution.

The Toyama-native was right at it on the other side of the court too, hitting a three right after the Lakers edged within a point in the fourth quarter, during which he had no shooting mistake.

"I'm still a rookie in terms of the number of games," said Hachimura after his 69th NBA appearance. "It's really difficult to get myself involved in the fourth quarter."

"But Russel (Westbrook) always gives me encouraging words and that's really giving me the power."