Heavy snowfall blanketed wide areas of northern and northeastern Japan on Tuesday, causing a fatal multiple-vehicle collision on an expressway, with the weather agency warning of gales and snowstorms disrupting traffic.

The pileup occurred around noon on the Tohoku Expressway in Osaki, Miyagi Prefecture, and left one man dead, with 17 other people taken to hospital, police and firefighters said. As a result of the accident, more than 130 vehicles were stranded and some 200 drivers and passengers affected in what police say was likely a whiteout. 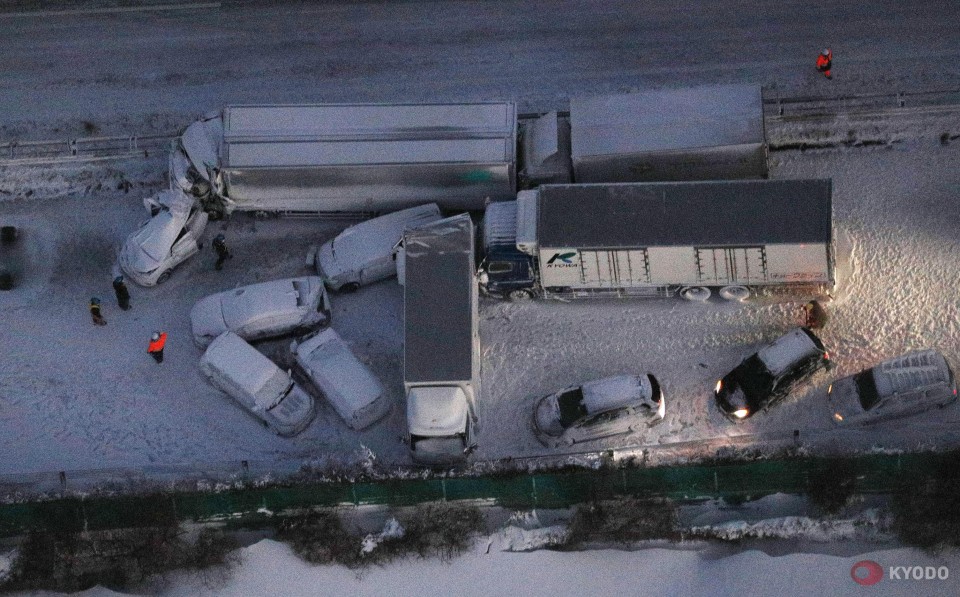 Photo taken from a Kyodo News helicopter on Jan. 19, 2021, shows the site of a multiple-vehicle collision on the Tohoku Expressway in Osaki in Miyagi Prefecture, northeastern Japan. The accident occurred due to heavy snowfall that blanketed the region, leaving one person dead and 10 others hospitalized. (Kyodo) ==Kyodo

About 50 of the vehicles were damaged possibly due to the accident. By Tuesday evening, the police and highway authorities guided the stranded vehicles off the expressway.

The police identified the fatality as a 65-year-old man from neighboring Iwate Prefecture.

The Japan Meteorological Agency's regional headquarters in Sendai registered a maximum wind speed of around 100 kilometers per hour, a record for January, near the accident site at around 11:55 a.m.

Following the pileup, the government set up a liaison office in the crisis management center at the prime minister's office.

Because of the bad weather, East Japan Railway suspended some of its shinkansen bullet train services in Miyagi, Iwate and Akita prefectures in the Tohoku region, among other areas.

In the 24 hours through 6 a.m. Wednesday, parts of the Hokuriku, Tohoku and Hokkaido regions are expected to record snowfall of up to 50 centimeters, 40 cm and 30 cm, respectively, it also said. 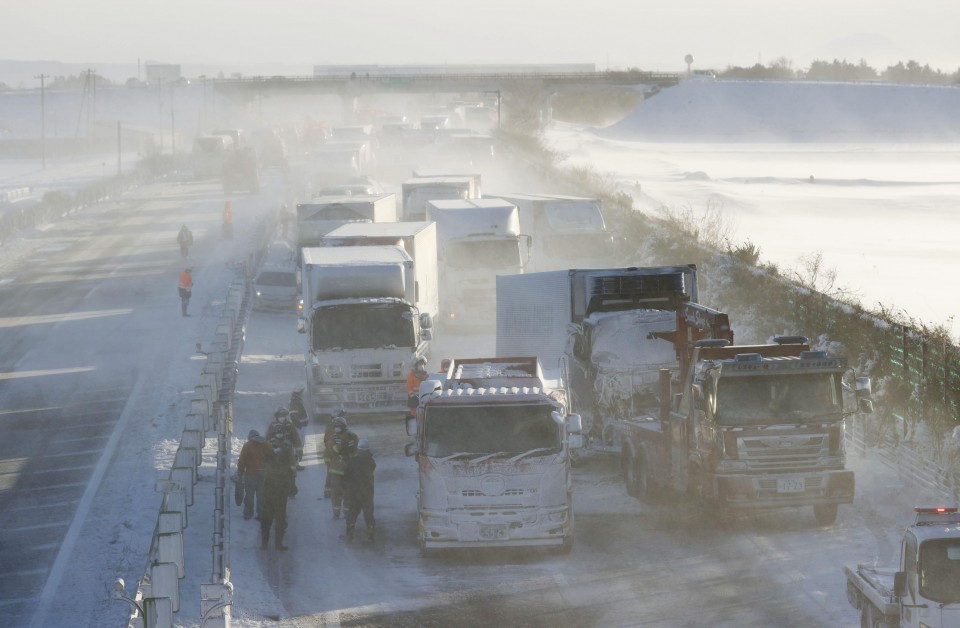 Vehicles are seen stranded on the Tohoku Expressway in Osaki in Miyagi Prefecture, northeastern Japan, on Jan. 19, 2021, after a multiple-vehicle collision occurred due to heavy snowfall that blanketed the region, leaving one person dead and 10 others hospitalized. (Kyodo) ==Kyodo