An expansion of Japan's latest state of emergency over the coronavirus pandemic into three western prefectures is likely to decrease the country's economy by 2.1 trillion yen ($20.1 billion), or 0.4 percent of annual gross domestic product, according to an economist.

Toshihiro Nagahama, chief economist at the Dai-ichi Life Research Institute, made the estimate as Prime Minister Yoshihide Suga plans to include Osaka, Kyoto and Hyogo prefectures in areas subject to the declaration as early as Wednesday. 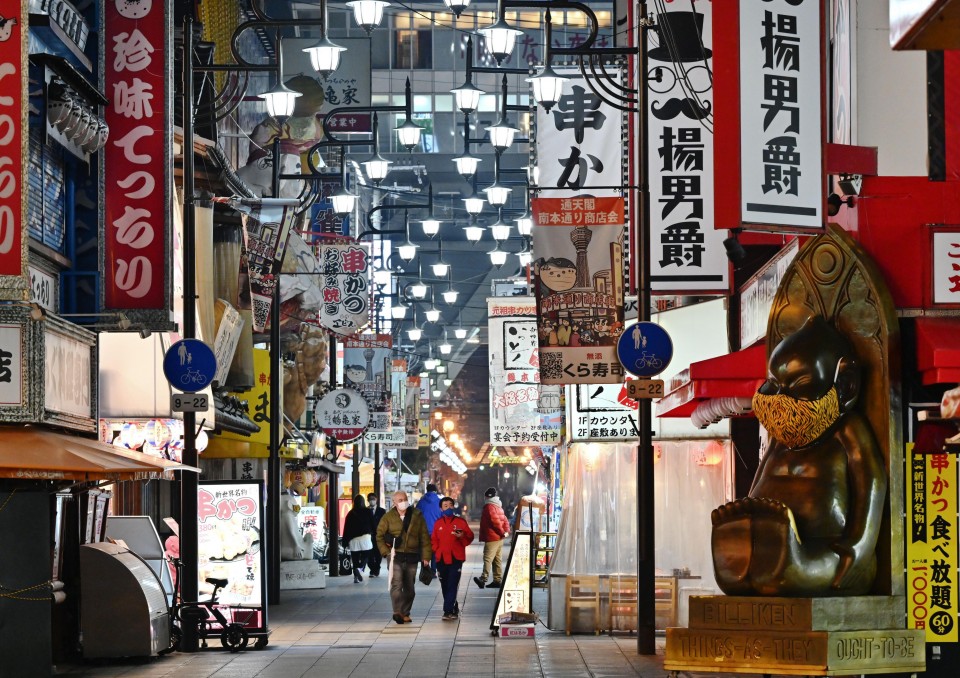 Few people are seen in Osaka's Shinsekai area on Jan. 12, 2021, amid the novel coronavirus pandemic.(Kyodo)

Effective from last Friday through Feb. 7, the emergency declared in Tokyo and three neighboring prefectures of Kanagawa, Chiba and Saitama involves requests for residents to stay home and for service providers such as restaurants, department stores and entertainment facilities to shorten their operating hours.

Nagahama's forecast is based on the assumption that the emergency declaration takes effect in the three western prefectures in the country's second-largest metropolitan area a week later than the Tokyo area and lasts until Feb. 7.

Nagahama said in a report that he took account of the negative impact of the suspension since Dec. 28 of the "Go To Travel" campaign, a state subsidized program intended to boost the virus-hit domestic tourism sector.

He forecast the planned expansion of the emergency will cost 109,000 people their jobs if no measures are taken.

With the third wave of infections hitting Japan since November, other prefectures such as Aichi and Gifu in central Japan have requested the central government include them in the emergency.

In a separate report, Yoshimasa Maruyama, chief economist at SMBC Nikko Securities Inc., forecast the Japanese economy will shrink a real 1.5 percent if the declaration is effective for two months with broader coverage involving the prefectures of Osaka, Kyoto, Hyogo, Aichi and Gifu. 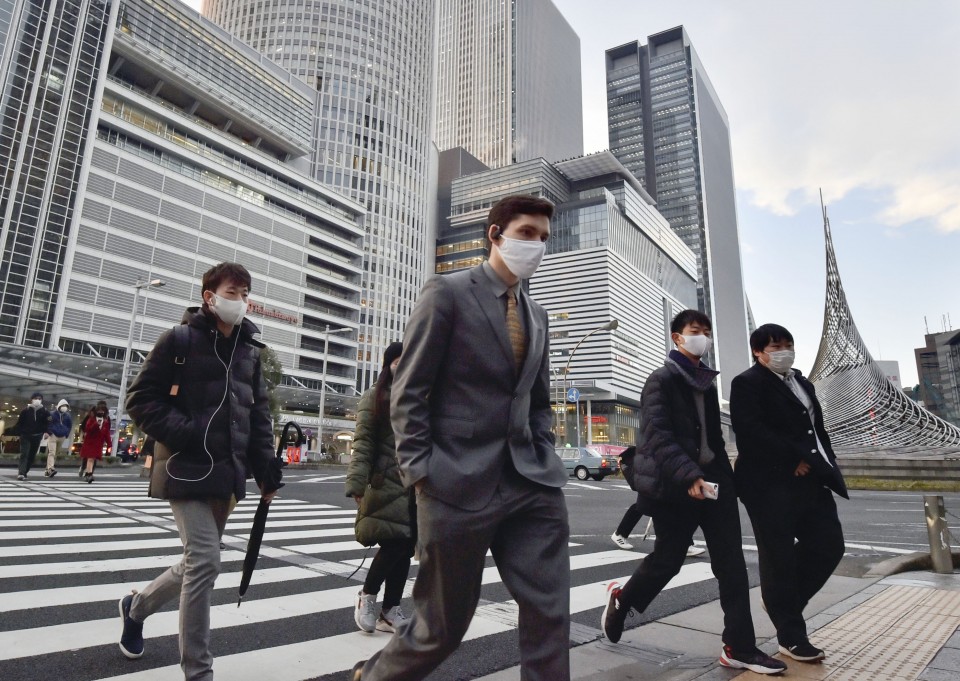 People wearing face masks walk near Nagoya Station in Aichi Prefecture, central Japan, on Jan. 12, 2021. Aichi and Gifu requested the central government the same day to include the two prefectures in the second coronavirus state of emergency that took effect in Tokyo and adjacent Chiba, Kanagawa and Saitama prefectures the previous week. (Kyodo) ==Kyodo

Earlier, Maruyama projected the nation's GDP would contract a real 1.2 percent if the fallout was limited only to the Tokyo area.

"Even if the emergency declaration were to end in one month, some restrictive measures are expected to remain with a mood of self-restraint continuing for a while," he said.

Japan to expand virus emergency to 5 prefectures beyond Tokyo region