The New Year Grand Sumo Tournament could be canceled if wrestlers continue to become infected with the novel coronavirus, the tournament's chief organizing official said Saturday after five more wrestlers tested positive for the virus.

The 15-day tournament is set to start on Sunday at Tokyo's Ryogoku Kokugikan, where a state of emergency has been in force since Friday. So far 65 wrestlers, roughly 10 percent of the number of the Japan Sumo Association's active competitors, are currently infected. 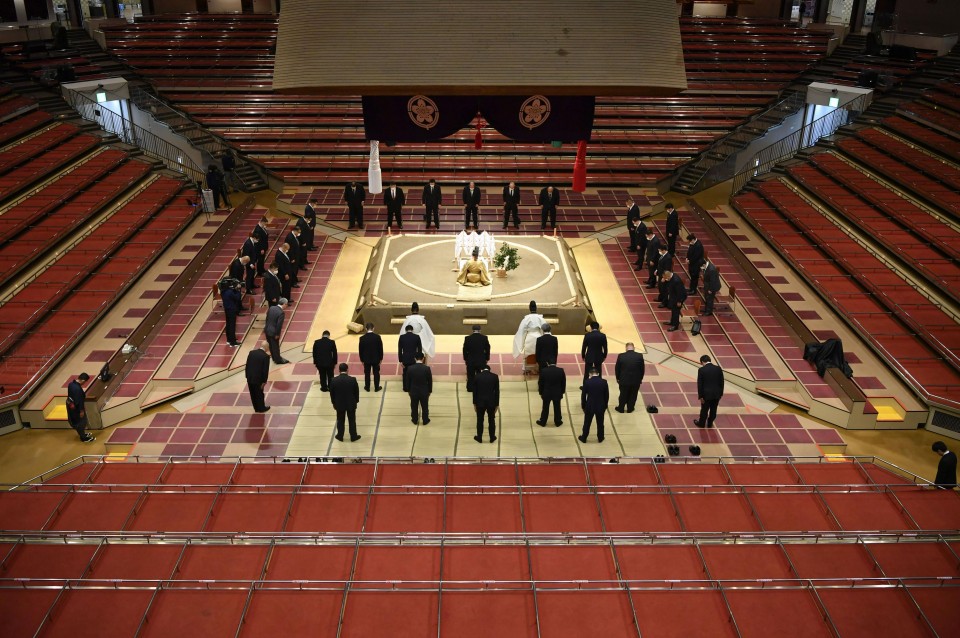 A ceremony is held at Ryogoku Kokugikan in Tokyo without sumo wrestlers to pray for their health and safety under a coronavirus state of emergency on Jan. 9, 2021, a day before the 15-day January Grand Sumo Tournament begins. (Kyodo) ==Kyodo

Sumo elder Oguruma, the JSA director in charge of organizing the tournament, said the association would consider canceling the tournament if new cases are reported during the meet and infectious disease specialists recommend doing so. 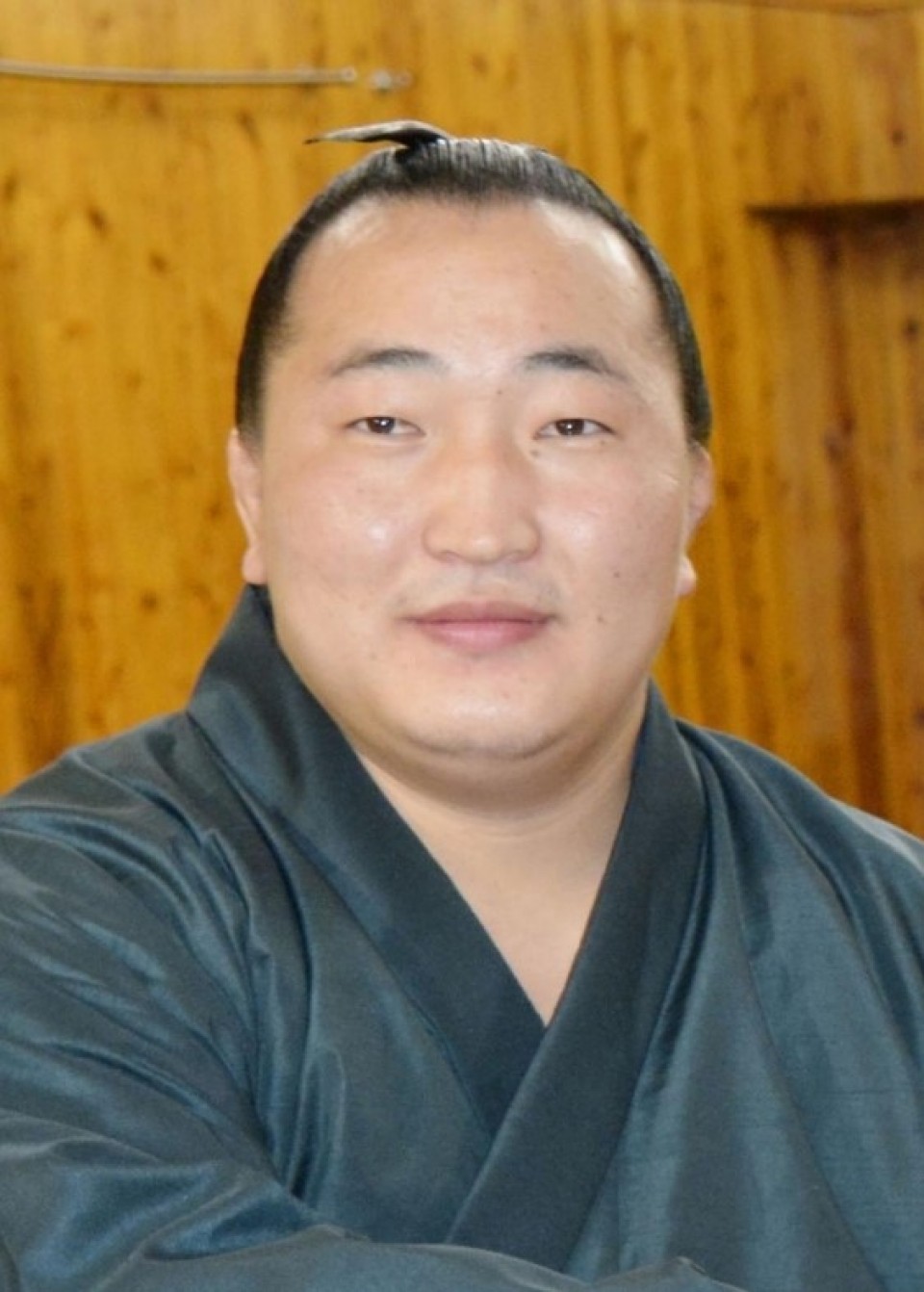 Chiyoshoma is pictured in November, 2015. (Kyodo)

"It's a highly likely scenario...unless there's a strong reason to reject it," Oguruma, the former ozeki Kotokaze, said by telephone.

Oguruma said there is no threshold that would trigger cancelation if a fixed number of infections is reached, and said the JSA would have called off the event had the government requested large-scale events not be held.

Of the five who tested positive Saturday, four, including Mongolian No. 13 maegashira Chiyoshoma, come from the Kokonoe stable, while another wrestles out of the Tomozuna stable. The two stables, along with infected yokozuna Hakuho's Miyagino stable and the Arashio stable, the location of an infection cluster, will skip the New Year meet.

Fifteen wrestlers from the sport's top two tiers, the elite makuuchi division, and the second-tier juryo division, will miss the start of the tournament due to the virus. With Mongolian-born grand champion Kakuryu, 35, ruled out for the fourth straight meet due to lower-back issues, a post-war high of 16 wrestlers will be sidelined on the first day.

The JSA this week ordered all wrestlers and stablemasters tested to ensure the safe and secure staging of the tournament.

Top-division referee Motoki Kimura, affiliated with the Minato stable, also tested positive and will sit out the tournament. He is among a total of 18 stablemasters, referees and hairdressers to have tested positive.

Kokonoe will see 31 wrestlers and staff miss the meet, followed by Miyagino's 19, Tomozuna's 18, Arashio's 14 and Minato's one.

With nine juryo wrestlers missing, the division will have only nine bouts on Sunday.

"Wrestlers who tested positive should not be blamed," Oguruma said. "I hope those who will compete produce good bouts on behalf of those who cannot compete and energize every sumo fan."