Tokyo saw nearly 40,000 new coronavirus cases in January, more than double the previous monthly record infections in December, according to figures released by the metropolitan government on Sunday.

The figure reflected the sharp rise in infections before Prime Minister Yoshihide Suga declared a state of emergency in the capital and surrounding prefectures on Jan. 7, urging people to stay home and asking restaurants and bars to close early. 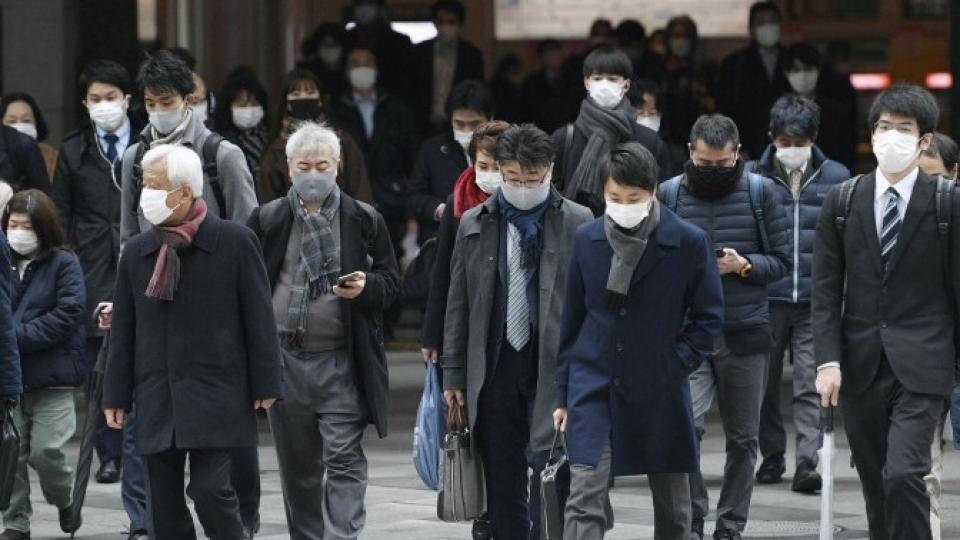 People wearing face masks walk in front of JR Tokyo Station on Jan. 27, 2021. The capital is under a coronavirus state of emergency with global virus cases topping 100 million. (Kyodo) ==Kyodo

The metropolitan government on Sunday reported 633 new coronavirus cases in Tokyo, bringing the total for January to 39,664 and the cumulative tally to 99,841. The January figure compares with 19,245 for December.

Nationally, more than 2,670 new cases were reported the same day, with 65 attributed deaths.

While infections have fallen under the state of emergency, the capital's medical system continues to be overwhelmed and there have been cases of COVID-19 patients not being admitted to hospitals and later dying at home.

The government is scrambling to bring the pandemic under control ahead of the Tokyo Olympics and Paralympics, set to kick off in less than six months.

Sources say Suga is set to extend the state of emergency, which currently covers 11 of Japan's 47 prefectures and is in place until Feb. 7, by as much as one month.

The emergence of potentially more contagious variants of the coronavirus has added to the uncertainty, with 64 people in Japan so far having been found to have contracted one of the types discovered in Britain, South Africa and Brazil.

Some have no history of travel to those countries and a cluster of infections was discovered over the weekend among people in Tokyo and neighboring Saitama Prefecture, suggesting the variants are already spreading within the population.