New Year Grand Sumo Tournament winner Daieisho said Monday he has been inundated with "around 400" messages from friends and well-wishers congratulating him on his maiden top-division championship.

The No. 1 maegashira clinched the title with a 13-2 record on Sunday, the final day of the meet at Tokyo's Ryogoku Kokugikan, to become the first makuuchi division champion from Saitama Prefecture, as well as the first from the Oitekaze stable.

In an online press conference, Daieisho, whose real name is Hayato Takanishi, said the flood of email and text messages had brought home the significance of his achievement. 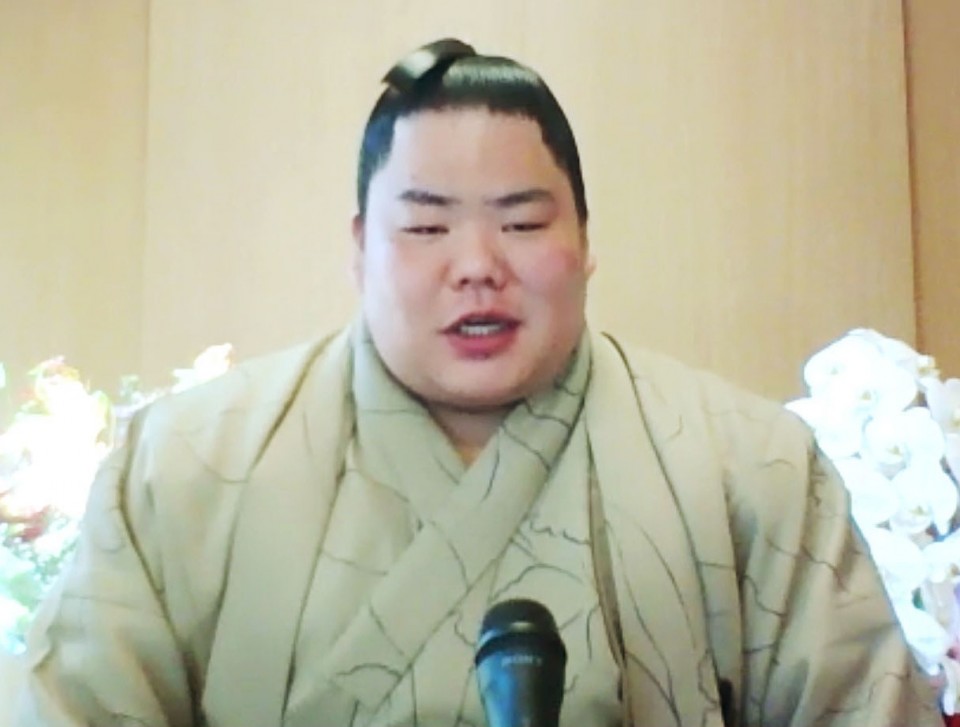 "It made me realize winning the makuuchi division title is really something special," said the 27-year-old, who toasted the victory with his stablemaster in a small celebration on Sunday night.

A tenacious pusher and thruster, Daieisho is set to be promoted back to sumo's third-highest rank of sekiwake, which he previously held for just a single tournament in September.

He went 7-0 against opponents from the elite "sanyaku" ranks over the first week of the New Year meet, becoming the first rank-and-file wrestler to achieve such a feat since the 15-day grand tournament format began in 1949.

At 8-0, he had a two-win lead coming into Day 9 before suffering his first lost against No. 2 Takarafuji. His second loss, against No. 3 Onosho on Day 11, allowed ozeki Shodai to grab a share of the lead at 9-2. 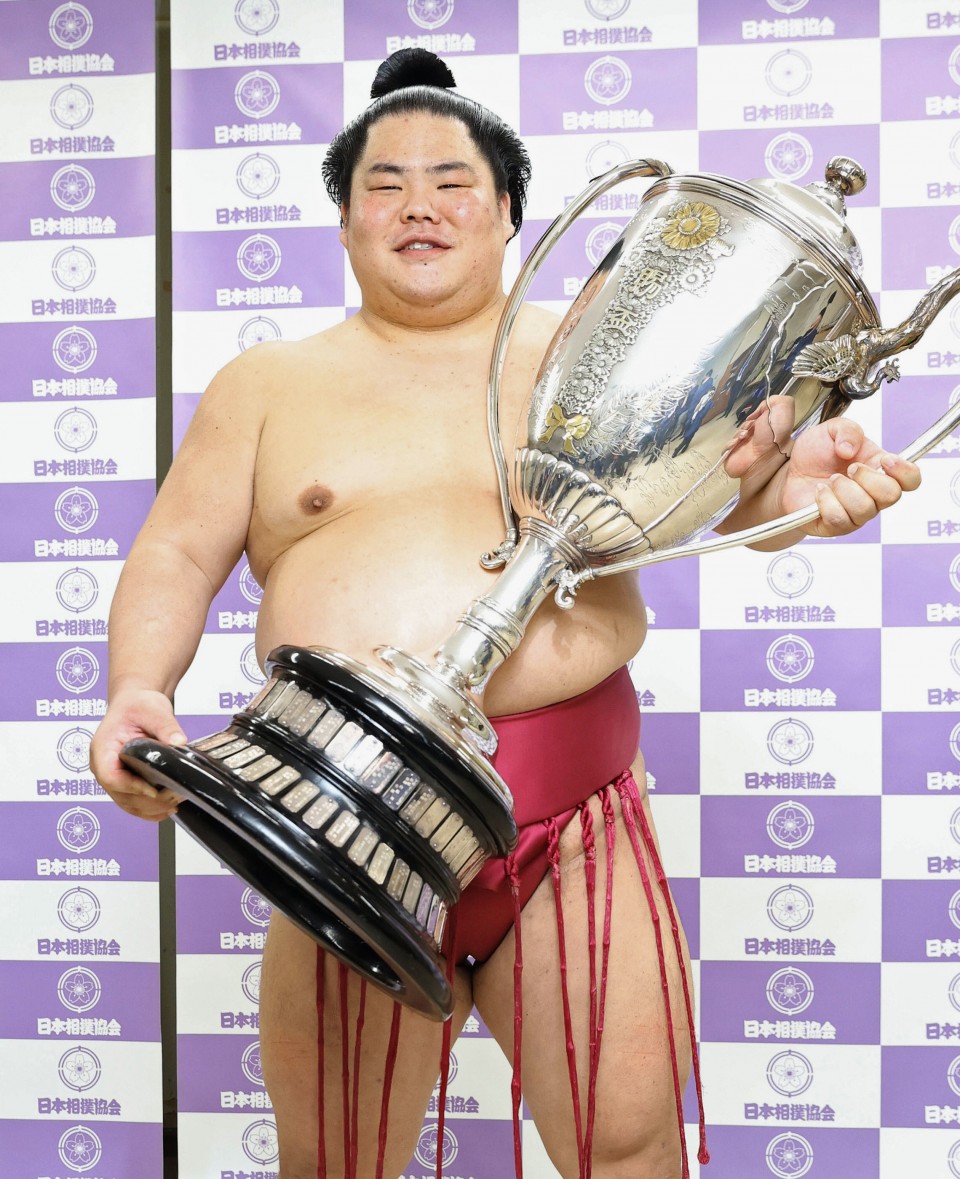 But after Shodai fell to sekiwake Terunofuji on Day 14, Daieisho regained the outright lead entering the final day. He then secured the Emperor's Cup by shoving out No. 5 Okinoumi in trademark fashion.

"I think I've gotten sharper with the first step on my opening charge," said Daieisho, who also earned a "Shukun-sho" Outstanding Performance Prize and his first career Technique Prize.

"I knew I still had a long way to go (at 8-0). But people around me were expecting me to win the championship, and I'm grateful for that."

Having ticked off one of his career goals by winning the championship, Daieisho hopes to achieve another -- earning promotion to ozeki, sumo's second-highest rank.

"I'll do my best to fulfill my dream of being promoted to ozeki. But first I want to get a winning record as a sekiwake," he said.

For the sixth straight year, the New Year champion was a newcomer to the post-tournament victory ceremony. The meet was the first to be held during a state of emergency, the ongoing one covering the Japanese capital and several other prefectures following a spike in coronavirus cases.

The JSA ordered coronavirus tests on around 900 association members before the tournament, while a total of 65 wrestlers, stablemasters and referees missed the entire event for virus-related reasons.

Yokozuna Hakuho, the all-time championship record-holder, withdrew in the lead-up to the meet after testing positive for the virus, while the other Mongolian-born yokozuna, Kakuryu, pulled out ahead of his first scheduled bout due to a lower-back injury.

Ozeki Takakeisho, who came in with a shot at promotion to yokozuna, withdrew with an ankle injury on Day 10 of the tournament, which saw a postwar-record 19 wrestlers withdraw from the top two divisions, 15 due to the coronavirus.