A robot created by a technology college in northeastern Japan recently won the top prize in a robotics competition on the theme of the decommissioning of the Fukushima Daiichi nuclear power plant.

The Mehikari robot of Fukushima College earned praise for its speed as well as ability to employ different methods to retrieve mock debris similar in size to that at the plant, the site of a nuclear disaster triggered by a massive earthquake and tsunami on March 11, 2011. 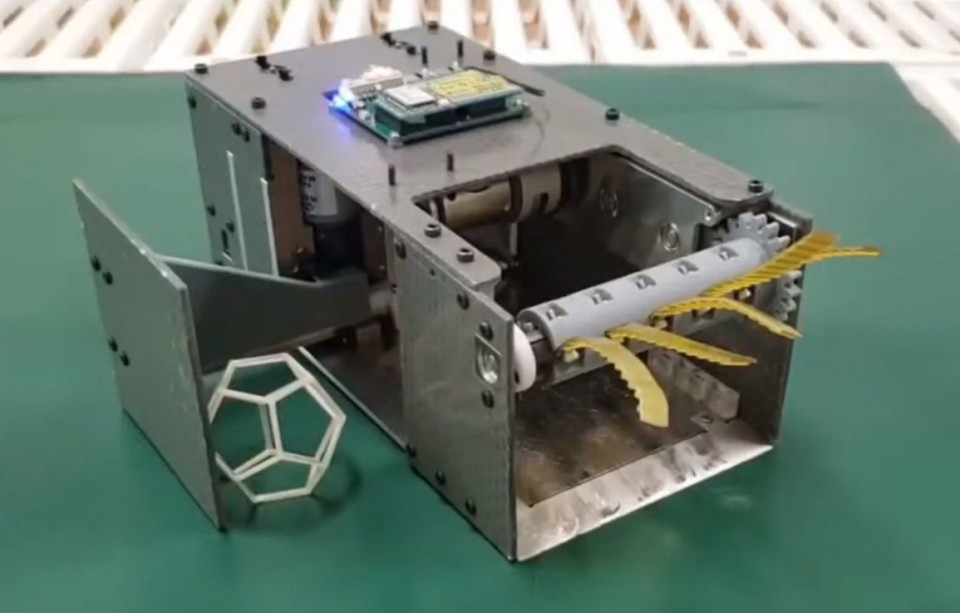 The robot completed the set task in about 2 minutes, the fastest time, in the annual competition aimed at fostering future engineers that was contested by students from 13 colleges belonging to the National Institute of Technology.

Sunday's competition was the fifth of its kind. Students from 14 teams from the colleges across the country such as in Osaka and Kumamoto prefectures were tasked this year with developing robots to remove fuel debris from the plant, organizers said.

"I'll be happy if our robot is useful on the ground," said Hiroha Toba, the 18-year-old leader of the winning team.

The robots were required to pass through a 4-meter-long pipe, land on a pedestal, collect balls representing fuel debris situated 3.2 meters below and return within 10 minutes.

The robots had to be remotely operable without a direct line of sight.

Also according to the contest rules, radio waves could not penetrate certain sections of the field, resembling the real-life situation in which the Fukushima Daiichi plant is covered by thick concrete walls. This meant the teams had to transmit directions by wire when the robots passed those areas.

Due to the coronavirus pandemic, the teams submitted videos of the robots' performance to the organizers in advance. They were evaluated based on speed, accuracy and originality of retrieval method.

The competition was mainly organized by the Japan Atomic Energy Agency and had the support of the education ministry and other entities.