President Joe Biden on Monday signed a "Buy American" executive order to ensure that the federal government spends taxpayers' money on U.S.-made goods in an effort to revitalize the country's manufacturing industry.

"Under the previous administration, the federal government contract awarded directly to foreign companies went up 30 percent. That is going to change on our watch," Biden told a press conference, criticizing former President Donald Trump's "America First" policy for not doing enough to invest in the country's businesses. 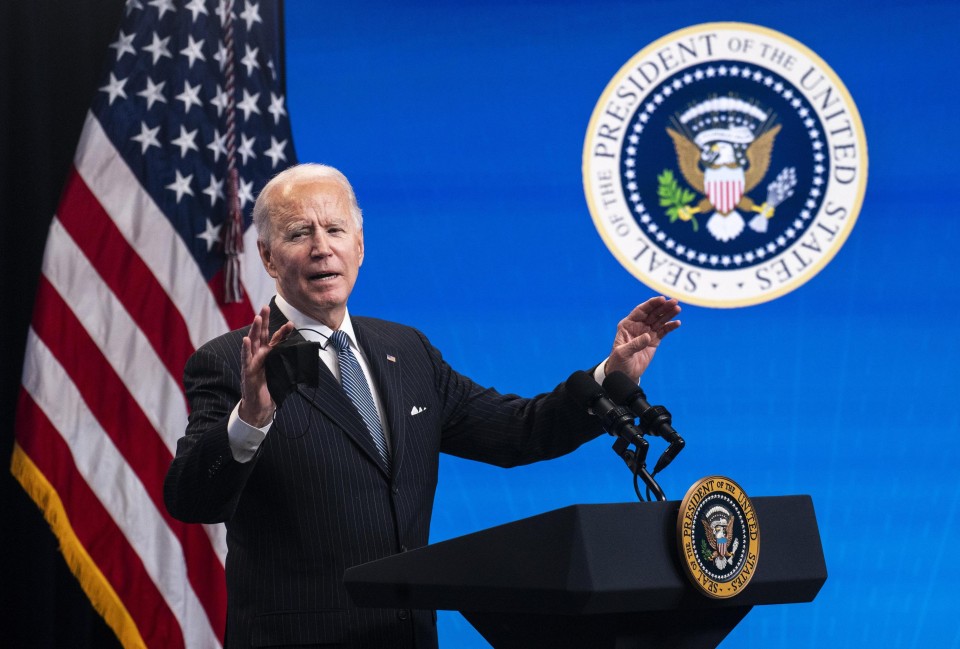 Some $600 billion is spent for government procurement every year, with a federal law requiring agencies to give preferences to American firms, according to Biden.

But there have been "loopholes" that allowed tens of billions of American taxpayers' dollars to be redirected to foreign companies where the products are being made, he said.

Under the order, government agencies will be directed to close the loopholes such as by setting tougher domestic content requirements -- the amount of a product that must be made in the United States to qualify for a purchase.

"The executive action I'm signing today will not only require that companies make more of their components in America, but that the value of those components is contributing to our economy, measured by things like a number of American jobs created and/or supported," he said.

Biden also said that the United States will be committed to working with its trading partners to "modernize international trade rules, including those relating to government procurement."

He vowed to make sure that medical equipment and other essential products will be supplied domestically, saying that the coronavirus pandemic has shown that the United States "can never again be in a position where we have to rely on a foreign country that doesn't share our interest," in an apparent reference to China.

"We'll work with our allies to make sure they have resilient supply chains as well," the president added.