The deal appears to be worth 900 million yen ($8.6 million) a year with additional incentives. The actual values of Japanese contracts are not disclosed. This month, Yomiuri Giants ace Tomoyuki Sugano signed for a reported 800 million yen, a figure touted as Japanese pro baseball's highest ever. 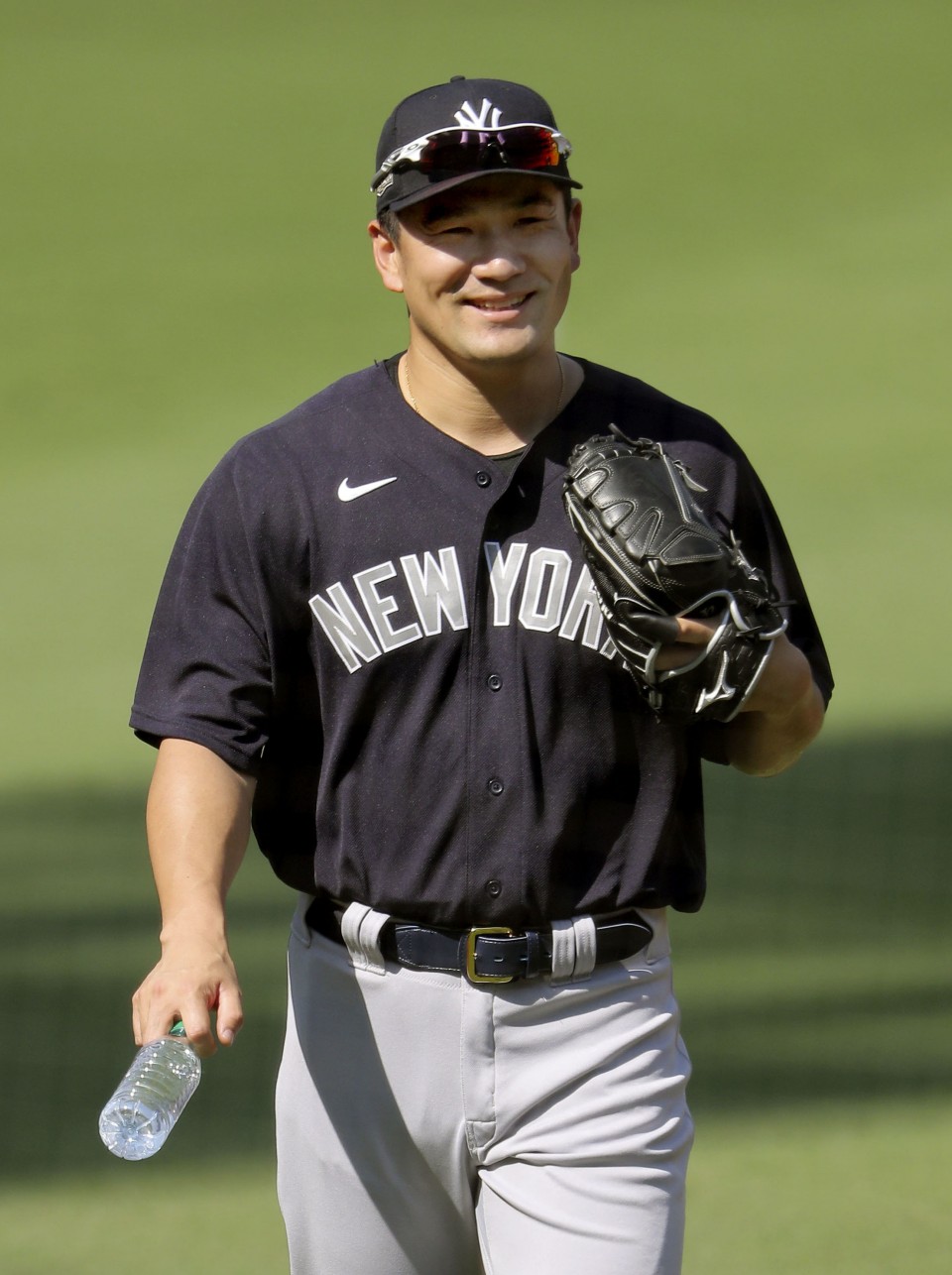 Masahiro Tanaka of the New York Yankees is pictured after finishing pitching practice in San Diego, California, on Oct. 5, 2020. (Kyodo)

"He's a special piece in our pursuit of a championship," said the team's manager and general manager, Kazuhisa Ishii. "He's really a special player."

Spring training starts on Monday, but Ishii said Tanaka will likely report to the club in Okinawa Prefecture before the Eagles' first preseason game on Feb. 23.

The 32-year-old Tanaka last pitched for the Sendai-based Eagles in 2013, when he went 24-0 to help them to their first Japan Series championship. He then signed a seven-year contract with the Yankees after the Eagles agreed to make him available through the posting system.

Tanaka suffered a serious elbow injury in his first major league season but bounced back to go 78-46 with a 3.74 ERA during his time in New York.

March 11 marks the 10th anniversary of the massive earthquake and tsunami that devastated northern Japan's Pacific coast, where the Eagles are based, so this season will be an emotional one for all involved.

The news of Tanaka's return was welcomed by many, including the manager of an "oden" eatery near the Eagles' ballpark that has one of Tanaka's gloves on display.

"This is brilliant news," 50-year-old Hiroaki Tamura said. "Hopefully it will put a few more smiles on peoples' faces."

An elementary school student born the same year as the Eagles' championship, 7-year-old Itsuki Aosawa said he has watched Tanaka pitch in the major leagues.

"I'm so looking forward to seeing him pitch," Aosawa said.

A two-time American League all-star selection, Tanaka became the first Japanese pitcher to win 10 games in each of his first six years in the majors. That streak ended in the 2020 season, when he went 3-3 as the majors' regular season was reduced to 60 games due to the coronavirus pandemic.

After the pandemic forced major league clubs to suspend spring training last March, Tanaka returned to Japan abruptly and said there were things to worry about in America.