Fans in and outside Japan have taken to social media with messages and videos of gratitude for popular Japanese boy band Arashi, which went on hiatus from New Year's Day on Friday.

The five-member group, which made its debut in 1999, bid a temporary farewell on New Year's Eve as it held a virtual live concert while also appearing on Japan's annual year-end music extravaganza on public broadcaster NHK. There was no audience at either event due to the coronavirus pandemic.

"When times get rough and you are troubled, music will always be by your side. When you're sad, please listen to the (songs of) Arashi," Jun Matsumoto, one of the group's members, said during the livestreaming concert from 8 p.m. at Tokyo Dome. 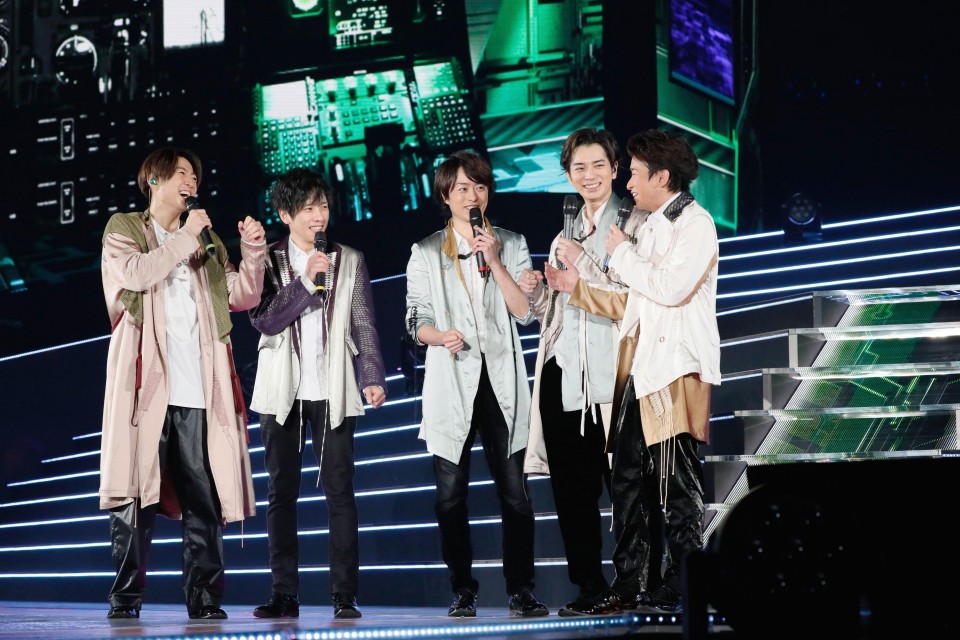 Images of fans watching the concert at home and elsewhere were displayed on monitors onstage and messages in Japanese such as "Until we see each other again" and other languages were shown onscreen.

Hashtags referencing the "This is Arashi Live 2020.12.31" concert trended on Twitter with messages such as "Thank you for the 21 years" shared by many fans.

Arashi has been one of the country's most successful all-male idol groups, managed by Japan's powerhouse entertainment agency, Johnny & Associates Inc. But they stunned their millions of fans with their January 2019 announcement that they planned to temporarily stop performing together.

In the run-up to the hiatus, fans from the Philippines ran a video message at a shopping mall in the capital Manila in late December. A 15-second video clip saying "Thank you" to Arashi in Japanese and showing images of fans was displayed on an object in the shape of a globe.

#SalamatArashi for your efforts in reaching out to your overseas fans. We hope our feelings of gratitude will reach you too.

Isa Marie Filio, 26, and Marjorie Kei Garcia, 32, said the project, called "Salamat Arashi," using the Filipino word for "Thank you," was launched in November to express gratitude to Arashi for its "efforts to reach out" to overseas fans.

Filio first learned about Arashi through the 2005 hit teen romance TV drama "Hana Yori Dango" starring Matsumoto, which was aired in the Philippines.

She said the band's members appear "very approachable and easy to be friends with."

Garcia was thankful to the group for "reaching out to overseas fans with English songs before their hiatus."

In a YouTube video a group of fans from Malaysia sang "Whenever You Call," the group's first all-English song, written and produced by Grammy artist Bruno Mars. Fans from Peru posted a video thanking the group and saying it is "not a goodbye."

The group had planned to perform concerts at home and abroad including in Beijing but either had to cancel or hold them online because of the pandemic.

The band announced its decision to put performing on hold when Ono, the main vocalist and leader of the group, told his bandmates in June 2017 of his wish to "live freely."

During their livestreaming concert, Ono thanked fellow members and said, "Starting tomorrow, I want to value my time and think about my life. I haven't decided what I will do but I will give a go to whatever comes to my mind from tomorrow."

While he will step back from the limelight indefinitely, the other four performers will carry on with solo careers.

The members of Arashi became household names both collectively and individually through appearances in a wide range of media -- from music to dramas and movies, as well as variety shows, commercials, stage and a news program.