A total of 948 people altered their officially registered gender in Japan in 2019, the highest number since a law was enforced more than a decade ago as part of efforts to protect the rights of transgenders, a judicial survey showed Sunday. 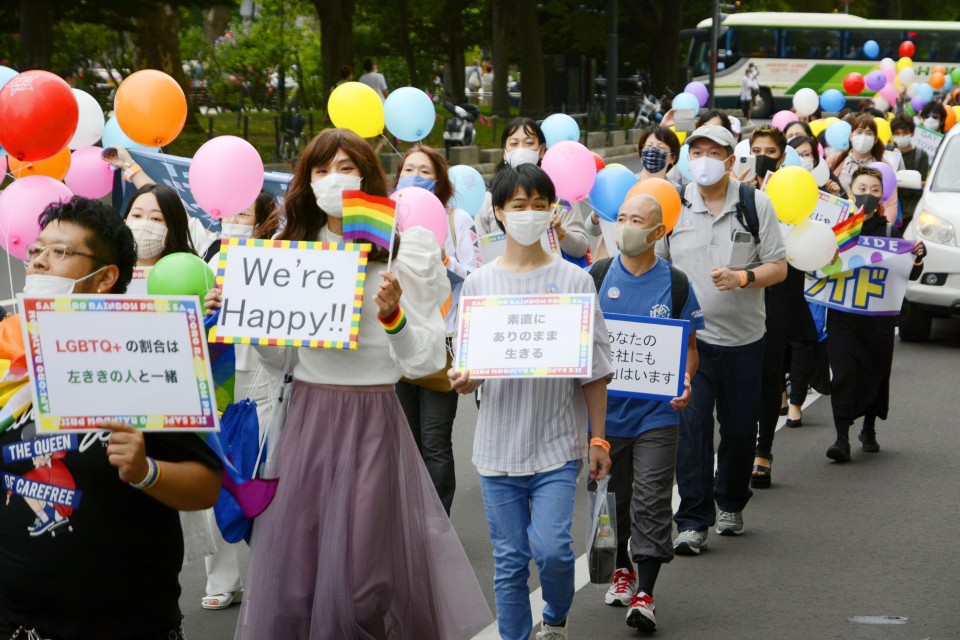 The trend reflects widespread public awareness of those with gender identity disorder and the law, experts say. But they also warn that the environment surrounding such people has not improved significantly, citing strict conditions for them to apply to change their sex in family registries.

The number of people who altered their gender under the law increased from 868 in 2018 and 903 in 2017, according to data compiled by the Supreme Court.

But Japan Alliance for LGBT Legislation, a support group, expects a temporary decrease in the number of such registrations due to the coronavirus pandemic as well as strict legal requirements.

Some people have had to postpone their sex-change surgeries due to travel restrictions and financial difficulties caused by the pandemic, the group said.

Under the law, people diagnosed by at least two doctors as having gender identity disorder can apply to change their registration.

Applicants are also required to meet other conditions including being aged 20 or above, unmarried, having no underage children, and no longer having functioning reproductive organs of their former gender as a result of undergoing sex-change surgeries.

If all the conditions are met, pending approval by a family court, a new registration can be created with a different sex entry.