The Ground Self-Defense Force and the U.S. Marine Corps reached a secret agreement in 2015 to station a GSDF amphibious unit in the Marines' Camp Schwab in the Henoko district of Okinawa Prefecture, Japanese and U.S. government sources said Sunday.

But the deal over a regiment of the Amphibious Rapid Deployment Brigade came without approval from non-uniform officials of Japan's Defense Ministry, prompting criticism from them that the GSDF acted against the principle of civilian control, according to the sources.

The plan has been suspended due to the impasse between Okinawa and the Japanese government over the planned relocation of the Marines' Air Station Futenma from a densely populated area in Ginowan to the Henoko coastal area of Nago. 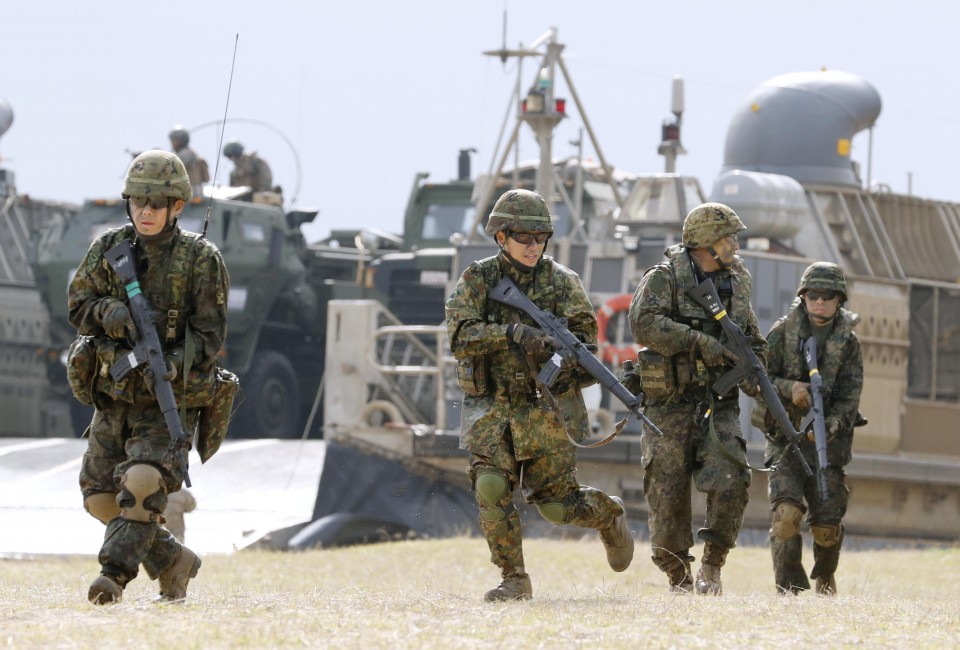 The GSDF, however, has yet to give up the plan, given potential contingencies surrounding the Senkaku Islands, a group of East China Sea islets controlled by Japan but claimed by China, the sources said.

The Japanese government's top spokesman, Chief Cabinet Secretary Katsunobu Kato, said at a press conference on Monday the Defense Ministry was mulling where to place the regiment and that no decision had been made to station it at Camp Schwab.

Dubbed the Japanese Marines, the brigade, set up in 2018 in Sasebo in Nagasaki Prefecture, southwestern Japan, is tasked with defending far-flung islands in Japan's southwest such as the Senkakus, located about 400 kilometers west of Okinawa's main island.

If Camp Schwab and a Futenma replacement facility in Henoko are jointly used by the two allies through the planned stationing of the regiment, it would increase deterrence against Beijing but put more of a burden on Okinawa.

The southernmost island prefecture accounts for about 70 percent of the total acreage exclusively used by U.S. military facilities in Japan, despite representing only 0.6 percent of the country's land. Local residents are opposed to their presence due to a history of violent crimes and deadly accidents involving U.S. servicemen.

Okinawa Gov. Denny Tamaki told reporters on Monday he was unaware of any agreement to host the regiment in his prefecture but that it would be "unacceptable" for residents.

According to the sources, the Ground Staff Office started crafting a plan in 2012 to build the brigade.

It decided to set up three 650-member regiments in the brigade, one of which, according to the plan, would be deployed to Okinawa so that GSDF troops can respond rapidly in the event of emergencies surrounding the Senkakus, known as Diaoyu in China.

The secret agreement to station the regiment in Camp Schwab was struck in 2015 between Gen. Kiyofumi Iwata, then chief of staff of the GSDF, and Lt. Gen. Lawrence Nicholson, then top commander of U.S. military forces in Okinawa.

At present, the brigade has two regiments and a third one will be set up in Kyushu in fiscal 2023. 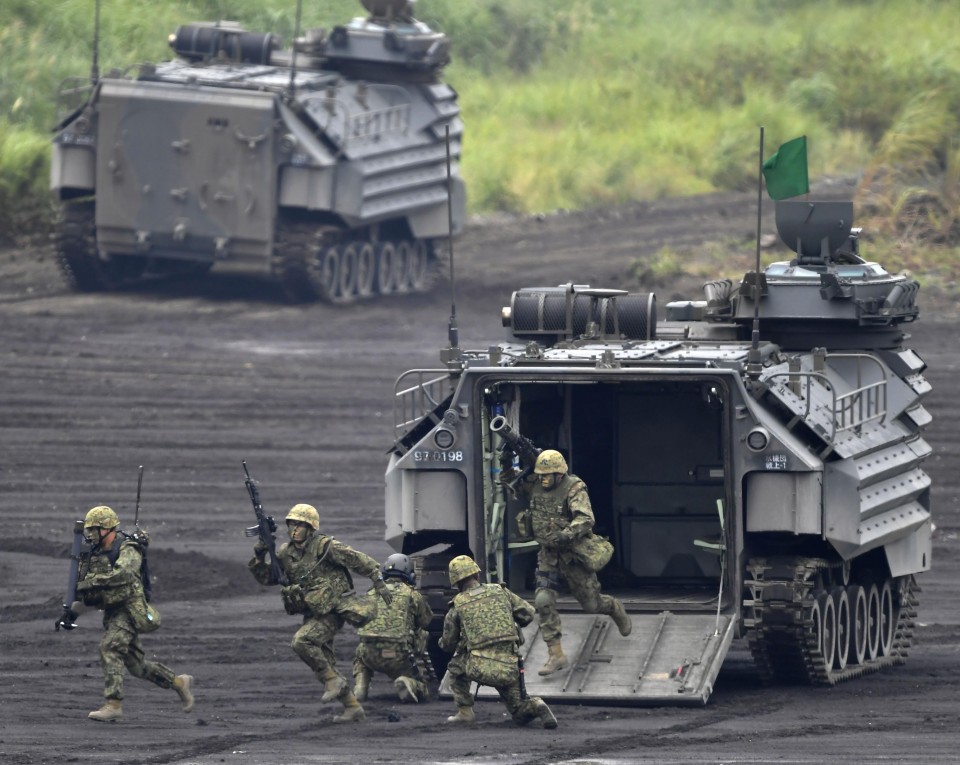 The GSDF views the current deployments of the three regiments as temporary, and believes that one of them will be transferred to Henoko in the future, the sources said.

The GSDF is also considering deploying the regiment expected to be dispatched to Camp Schwab temporarily to the Marines' Camp Hansen in Okinawa first, they said.

The two sides judged Camp Schwab would be the best location to host the regiment given its ability to maximize take-offs and landings of Osprey, a tilt-rotor transport aircraft that would transport the regiment, according to the sources.

The camp would also give easy accesses for Maritime Self-Defense Force transport ships to load amphibious vehicles, creating an environment for the two forces to conduct amphibious training for defending remote islands at any time, the sources said.

Japan sought "quiet" talks with U.S. on defense cost-sharing in 1989