The extra budget, submitted to the lower house last week together with a draft budget for fiscal 2021 starting April, is expected to clear the House of Councillors on Thursday for enactment, despite opposition criticism that it does not sufficiently prioritize support for medical care over non-urgent projects. 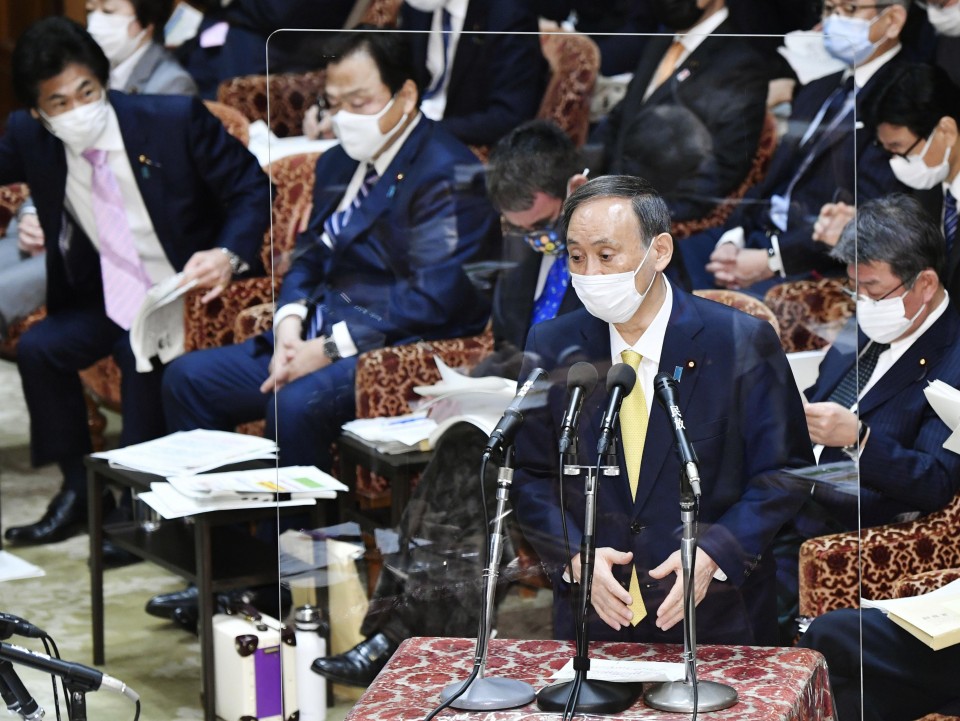 With the additional fiscal backing approved by the Cabinet in December, the government is looking to promptly implement steps to curb a third wave of coronavirus infections that led Prime Minister Yoshihide Suga earlier this month to declare a second state of emergency in Tokyo and 10 other prefectures.

The latest extra budget comprises a newly allocated 15.43 trillion yen, with the rest carried over from previously approved budgets for the current fiscal year.

Of the 19.18 trillion yen, 4.36 trillion yen will be spent on measures to prevent the virus from spreading, such as financial support for restaurants and bars cutting opening hours at the request of prefectural governments, and helping medical institutions to secure more beds for COVID-19 patients.

The government plans to use 1.03 trillion yen to extend to late June its controversial "Go To Travel" subsidy program to support the virus-hit tourism sector. The campaign, launched in July last year, has been suspended nationwide since late December in response to the latest resurgence of infections, which began in mid-November.

Opposition lawmakers have claimed at the lower house Budget Committee that the financial aid for medical workers and people in need is insufficient, saying outlays for the Go To campaign and public works projects should be eliminated or reduced.

But the ruling parties have held firm, with Suga saying at the committee that the funding for the Go To campaign is necessary to prepare for its "resumption at an appropriate time."

At a Diet session on Tuesday, the premier also said he has no plans to deliver fresh cash handouts across the board, despite the issuance of the second virus emergency.

Last year, the government distributed 100,000 yen each to all of the country's 126 million residents following the first virus emergency declared in April.

Meanwhile, Suga apologized that some virus-infected people are reported to have died at home while waiting to be hospitalized amid bed shortages as new cases surge.

"As the person in charge, I'm very sorry (for the people who died at home)," Suga said, admitting that there are deficiencies in medical care provision and this is causing public anxiety.

The supplementary budget is part of the government's latest stimulus worth 73.6 trillion yen, which will partly be financed by the initial budget for fiscal 2021 and private funds.

The record fiscal 2021 initial budget totaling 106.61 trillion yen is expected to be approved by parliament by the end of March.