The Imperial Household Agency said Monday it has canceled a public birthday event for Emperor Naruhito at the Imperial Palace for the second year in a row to prevent the spread of the novel coronavirus.

The birthday address, which was to be held on Feb. 23 to celebrate the emperor's 61st birthday, was also canceled last year due to the pandemic. 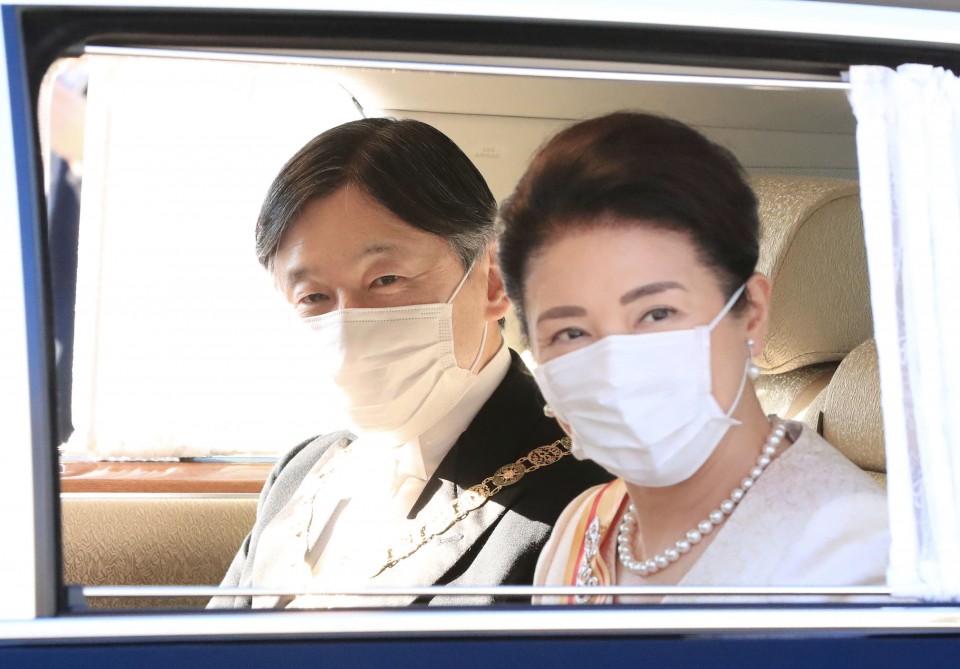 Japanese Emperor Naruhito and Empress Masako arrive at the Imperial Palace in Tokyo to attend a scaled-down New Year's ceremony on Jan. 1, 2021, wearing masks amid the coronavirus pandemic. (Kyodo) ==Kyodo

The event was called off because it would be held "at the end of February when it is cold," while "many people would congregate at the palace," Kenji Ikeda, vice grand steward of the agency, said at a press conference.

Around 82,000 well-wishers visited the palace for Emperor Akihito's final birthday address from the throne in December 2018.

Prior to the pandemic, the emperor's birthday address was last canceled in 1996 according to the wishes of then Emperor Akihito due to the hostage crisis at the Japanese Embassy in Peru.

The New Year address, which usually takes place on Jan. 2, was called off for this year. Instead, the emperor and his wife, Empress Masako, released a video on New Year's Day.

The two public addresses usually see the emperor, empress, and other members of the family from a balcony greet gathered well-wishers.