Britain began on Sunday accepting applications for a new visa from Hong Kong people that would make it easier for them to emigrate to the country, following China's imposition last year of a sweeping national security law on the former British colony.

With roughly 70 percent of the Chinese territory's residents, or about 5.4 million people, eligible to apply for the visa, observers are holding their breath to see if the measure would result in a wave of immigration across the continent. 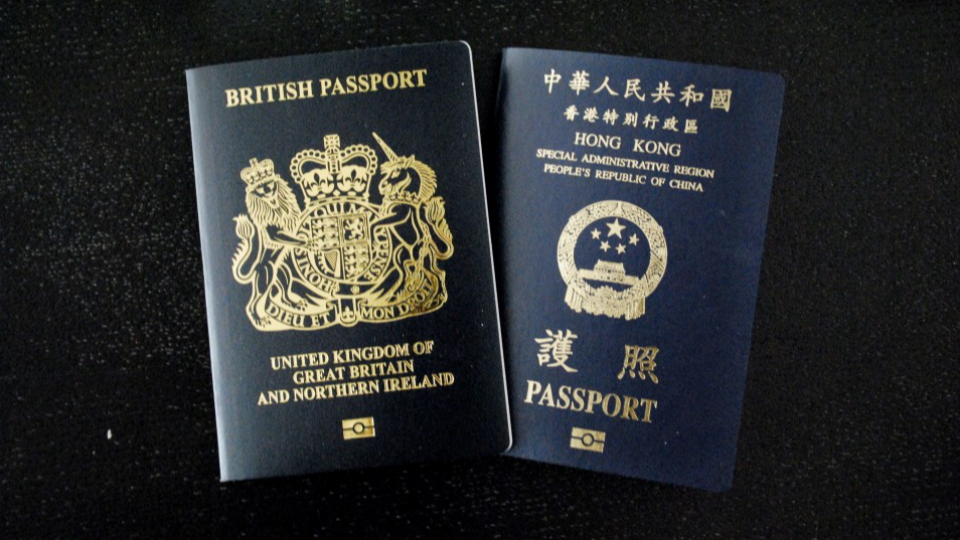 About 2.9 million Hong Kong residents who have British National (Overseas) status and their dependents can apply for the visa, which allows them to reside and work in Britain for five years and apply for citizenship after staying for another year.

China, not happy with the British move, said Friday it would stop recognizing the BNO passport as a travel document from Sunday.

Previously, BNO passport holders were only able to stay in Britain visa-free for up to six months and were not allowed to work.

The British government announced the new visa one day after the national security law was implemented in Hong Kong following months of anti-government protests that convulsed the city.

The British government projects some 300,000 people will apply for the visa over the next five years, including up to 150,000 this year, according to Hong Kong media. If realized, it would come close to the mass immigration seen before the 1997 handover.

The BNO passport had not been issued to all the approximately 2.9 million residents with the BNO status, but since the pro-democracy protests intensified in June 2019, Hong Kong residents applied for one in increasing numbers, particularly after the June 2020 imposition of the national security law.

There were about 730,000 BNO passport holders at the end of last year.

The law targets acts of secession, subversion, terrorism and collusion with foreign forces. It carries a maximum penalty of life imprisonment, while selected suspects could be sent to mainland China for investigation and trial.