Russian police detained more than 2,000 people at rallies on Sunday across the country calling for the release of jailed Kremlin critic Alexei Navalny, the OVD-info protest monitoring group said.

Police in Moscow locked down the center of the city ahead of a planned protest in the capital, according to AFP news agency. 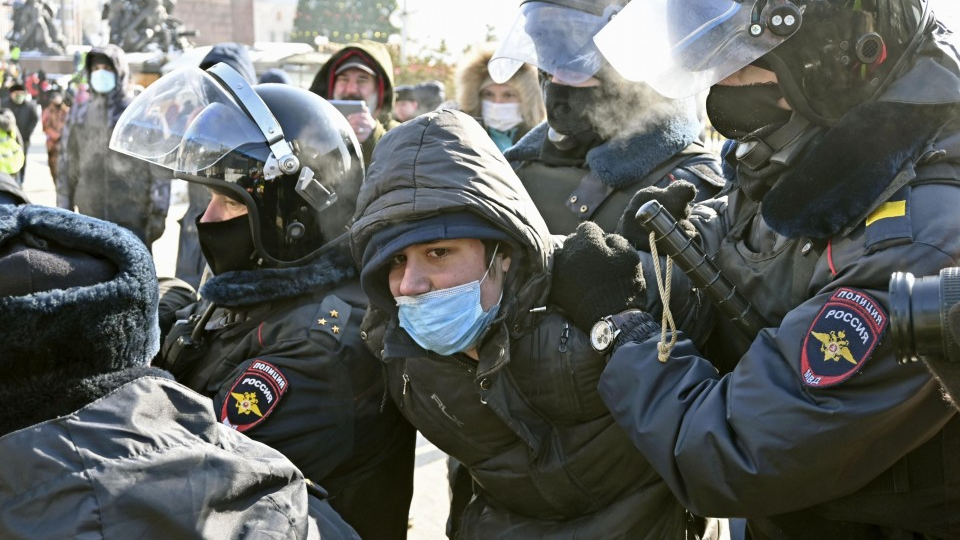 A man (2nd from R) is detained by police in Vladivostok, Russia, on Jan. 31, 2021, during a protest against the jailing of opposition politician Alexei Navalny. (Kyodo) ==Kyodo

Police said the protests have not been authorized and will be broken up as they were last weekend, Reuters reported. More than 4,000 people were detained at the rallies on Jan. 23.

Navalny, a prominent critic of Russian President Vladimir Putin, was detained by the police on Jan. 17 soon after he arrived in Moscow from Germany, where he had been recuperating for five months after a nerve-agent attack he blames on Russian authorities.

Last week, foreign ministers of the Group of Seven industrialized countries criticized Moscow for arresting Navalny and called for the release of the opposition leader and his supporters detained for protest activities.