East Japan Railway Co. said Wednesday that last trains of the day will depart earlier for the time being in the Tokyo metropolitan area starting Jan. 20 to stem the spread of the resurgent coronavirus.

The move will affect 11 lines run by the operator, also known as JR East, and other railway companies in the capital region are expected to follow suit from the same day. 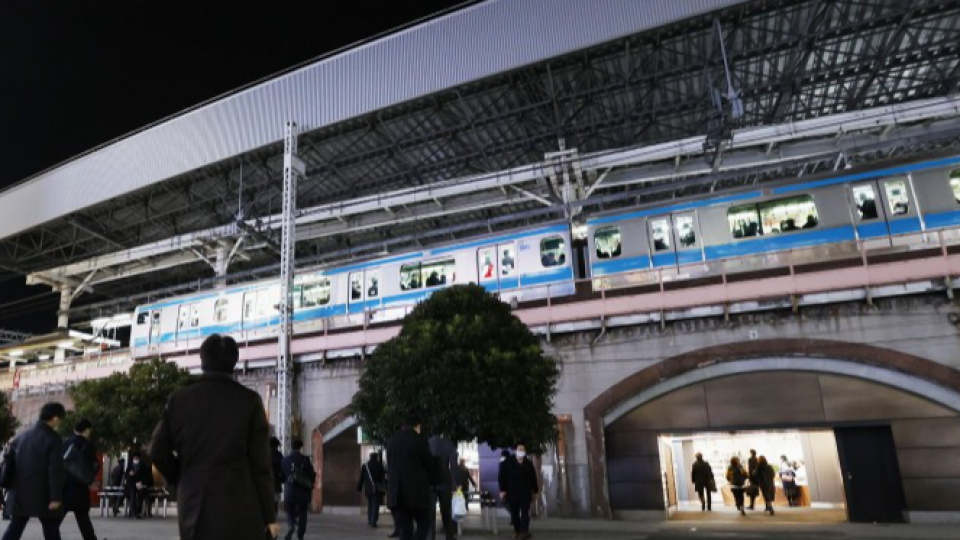 People head to JR Shimbashi Station in Tokyo on the evening of Jan. 7, 2021. Japanese Prime Minister Yoshihide Suga declared a state of emergency the same day in Tokyo and adjacent Kanagawa, Chiba and Saitama prefectures to fight a recent surge in coronavirus infections. (Kyodo) ==Kyodo

The governors of Tokyo and three neighboring prefectures, as well as the transport ministry, have asked railway operators to move up the departure times of final trains ahead of changes that had already been scheduled for March because of declining late-night passenger numbers and other factors.

JR East will suspend a total of 42 trains on weekdays and 40 trains on Saturdays and holidays on the 11 lines, bringing forward the departure times of the last trains by 8 to 32 minutes. The 11 include the Yamanote, Chuo, Keihin Tohoku and Keiyo lines.

The suspension is expected to last at least until Feb. 7, the end date of the virus emergency currently declared in Tokyo, Chiba, Kanagawa and Saitama prefectures, according to JR East.

But the company said it will decide when to end the measure in light of whether the emergency declaration is extended.

The government declared a virus emergency for a second time in the Tokyo metropolitan area last Friday and Prime Minister Yoshihide Suga is set to expand it to seven other prefectures including Osaka and Aichi on Wednesday.

Railway operators initially planned to bring forward last train departures in the Tokyo area from this spring. In addition to responding to fewer passengers traveling late at night, they aimed to improve conditions for maintenance staff who work overnight after train services conclude.