With the coronavirus pandemic restricting human interaction, pet ownership has shot up in Japan as people hunger for companionship in stressful times.

But some animal rights groups warn that the surge could be setting up a dire situation for many of the newly bought pets once peoples' lives return to normal and less time is spent at home. 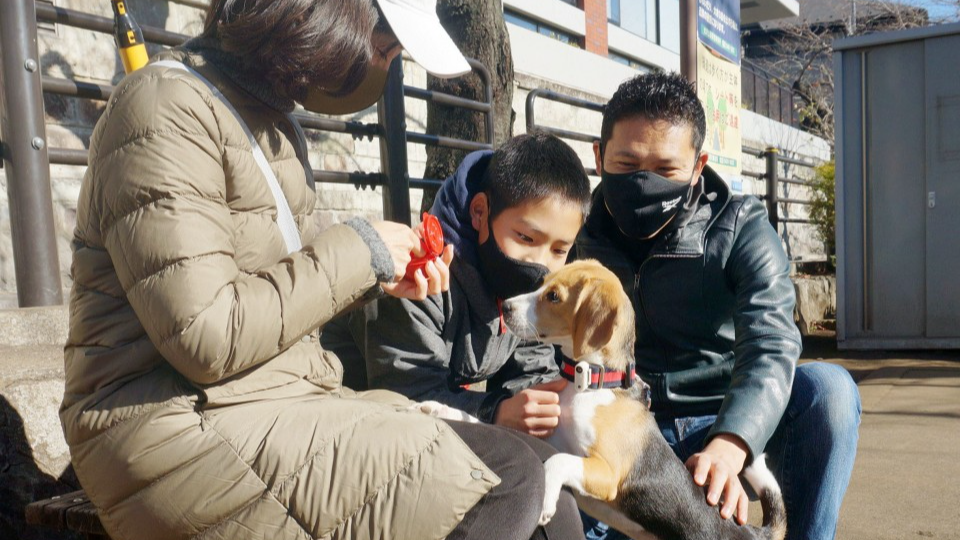 A 47-year-old man who works in Tokyo, his wife, and his fourth-grader son often strike up conversations with other dog owners while walking Cookie, a beagle who became a member of their family around six months ago.

The man began teleworking at the end of February last year but became somewhat of a recluse as he only works from home.

Now, Cookie's presence has resulted in the family making more friends in the neighborhood, the family said.

"Because of the connection with Cookie, this has opened up our world," said the man's wife.

The man, meanwhile, says he feels a sense of security since he can engage in conversations with other dog owners while still practicing social distancing.

The family, who chose to remain anonymous, had wanted to get a dog before, but it was only when they began spending more time together at home due to the pandemic that they felt they could care for a puppy's needs.

"Now I have a younger sibling," the boy said with a smile, referring to his lively companion.

A 2020 survey conducted by the Japan Pet Food Association found a 15 percent increase in dog and cat ownership compared with the previous year. There were an estimated 8.49 million dogs and 9.64 million cats being kept as pets in Japan as of October.

Although pet ownership rose, the number of dogs dropped while cat numbers were level compared with 2019, a trend the Tokyo-based association attributed to the aging of Japan's population since cats are easier to look after than dogs.

According to Anicom Holdings Inc., which provides pet health insurance, there was a 33.2 percent rise in new contracts between April and September last year compared with the same period in 2019. The period includes the time the country was under a nationwide state of emergency over the pandemic from early April to late May.

"I think as interactions between people became restricted, pets became something people who desired the warmth of life could turn to in order to soothe their loneliness," said an Anicom Holdings spokesperson.

Cookie's family say they understand the commitment that owning a pet requires but Rencontrer Mignon, a group that looks after abandoned pets and finds new owners for them, worries what will become of many recently acquired pets once the pandemic ends. 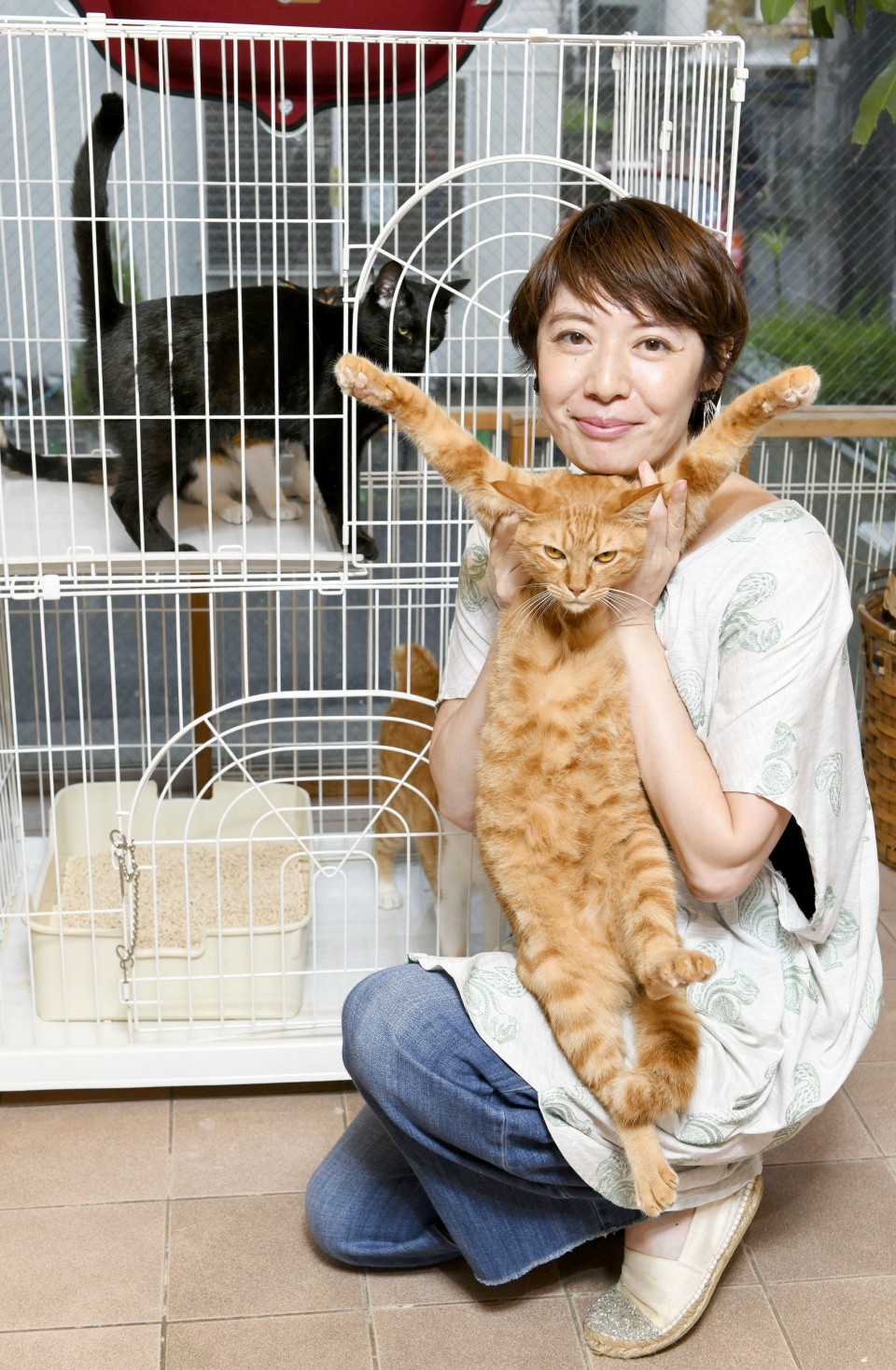 Photo taken on Sept. 9, 2019 in Tokyo shows Ryoko Tomomori, representative of animal protection group Rencontrer Mignon and cats that have been taken into protective custody. (Kyodo)

"I'm concerned that these animals might be abandoned in five or 10 years if the affection for them wears off," said the group's Ryoko Tomomori.

Rencontrer Mignon has received an increase in requests to acquire dogs and cats since the coronavirus pandemic began but has turned prospective owners down if it feels the commitment is lacking.

In some cases, dogs or cats might live as long as 20 years -- a recipe for disaster, says Tomomori, unless pet owners are fully prepared to look after them as they grow old.

"They require the same degree of readiness and years and economic burden that someone must have to raise a child to graduate through high school or when they purchase a house with a mortgage."

"Even if people think pets are cute, I hope they take time out to calmly think about whether they can truly keep one till the end of a pet's life," she said.