Rentable mobile phone chargers have been installed in a handful of public phone booths in southwestern Japan, the first endeavor of its kind in the country, a telecommunications giant's regional unit said recently. 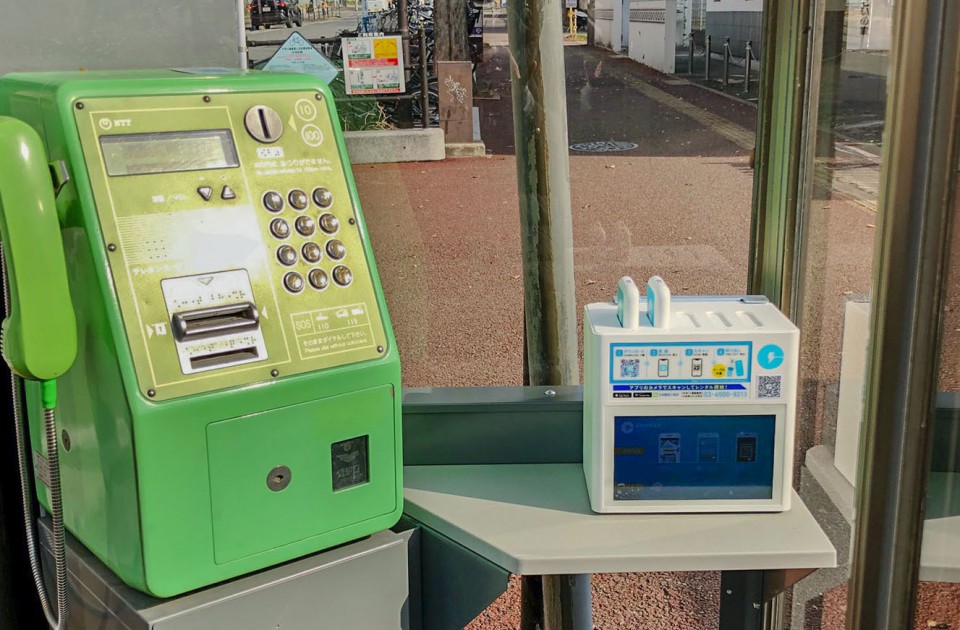 The chargers, installed by the Tokyo-based Inforich, can be returned to a different public phone booth as well as convenience stores that have installed Inforich's chargers.

In times of disaster, mobile phone chargers have become a necessity. During the 2018 earthquake in Hokkaido, residents and tourists alike flocked to the Sapporo city hall to ask to charge their phones after the northernmost island experienced an electricity blackout.

To avoid what had happened in Sapporo, Inforich has agreed with the city to loan out its chargers for free in Fukuoka during times of disaster.

Japan currently has around 66,000 public phone booths, but its numbers have been dwindling due to the wide use of smartphones.

As a new way of utilizing public phone booths, NTT West has also allowed mobile phone operators to set up radio base stations on top of the phone booths.