Japan's parliament enacted Thursday a third extra budget for fiscal 2020 totaling 19.18 trillion yen ($185 billion) to ramp up measures to fight the coronavirus pandemic, despite criticism of the government over how the money will be used.

The supplementary budget for the current fiscal year ending March cleared the House of Councillors after passing the House of Representatives on Tuesday. 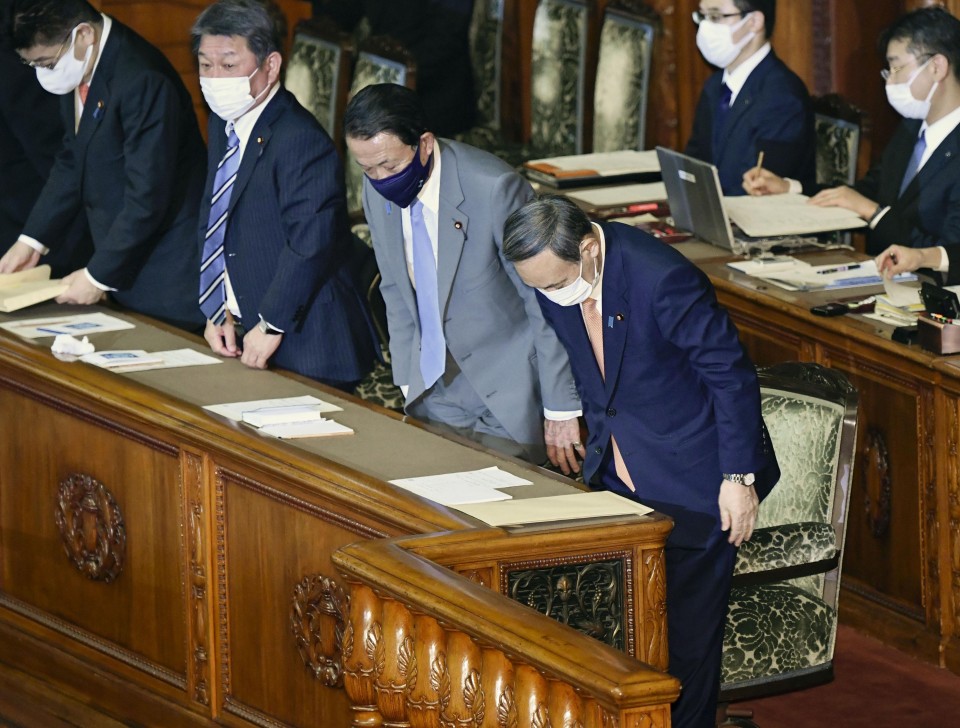 Opposition lawmakers had demanded that non-urgent spending, such as for the government's controversial "Go To Travel" subsidy program, should be redirected to provide financial aid to medical workers and people in need, but the ruling parties opposed revising the package.

The extra budget contains 15.43 trillion yen in newly allocated funds, with the rest carried over from previously approved budgets for the current fiscal year.

Japan has been facing a third wave of novel coronavirus infections since mid-November that forced Prime Minister Yoshihide Suga to declare a second state of emergency covering Tokyo and 10 other prefectures earlier this month.

Approved by the Cabinet last month, the extra budget includes 4.36 trillion yen for measures to prevent the virus from spreading, such as financial support for restaurants and bars cutting opening hours at the request of prefectural governments, and helping medical institutions to secure more beds for COVID-19 patients.

To support the virus-hit domestic tourism sector, 1.03 trillion yen has been earmarked to extend the travel subsidy program to late June. Launched last July, the program was suspended nationwide in late December in response to the resurgence of infections.

The government will use 2 trillion yen to establish a fund for companies developing green technologies as part of efforts to achieve net zero carbon emissions by 2050 and spur economic growth, one of Suga's signature policies.

The extra budget is part of the government's latest stimulus worth 73.6 trillion yen, which will also be financed by the initial budget for fiscal 2021 and private funds.

The record fiscal 2021 draft budget totaling 106.61 trillion yen was submitted to the lower house last week together with the fiscal 2020 third extra budget and is expected to be approved by parliament by the end of March.

With additional bond issuance worth 22.4 trillion yen, the supplementary budget will bring total government spending for the current fiscal year to a record-high 175.69 trillion yen. As a result, Japan's total new debt issuance for the year is set to hit an all-time high of over 112.55 trillion yen.

Last year, Japan's parliament passed two extra budgets for fiscal 2020 totaling 57.6 trillion yen to finance economic stimulus steps to counter the pandemic. Among the past measures were 100,000 yen cash handouts to all of Japan's 126 million residents.