Japan has no intention of joining a U.N. treaty banning nuclear weapons, Prime Minister Yoshihide Suga reiterated Friday, voicing doubts about the effectiveness of an agreement that is not supported by nuclear weapons states.

Suga also said Japan would be "cautious" in considering observer status for the treaty, which took effect the same day following ratification by more than 50 signatories. 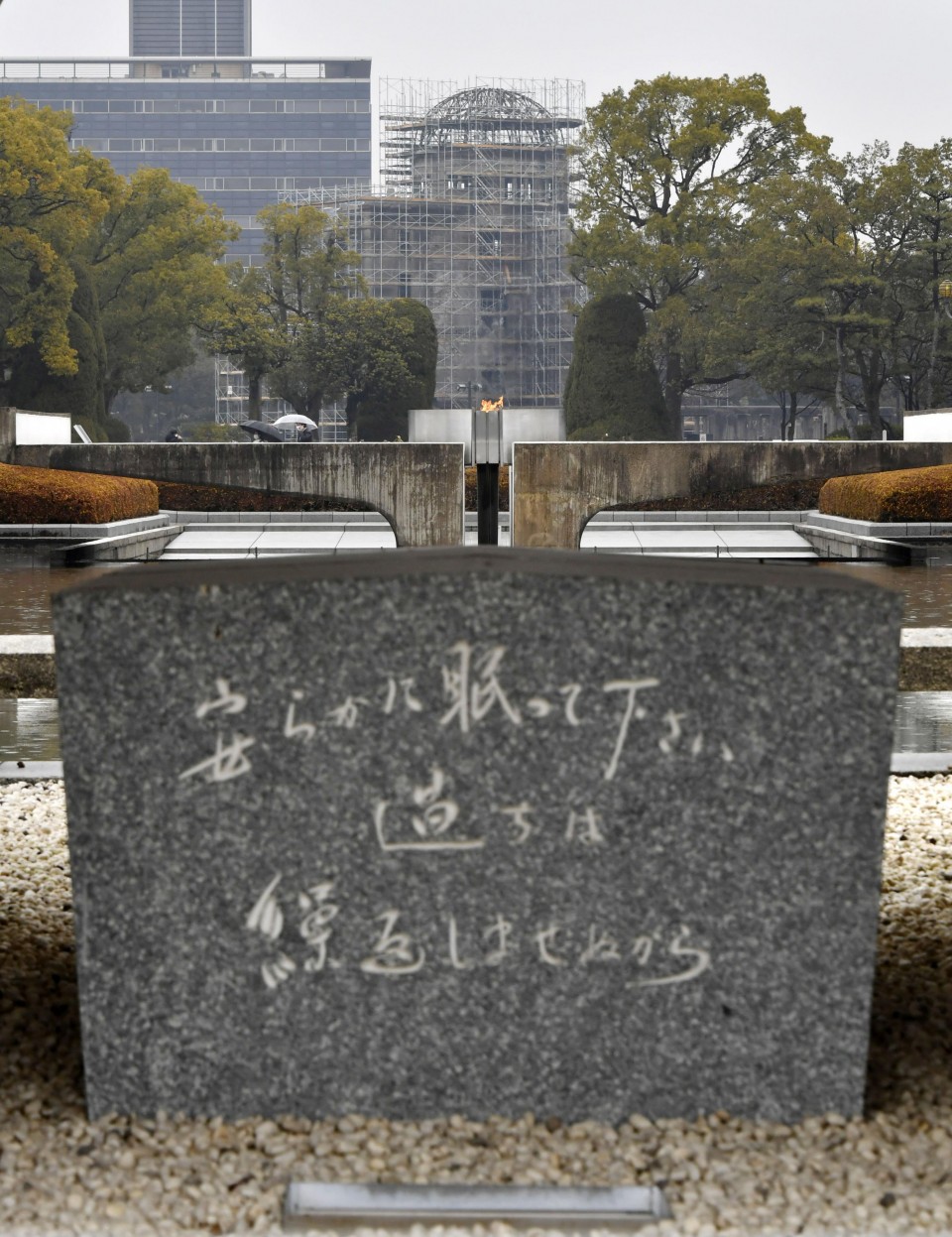 Photo taken in Hiroshima on Jan. 22, 2021, shows the cenotaph for atomic bomb victims at the Peace Memorial Park, with the Atomic Bomb Dome in the background.

"As the only country to have ever suffered atomic bombings during wartime, Japan has a responsibility to take the lead in efforts by the international community to realize a world without nuclear weapons," Suga said in parliament.

"But the Treaty on the Prohibition of Nuclear Weapons does not have the support of nuclear weapons states nor many non-nuclear weapons states," he continued. "In line with our position that it is necessary to pursue a steady and realistic path toward nuclear disarmament, Japan has no intention of signing the treaty."

Japan will proactively contribute to international discussions so that the U.N. review conference on the Nuclear Non-Proliferation Treaty slated for August this year will produce concrete results, Suga said.

Japan has also decided not to join the pact banning nuclear weapons because it depends on the U.S. nuclear umbrella to protect it from threats including North Korean missiles. The pact is the first prohibiting the development, testing, possession and use of nuclear weapons.

"Japan will also hold dialogue with countries supporting the treaty to fulfil the role of a bridge maker between countries with different positions," Motegi said.

The U.S. atomic bombings of Hiroshima and Nagasaki in August 1945 together killed an estimated 214,000 by the end of that year and left many more with lasting side effects.