Toyota Motor Corp. group ranked top in global auto sales in 2020 for the first time in five years on a robust pickup in sales in China and the United States, overtaking Volkswagen AG of Germany, data showed Thursday.

The Japanese auto giant, however, suffered less of an impact from the coronavirus pandemic than other carmakers. 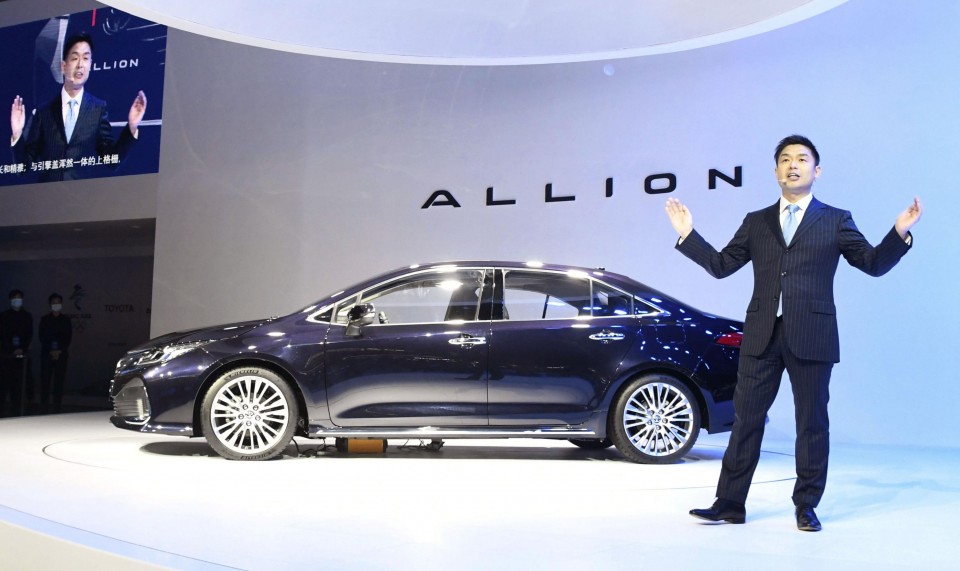 Toyota's global annual sales logged their first decline in five years, after they fell sharply in the April-June quarter due to the worldwide economic fallout from the pandemic.

However, sales recovered in its main markets such as China and the United States from the fall, posting three consecutive months of increase from October, Toyota said.

A Toyota official said the company's aggressive sales strategy, which saw it roll out a series of new models, contributed to relatively solid sales in 2020 compared with other automakers.

"Our sales dropped from a year earlier amid the pandemic, but the decline was limited to around 10 percent level," the official said.

In 2020, the Toyota group sold 2.16 million vehicles including minicars in Japan and 7.37 million in overseas markets, while producing a total of 9.21 million units worldwide, down 14.1 percent from the previous year.

The total sales of the three-way alliance of Nissan Motor Co., Renault SA and Mitsubishi Motors Corp. stood at 7.8 million vehicles, down 23.2 percent, due to its slower sales recovery in its main auto markets including the United States and Europe.

The combined auto sales of Japan's eight major automakers sank 15.9 percent to 23.49 million vehicles, with all manufacturers posting declines amid the pandemic.