China has decided to impose sanctions on former U.S. Secretary of State Mike Pompeo and other 27 policymakers for violating the country's sovereignty in recent years, the Foreign Ministry said Thursday on its website.

The move underscores Beijing's grudges against former U.S. President Donald Trump's administration, which promoted anti-China policies such as higher tariffs, sanctions on Chinese high-tech companies and its support of measures for Hong Kong and Taiwan. 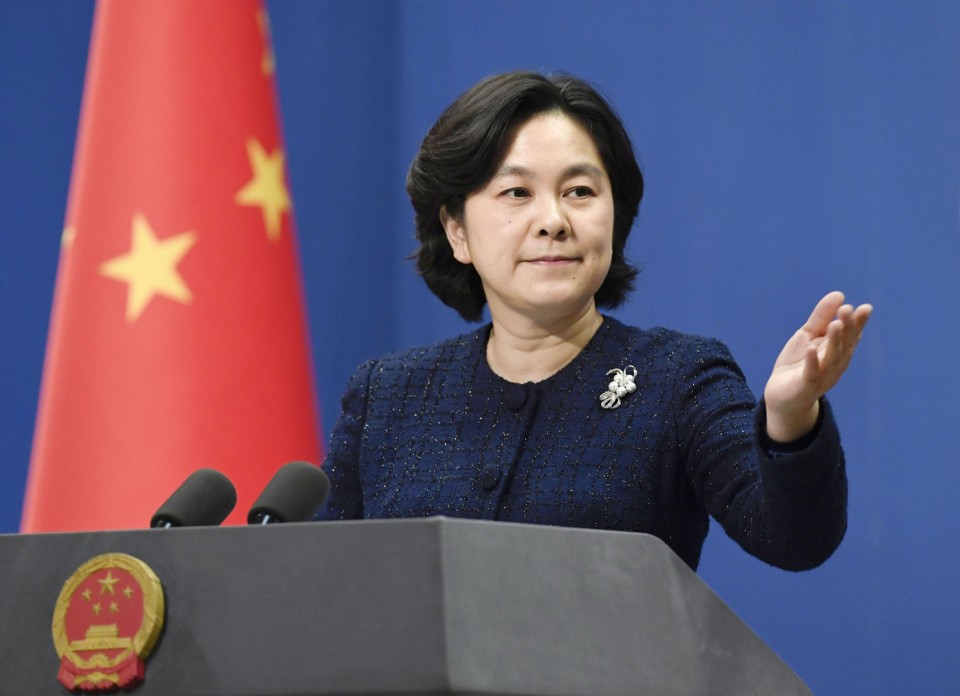 China, meanwhile, expressed willingness to make efforts to ease tensions with the United States under new President Joe Biden, who took office on Wednesday, calling on him to work together to improve relations between the world's two major powers.

"It is necessary to respect each other with courage," China's Foreign Ministry spokeswoman Hua Chunying told reporters, congratulating Biden on his inauguration.

Diplomatic sources in Beijing say many Chinese officials expect that Democrat Biden will take a softer approach to China than Republican Trump, who pursued protectionist trade policies under his "America First" agenda.

But they are also concerned that the Democrat favoring liberalism would take a firmer stand on human rights and democracy issues in China, unlike the former president, whose tougher stance on Beijing may have been motivated by his desire to gain public support, the sources added.

They and their immediate family members are prohibited from entering mainland China and its special administrative regions Hong Kong and Macau, while enterprises and institutions associated with them will be restricted from doing business with Chinese entities.

"Over the past few years, some anti-China politicians in the United States" have executed "a series of crazy moves" that have "undermined China's interests and seriously disrupted China-U.S. relations," the Chinese Foreign Ministry said in a statement.

Taking a jab at Pompeo, Hua said on Wednesday, "He's such a laughing stock. It's like a new drama every day. But I think he has done irreparable damage to the U.S.'s national image and reputation. It's such a tragedy for the American people."

The Global Times, a tabloid affiliated with the Chinese Communist Party, on Thursday quoted a Chinese expert on U.S. studies as saying the sanctions were "completely reciprocal."

"This move showed China's great restraint and sincerity in the hope of stabilizing China-U.S. relations for the future," the expert was also quoted as saying.