The Tokyo Olympic rowing and canoeing venue has already faced well-publicized issues related to the summer heat and poor water quality, but, according to officials, an oyster invasion is the latest problem to beset the Sea Forest Waterway.

Large numbers of the shellfish have become attached to the surfaces of cylindrical floats deployed to suppress waves at the Tokyo Bay facility. As the oysters thrive and multiply, the devices sink lower in the water and fail to function efficiently. 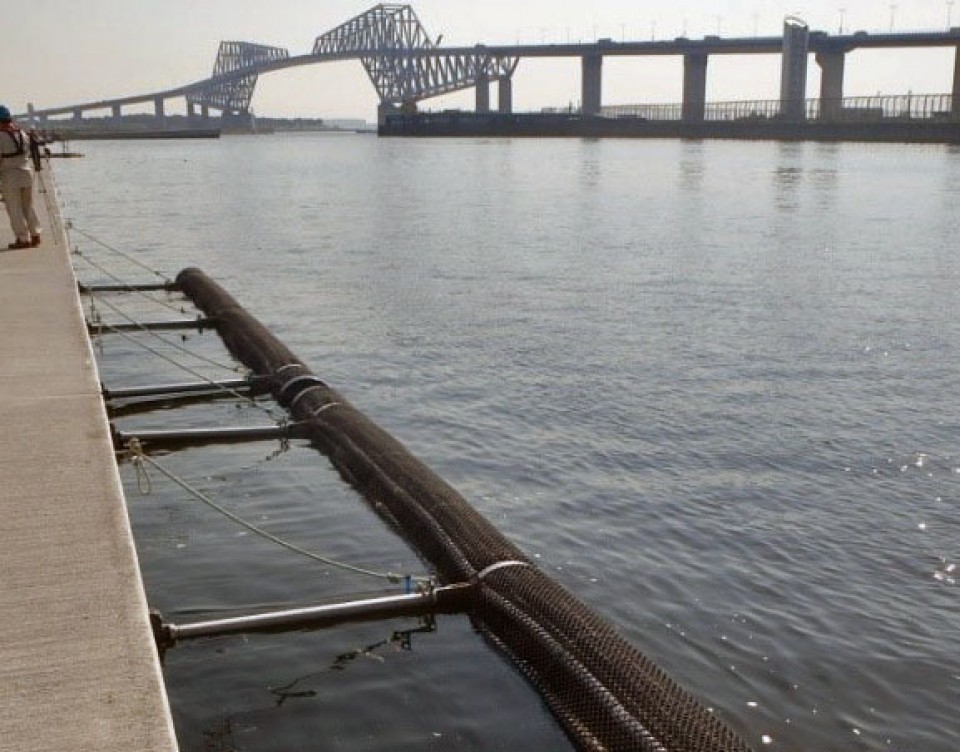 Undated photo shows one component of a wave dispersal system used at Sea Forest Waterway, the Tokyo Olympic rowing and canoe venue, along the Tokyo bayside with Tokyo Gate Bridge in the background. The devices are currently being stored on shore. (Photo courtesy of Tokyo metropolitan government)(Kyodo)

As of last September, the government of Tokyo had spent 140 million yen ($1.3 million) to dispose of what amounted to a 14-ton seafood infestation. The metropolitan government is currently working on a solution to its unwanted harvest.

"It is something we were not at all expecting," one official said recently. 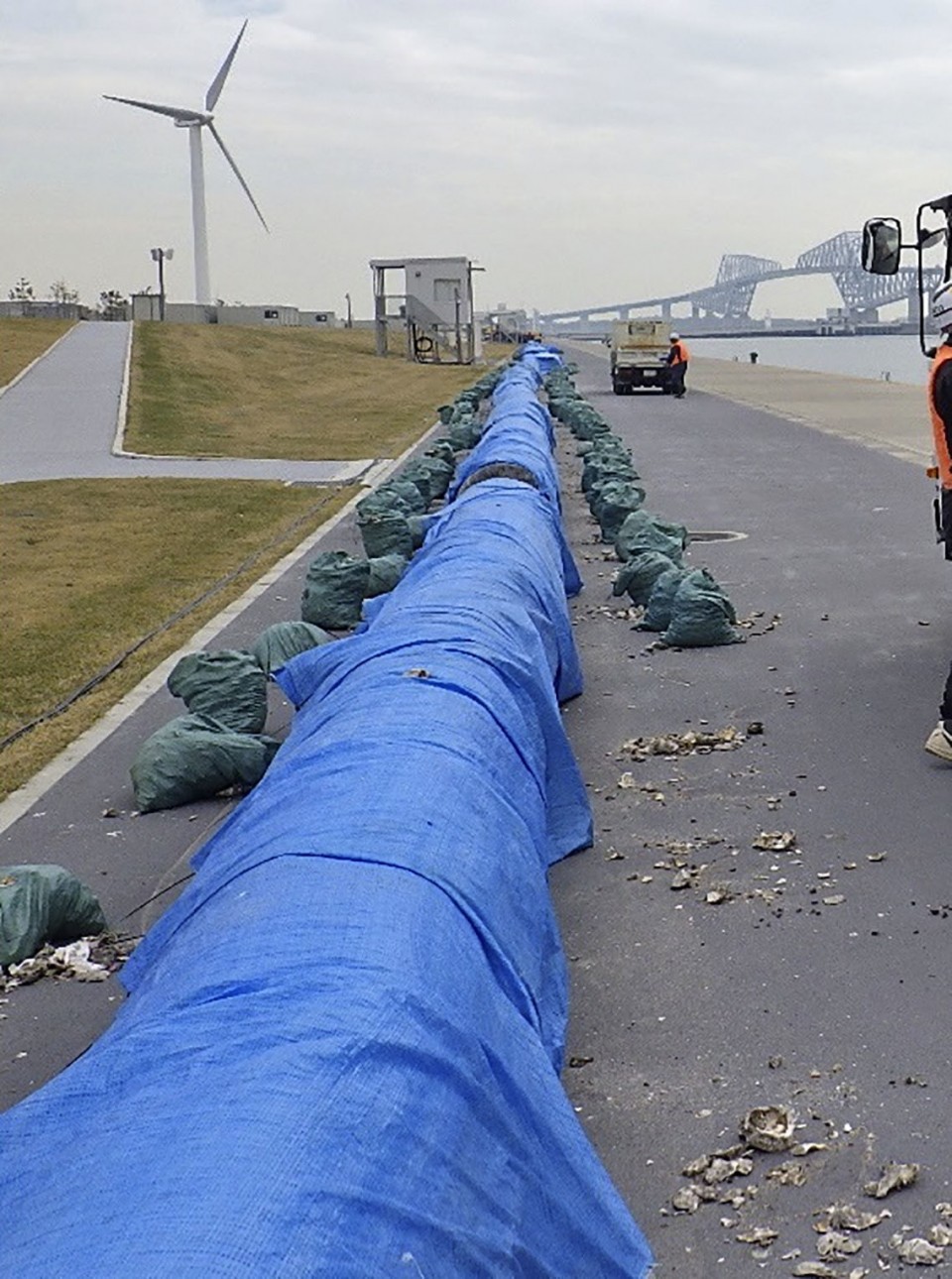 The venue's wave dissipation system employs 470, 12-meter-long cylindrical floats, each about 60 centimeters in diameter, which dampen the swells by 70 percent and create a smooth surface for the athletes to traverse.

During preparations for a rowing test event in August 2019, some of the devices were sitting low in the water, and oysters clinging to them proved to be the cause.

One small upside came when it was discovered they were "magaki" oysters, considered a winter delicacy in Japan.

The oysters had by December 2019, caused two-thirds of the devices along the north shore of the venue to sink below the surface.

Those with serious loads were disassembled and cleaned, while the Olympic postponement allowed for most to be stored on dry land.

An investigation revealed that oysters thrive at the venue due to the high salinity of the bay's water and the presence of phytoplankton, a combination that causes them to be a problem at Sea Forest Waterway but not other similar locations.

"Similar devices are used at seawater (power) boat race courses without any problems," said Sadashi Satake, who is in charge of facility maintenance for the Tokyo Olympics and Paralympics.

Because Sea Forest Waterway is the only rowing course in Tokyo that meets international standards and is thus able to host international events, the Japan Rowing Association hopes it can be maintained long after 2021.

Tokyo expects to shell out 160 million yen a year to keep the facility open, but that figure will increase unless the government can find a way to free itself of its current dilemma.