Foreign Minister Toshimitsu Motegi on Tuesday urged South Korea to make "concrete" proposals to resolve a bilateral wartime row, a day after South Korean President Moon Jae In made remarks about the need to improve ties. 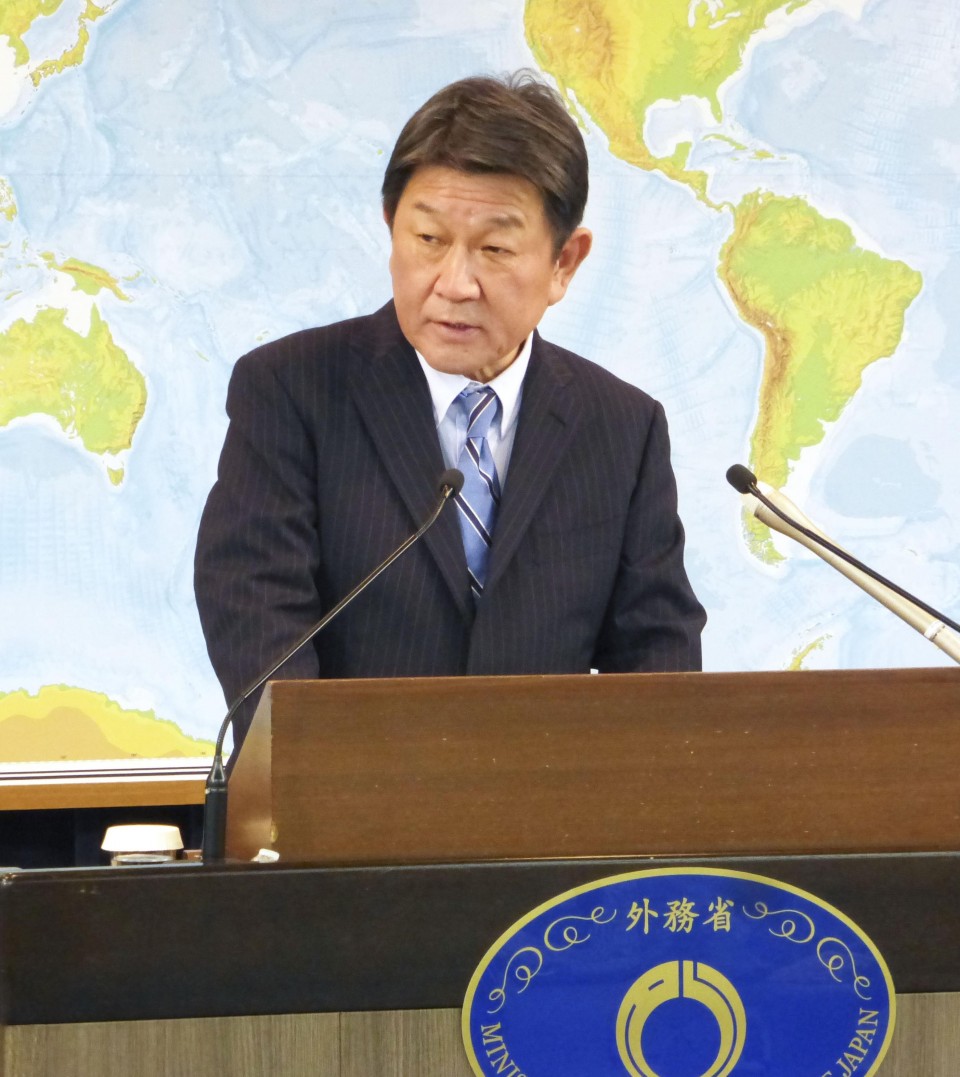 Bilateral relations have sunk to a historic low over Supreme Court rulings in South Korea in 2018 that ordered Japanese companies to compensate Koreans for their wartime labor. Court proceedings are under way to seize and liquidate the companies' assets in South Korea.

Japan has protested the rulings, saying they violate a 1965 bilateral agreement that settled all claims related to its 1910-1945 colonial rule of the Korean Peninsula. Any damages inflicted on Japanese companies will result in "irreparable" damage to bilateral ties, Motegi has previously said.

At Monday's New Year press conference in Seoul, Moon, who has once emphasized he will respect the independent judiciary's decision, said he views the possible sales of Japanese companies' assets as being "undesirable" for bilateral ties.

Moon also said the South Korean government will discuss with Japan a solution "the plaintiffs can agree on" and "persuade them to the maximum extent."

They handed Motegi a resolution adopted by the ruling party's Foreign Affairs Division and other bodies that urged the government to consider options such as taking Seoul to the International Court of Justice over the ruling, according to an LDP lawmaker who attended a meeting with the minister.

Japan has criticized the Jan. 8 ruling by a South Korean district court as a violation of sovereign immunity, a principle under international law that allows a state to be shielded against the jurisdiction of foreign courts, and the 1965 bilateral agreement.

The attendee quoted Motegi as saying Tokyo was "surprised" seeing the ruling regarding Korean women who worked in Japanese wartime military brothels and that it will deal with the decision by taking into account "every option."