Kumamon, the black bear-like mascot of Kumamoto Prefecture in southwestern Japan, has received around 5,300 "nengajo" postcards for the new year, including from overseas, the prefectural government said Tuesday.

"I miss you," and "I want to see you this year" were among the messages sent as of Monday to the beloved character, who has largely refrained from making public appearances since the outbreak of the novel coronavirus. 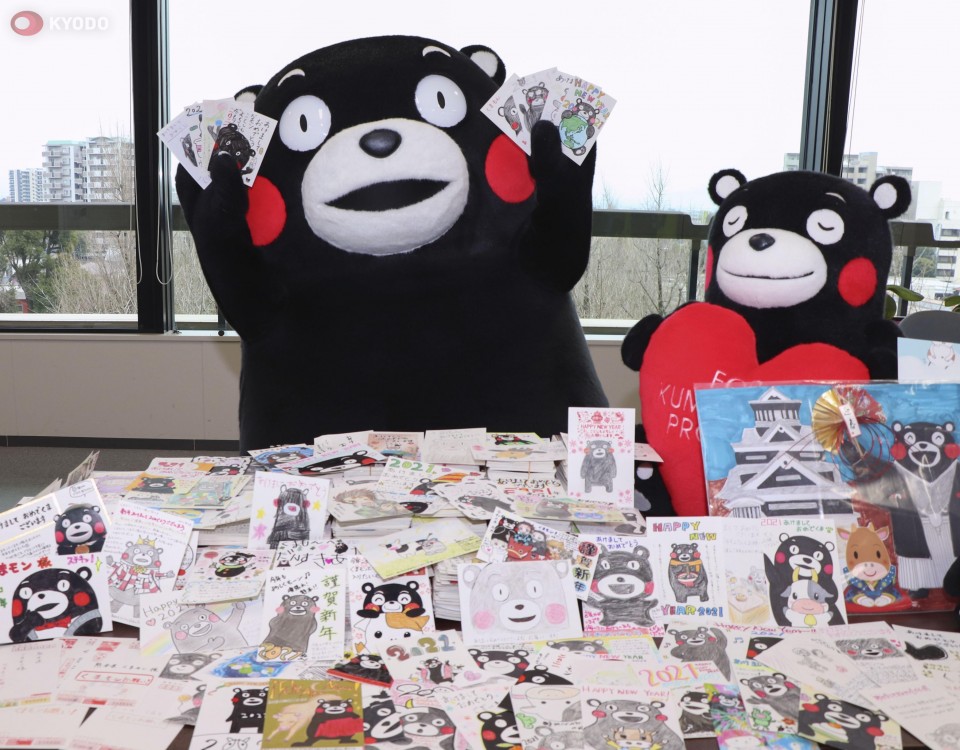 Kumamon was created in March 2010 to promote Kumamoto ahead of the launch of the Kyushu Shinkansen bullet train service the following year, but the pandemic meant celebrations marking the 10th anniversary of its debut and other events were canceled last year.

But at the prefectural government office building, the cuddly mascot appeared delighted with the New Year's greetings as it jumped about and peeked curiously at the pile of postcards featuring a range of artwork, including one of itself dressed as "Amabie," a legendary Japanese "yokai" goblin who is believed to ward off diseases.

Using animated gestures, it expressed hopes of spending more time with everyone in 2021 and making it an exciting year.

According to the prefectural government, over 80 percent of the postcards came from outside the prefecture, with some even arriving from Taiwan and Hong Kong.

Well wishes for the region's recovery following strong earthquakes in April 2016 and torrential rainfall last July were also among the messages that stood out.