Business leaders in Japan on Thursday welcomed the inauguration of U.S. President Joe Biden, expecting his administration to take a multilateral approach to trade policy while cooperating closely with other countries.

"We have high hopes for the new U.S. administration as it focuses on international coordination," Hiroaki Nakanishi, chairman of the Japan Business Federation, known as Keidanren, said in a statement. 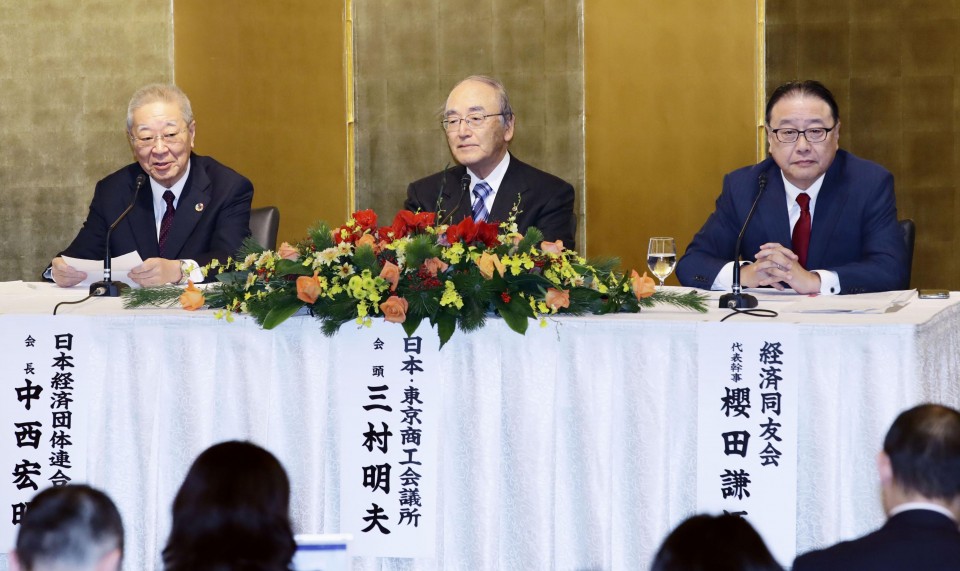 The chief of the country's most powerful business lobby made clear "the power of the United States is necessary" to achieve a recovery in the global economy hit hard by the novel coronavirus pandemic, adding it also allows for the global order to be "reconstructed."

"I hope the Biden administration will unite and revive the United States as the world's number one country," said Nakanishi.

He added Japan has to make efforts to further develop its relationship with the United States and persuade it to return to the Trans-Pacific Partnership free trade pact, from which Washington withdrew under the administration of Biden's predecessor Donald Trump.

Akio Mimura, chairman of the Japan Chamber of Commerce and Industry, said he expects Biden to exert strong leadership "as a new U.S. president who values multilateralism and the rule of law."

He expressed hope that Biden will tackle global issues such as the coronavirus pandemic and climate change in conjunction with other countries.

"I welcome a shift to international cooperation by the Biden administration," said Kengo Sakurada, chairman of the Japan Association of Corporate Executives.

"We hope the United States will reclaim its status as a world leader in promoting democracy and market economics and again drive moves toward global peace and prosperity," Sakurada said, also stressing the importance of strengthening Japan-U.S. cooperation in various areas.