It will be the first visit to Taiwan by a U.S. ambassador to the United Nations since 1971 when Beijing's accession to the world body led to the loss of Taiwan's U.N. seat, according to Taiwan media. 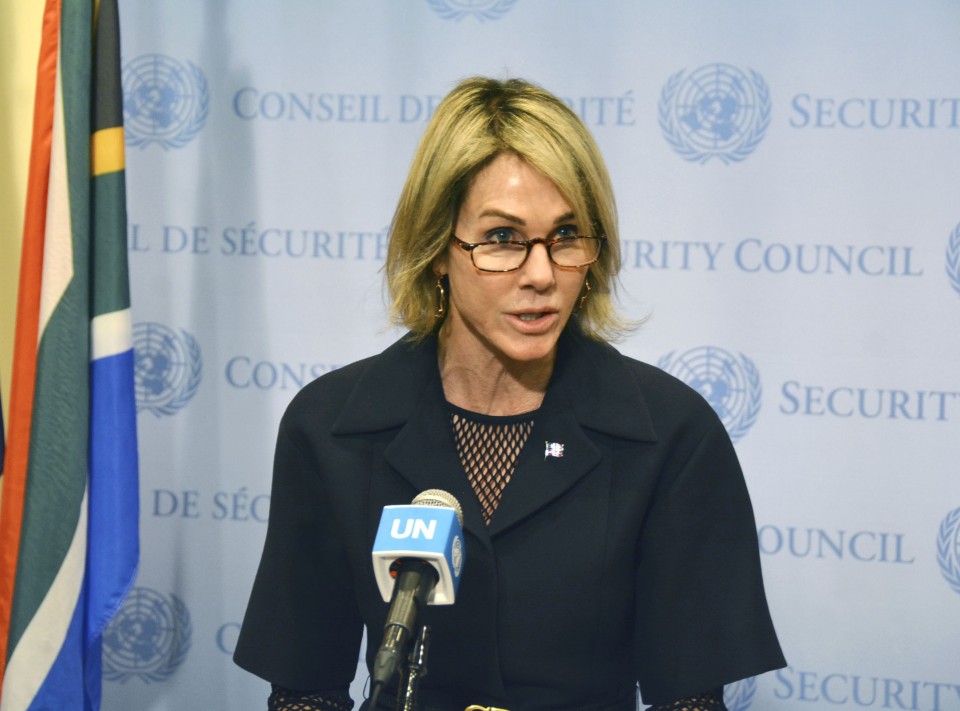 Pompeo announced an "upcoming visit" by Craft to Taiwan in a statement, without providing details such as when she will travel to the island, which Beijing regards as a renegade province awaiting unification, by force if necessary.

Taiwan is "a reliable partner and vibrant democracy that has flourished despite CCP efforts to undermine its great success," Pompeo said, in reference to the Chinese Communist Party.

"Taiwan shows what a free China could achieve," he said.

The announcement came as a one-day Taiwan-U.S. political-military dialogue was held on Thursday, in which U.S. Assistant Secretary of State for Political-Military Affairs Clarke Cooper gave a talk.

The previous day, Hua told reporters that China was "resolutely opposed" to the bilateral political-military talks and that it would make a "necessary response based on how the situation develops."

"China urges the United States to immediately stop any form of official exchanges and military links with Taiwan, to avoid further damaging stability in the Taiwan Strait and Sino-U.S. relations," she said.

Taiwan and mainland China have been governed separately since they split amid civil war in 1949.