An online meat seller in rural Japan has caught the eye of consumers spending more time at home amid the coronavirus pandemic with her range of domestic-branded beef she sells by the block.

Junko Katane opened "Oniku Japan" (meaning "Meat Japan") in Niigata in 2016 and the shop's sales jumped tenfold in 2020 from the previous year as more people became stay-at-home cooks under the pandemic. 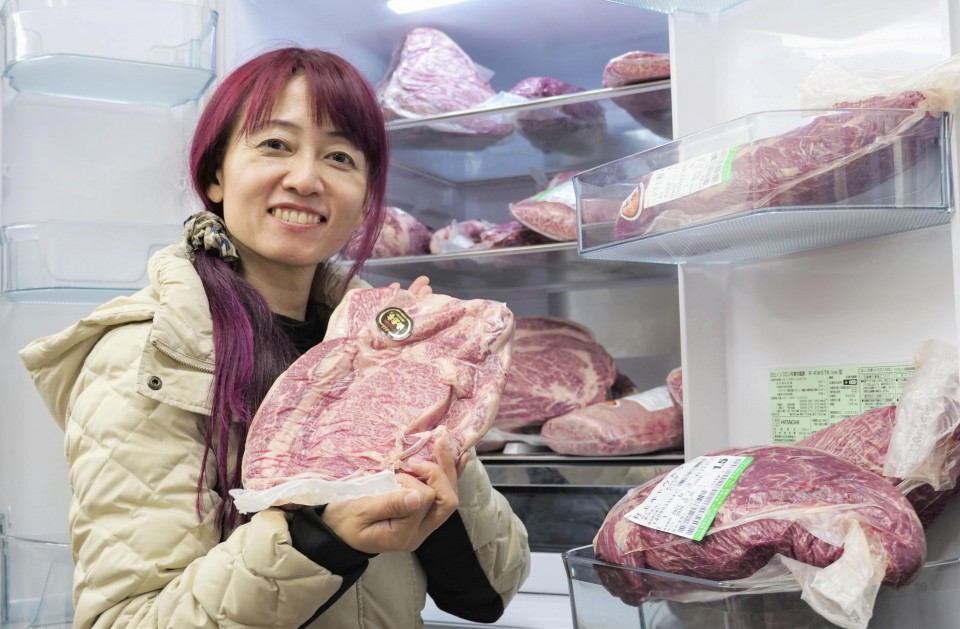 "I hope people feel the excitement of holding a big chunk of meat in their hands and experience joy when they think about how to prepare it," said Katane, 45.

Online orders, which are mostly for beef, are placed via the shop's Facebook page.

In mid-January, for example, Katane uploaded a photo of a slab of meat accompanied by the following post: "Whoever wants this Niigata wagyu beef, please post your comment here." Within two minutes, someone placed an order.

Since the launch of the Facebook page in June 2020, meat aficionados across Japan have visited and exchanged ideas, such as "What are the best cuts for roast beef?" and "Which meat slicers do you recommend?" The account now has over 20,000 followers.

Unlike people in countries such as the United States and Australia known for consuming large quantities of meat, Japanese consumers usually buy meat in small amounts of no more than a few hundred grams at a time.

However, on the Facebook page of Oniku Japan, Katane advertises her shop's wares by the kilogram. She includes information about brand and cut -- such as sirloin or ribeye -- and posts photographs she hopes will allow customers to appreciate the raw beauty of what she is selling as well as the economies of scale.

For example, a block of Murakami beef chuck eye, sourced from Japanese wagyu cattle raised on straw from high-grade Japanese rice in northern Niigata Prefecture, is priced at about 8,500 yen ($82) per kg, effectively cheaper than buying it in smaller amounts at supermarkets.

Shoppers at the Oniku Japan can also buy lesser-known cuts of brand meats that are not available at regular stores.

After ordering, customers receive their purchases in 2-3 kg blocks.

Katane is passionate about selling meat in bulk because cooking big blocks of meat helped her through a difficult time in her life and inspired Oniku Japan, she said.

Six months after she quit her job to take care of her sick mother, her mother died. A grieving Katane became socially withdrawn and isolated at home.

But in 2015, she accidentally purchased a 2-kg block of meat that she had mistaken for a smaller cut of steak. She stored it in her refrigerator, not knowing what to do with it.

While thinking of ways to cook it, she found her spirits lifting, eventually leading her to open Oniku Japan the following year.

"The power and beauty of a block of meat shook my heart," Katane said.

She hopes many people in Japan will see the advantage of purchasing meat in bulk and slicing and cooking it to their liking, as they spend more time at home amid the pandemic.

"I hope people will rediscover the joy of eating beef in this year -- the year of the ox," she said.