Two doctors were indicted Tuesday without arrest on a charge of negligence resulting in the death of a 2-year-old boy at a Tokyo hospital in 2014 due to excessive use of a sedative. 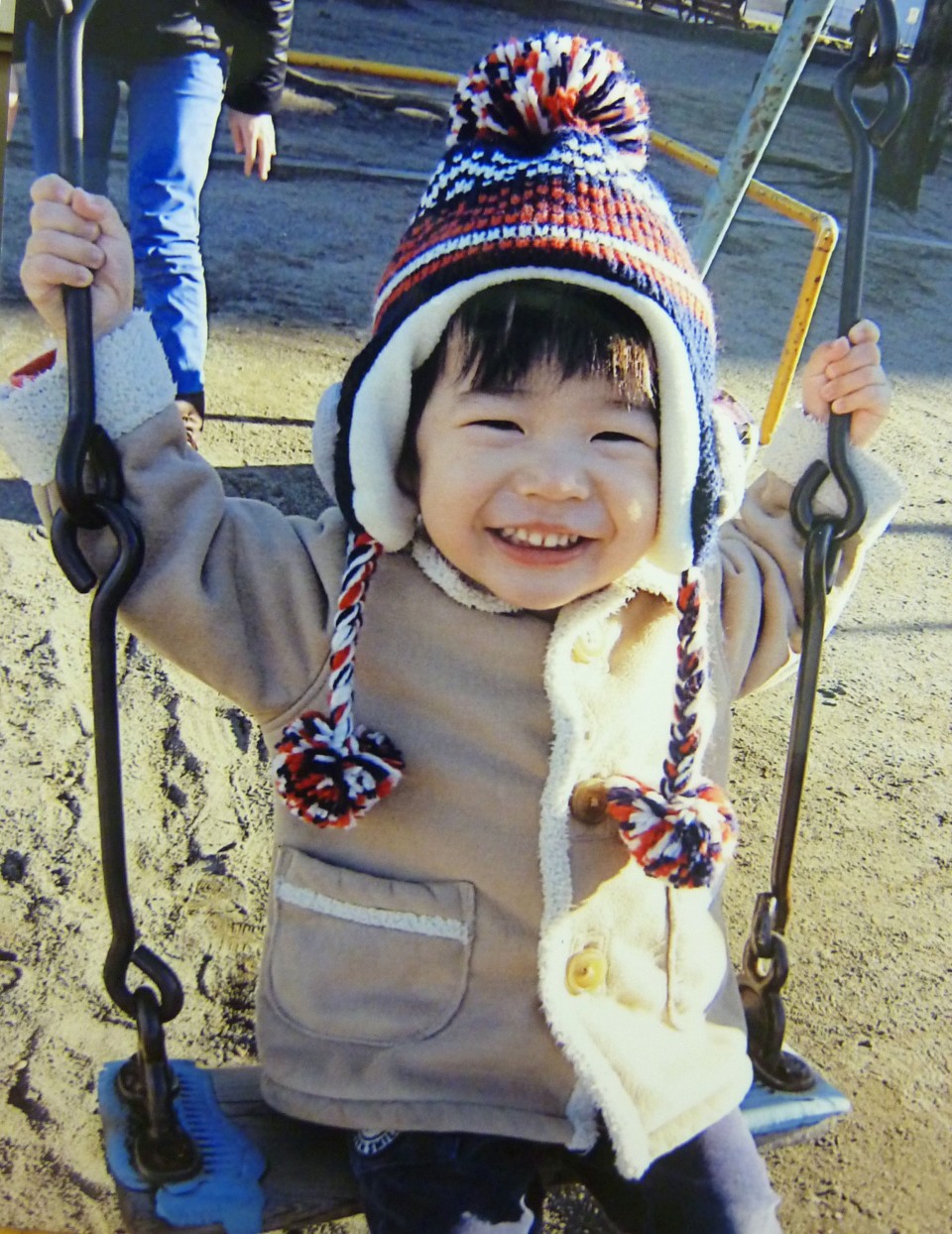 Kosuke, who died after malpractice at Tokyo Women's Medical University Hospital at age 2 in February 2014 and whose family name is being withheld, smiles on a swing in December 2013. (Photo courtesy of his bereaved family)(Kyodo)

The anesthesiologists who worked at Tokyo Women's Medical University Hospital -- Toru Kotani and Satoshi Fukuda -- were charged with administering an excessive dose of the sedative propofol after the boy, Kosuke, underwent neck surgery on Feb. 18, 2014.

The boy's family name is being withheld for privacy reasons.

Although police referred a total of six doctors to Tokyo prosecutors last year, the two were deemed to have heavier responsibility in the fatal case and were charged, while the remaining four were not indicted.

"I do not feel that the doctors, including the two indicted, and the hospital are facing up to the death of my son," Kosuke's mother said Tuesday.

Administration of the sedative to children requiring artificial ventilation is banned in principle due to the risk of side effects, but doctors are allowed to exercise their discretion.

Kotani, who was effectively representing the hospital's intensive care unit, decided to use propofol to the artificially ventilated toddler and, along with Fukuda, failed to properly respond even as he showed signs of abnormality, according to sources familiar with the matter.

To prevent the ventilator's tube from slipping out of the boy's body, Kotani administered the sedative without explaining to his family, according to a report by a third-party investigation panel set up by the hospital.

The toddler received propofol equivalent to 2.7 times the level appropriate for an adult over about 70 hours, before dying three days later of a side effect from the treatment, the report said.