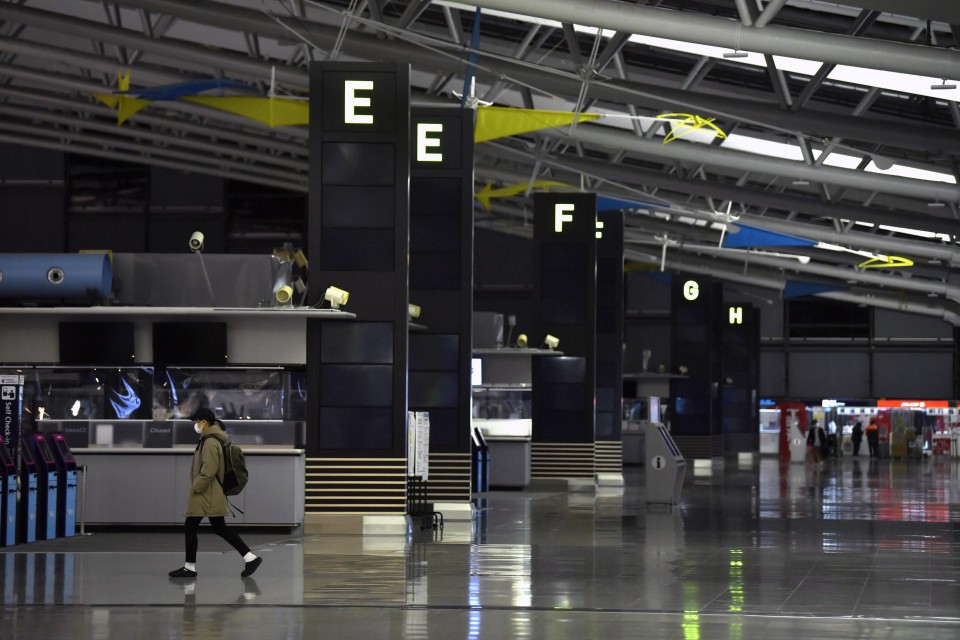 A departure lobby at Kansai airport in Osaka Prefecture is seen deserted on Jan. 5, 2021, amid the novel coronavirus pandemic. (Kyodo) ==Kyodo

The European Union said Thursday it has decided to reinstate a travel ban from Japan as the country struggles to cope with a surge of novel coronavirus cases, having declared a state of emergency in Tokyo and other areas.

The EU maintains a list of countries that are exempted from its ban on nonessential travel to the economic bloc. In light of the latest developments, it has removed Japan from the list.

Six countries including Australia, Singapore and South Korea are now on the list of exemptions.

The latest EU decision is likely to prompt airline companies operating Europe-bound routes from Japan to review their flight plans, although it will remain up to each member country in the EU to decide whether to implement the ban and how to handle enforcement.

While the pandemic situation in Japan is less severe than in some hard-hit countries such as the United States and several nations in Western Europe, it is one of the most affected countries in East and Southeast Asia, with over 380,000 infection cases and 5,500 deaths, according to the latest data from Johns Hopkins University.

Following the outbreak of the coronavirus, the EU prohibited nonessential trips from outside the economy last March.

Due to a strong request from the tourism industry to ease border controls amid a slump in travel demand, the EU exempted 14 countries such as Japan and South Korea where the impact of pandemic was seen as subdued in July.

After several updates, Japan and the six countries had remained on the exemption list since December.

Japanese Prime Minister Yoshihide Suga said Wednesday he expects to decide on whether to extend the state of emergency covering Tokyo and other parts of the country several days before it is set to end on Feb. 7.