Eleven workers, who had been trapped underground for two weeks following an explosion at a gold mine in China, were rescued on Sunday, according to state-run media.

The blast occurred on Jan. 10 at the mine in Shandong Province when 22 people were working more than 600 meters underground from the entrance, the official Xinhua News Agency said last week, adding then that 12 miners were confirmed to be still alive. 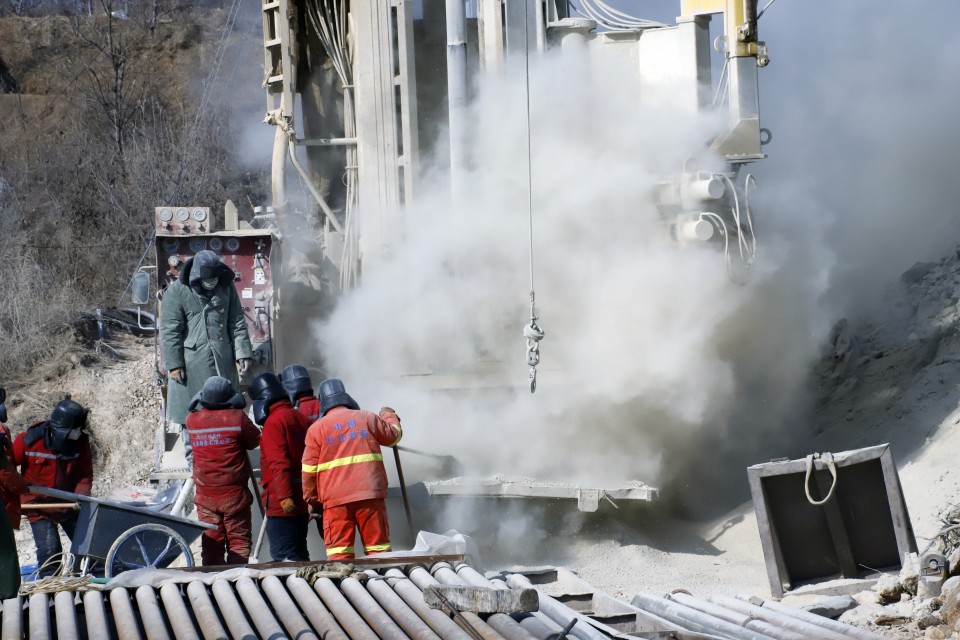 Rescuers work at a gold mine explosion site on Jan. 19, 2021, in Shandong Province of China. (VCG/Getty/Kyodo)

Among the 22 workers, one has been confirmed dead, local media reported. The condition of the remaining 10 is unclear.

Rescuers brought the first worker to the surface on Sunday morning, the news agency said. The miner was believed to be in extremely weak condition and sent a hospital for treatment.

Xinhua previously quoted rescuers as saying they had drilled pipes last Sunday and later felt people pulling an iron rope used to deliver nutrient solutions, paper and pencils. They also received a memo calling for emergency aid through a pipe.