Austrian Chancellor Sebastian Kurz has called for the participation of Japan and other non-signatory states in the first meeting of a "historic" U.N. treaty banning nuclear weapons, which will come into force on Friday.

"This is a historic milestone, and a step that many critics of nuclear weapons as well as the hibakusha -- the victims of the atomic bomb explosions in Hiroshima and Nagasaki in 1945 -- have been fighting for, for more than 70 years," Kurz said in a written interview with Kyodo News. 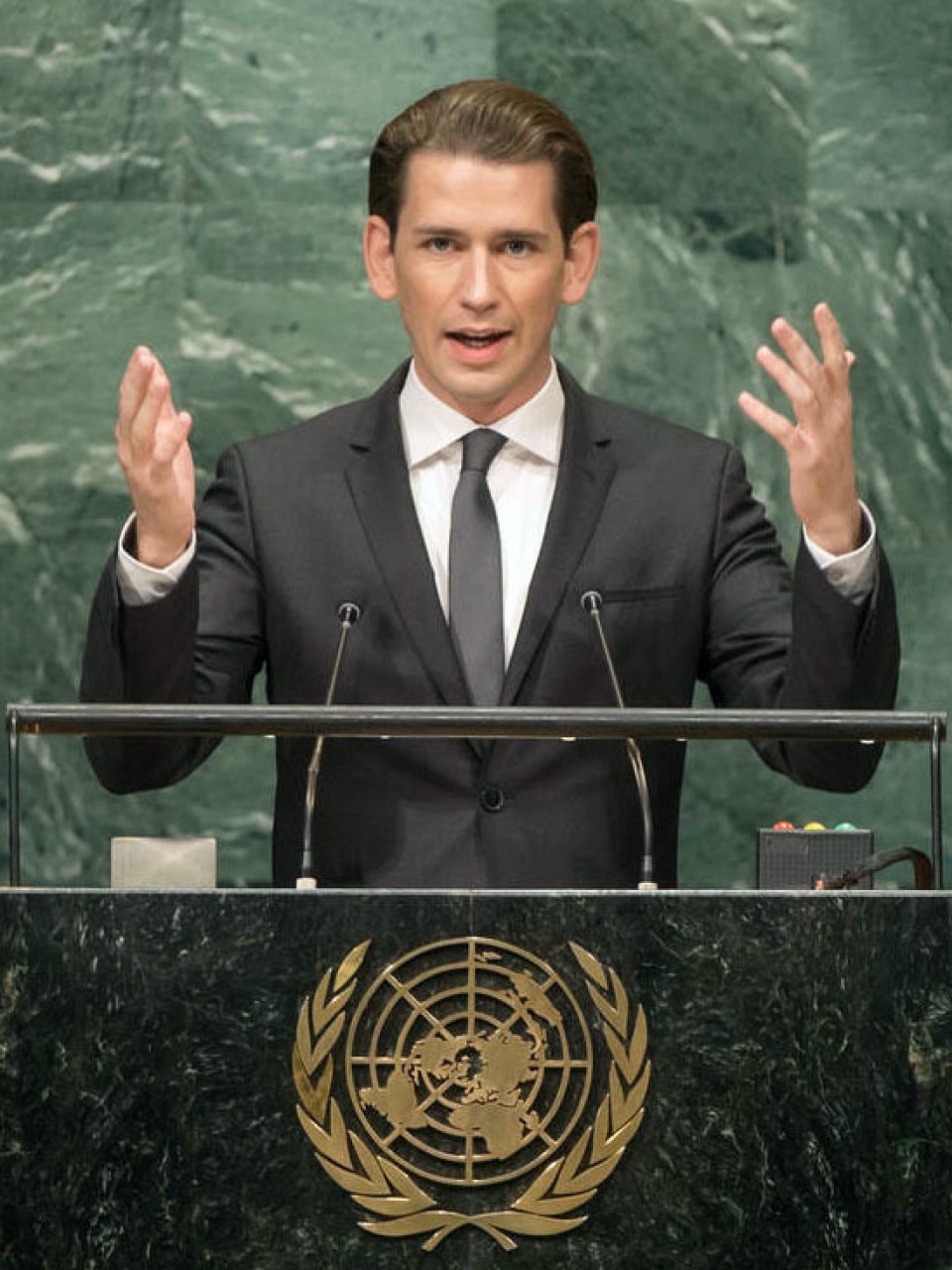 Austria spearheaded the efforts that led to the adoption of the Treaty on the Prohibition of Nuclear Weapons in 2017 with the support of 122 countries and regions. It is the first international pact outlawing the development, testing, possession and use of nuclear weapons.

In October, 50 countries ratified the treaty, reaching the threshold required for it to enter into force.

However, nuclear weapon states, such as the United States, Russia and China, are not part of it, while Japan also has not signed the pact in consideration of its security alliance with the United States, which offers the shelter of a nuclear umbrella. The treaty only binds those states which have formally signed and ratified it.

"All states -- as well as relevant international organizations and civil society organizations -- are welcome to participate as observers in the first meeting of states parties" to the treaty expected to be held in Vienna within a year from the pact's entry into force, Kurz said.

However, Japanese Prime Minister Yoshihide Suga appears negative about the country participating in the meeting as an observer. While the ruling Liberal Democratic Party's junior coalition ally Komeito has called for Japan to attend, Suga told a press conference earlier this month that Japan "needs to carefully determine" whether to do so.

"The treaty is a testament to the fact that the majority of the people on Earth do not want to live in the shadow of these weapons, and the more countries join the treaty, the stronger this message will become," Kurz said.

The chancellor said that even nuclear weapons-possessing countries such as the United States and Russia will feel the treaty's impact.

As was the case with treaties banning chemical and biological weapons as well as landmines, in the medium to long term, "we expect the treaty to have a political and normative effect on the entire international community in which nuclear weapons become a taboo -- stigmatized, and outlawed," Kurz said.

He opposed the argument by nuclear weapons states to wait for a safe environment before promoting nuclear disarmament, calling it "an eternal excuse."

"Unfortunately, we see a re-accelerating spiral of rearmament, which in our view is in clear contradiction to the Nuclear Non-Proliferation Treaty," Kurz said, referring to a U.N. framework aimed at curbing the spread of nuclear weapons and weapons technology.

The Austrian leader visited Hiroshima in 2019 to commemorate the victims of atomic bombing. Opposition to nuclear weapons is strong in the country, which during the Cold War was a neutral state located between Western and Eastern bloc nations.