The so-called world's largest human migration period began on Thursday in China ahead of the Feb. 11 start of the weeklong Lunar New Year holidays, amid mounting concern over another wave of novel coronavirus infections at home.

This year's travel season, called "Chunyun" in Chinese, will last for 40 days through March 8, during which around 3 billion trips were made every year before the outbreak prompted the leadership of President Xi Jinping to restrict movements of people. 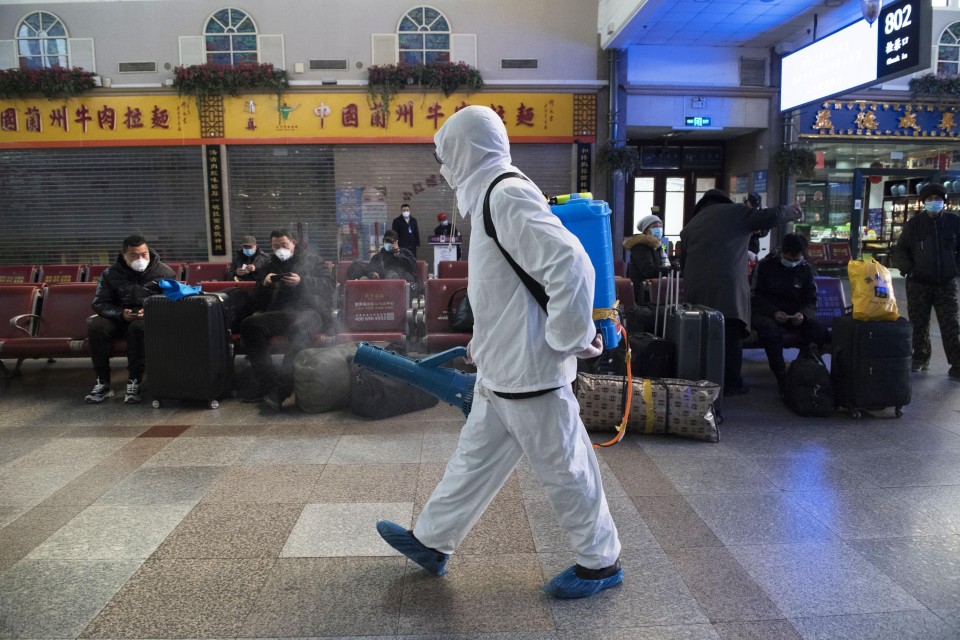 In an attempt to prevent further infections, local authorities have urged citizens to refrain from returning to their hometowns, while calling on those who would leave a specific area to take a polymerase chain reaction test.

The Beijing government said Wednesday that people who do not have a negative certificate of a PRC test will not be allowed to enter the capital from outside the city through March 15.

Some company and government officials said they have been asked to stay in Beijing, as the city has accelerated antivirus measures in the run-up to an annual session of China's top legislature, the National People's Congress, scheduled to be convened on March 5.

In the past, major stations and airports in China had been filled with people during this period, but the number of travelers at such places plunged on Thursday, local media said.

The Communist-led government, meanwhile, has decided to provide subsidies for those who will not return to their hometowns.

In Shenzhen, a technology and innovation hub known as China's "Silicon Valley," some people who will stay in the city will receive digital currency worth 200 yuan ($31) as New Year's gift money, which can be used through smartphone apps at designated stores.

The virus that causes the COVID-19 disease is believed to have spread in the nation and across the globe as the Chinese authorities did not implement steps to prohibit citizens from traveling as of Jan. 10 last year, when the Chunyun period kicked off.

Although the increase in new infections apparently peaked in China in late February 2020, more than 100 people were confirmed to be infected daily for the 11th straight day since Jan. 12 despite the government's radical "zero corona" policy.

Since first being detected in the central Chinese city of Wuhan in late 2019, the virus erupted into a pandemic that has sickened over 100 million people and caused more than 2.1 million deaths worldwide, according to data by Johns Hopkins University.

In Wuhan, experts from the World Health Organization on Thursday began a full-fledged investigation in a bid to identify the origins of the virus.