Indonesia began its coronavirus vaccination drive on Wednesday, with President Joko Widodo receiving his first shot of a Chinese-produced vaccine.

The vaccination drive commenced as Chinese Foreign Minister Wang Yi paid a two-day visit in the country from Tuesday, during which he likely promoted his country's vaccine diplomacy. 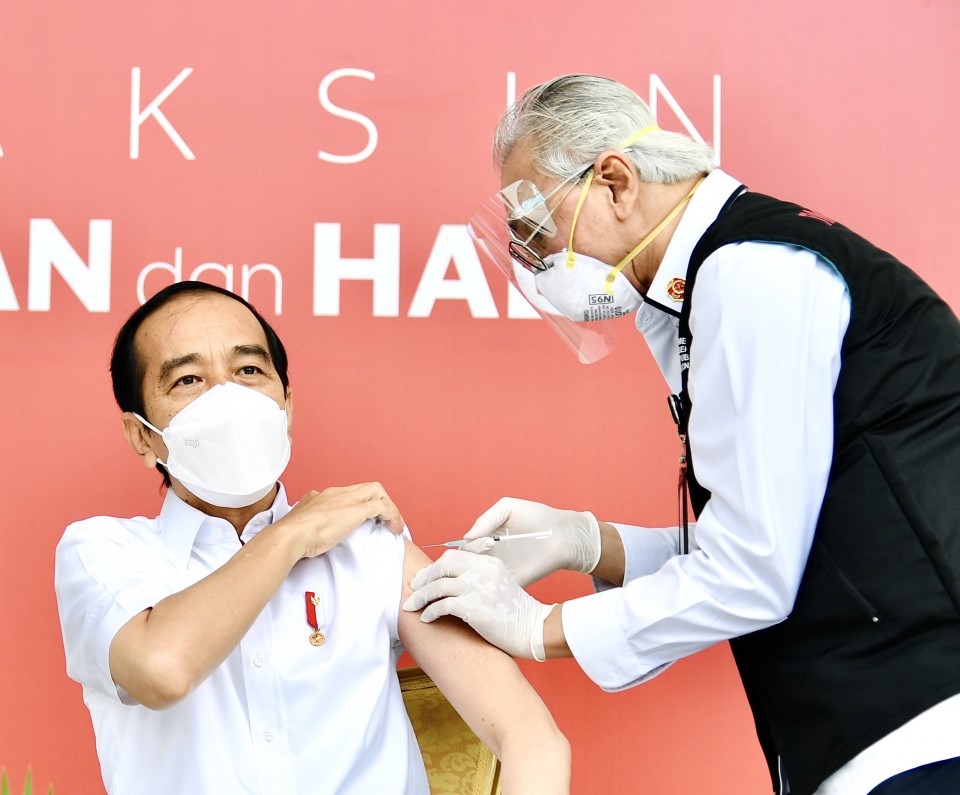 The inoculation of the president on the balcony of the presidential palace in Jakarta was broadcast live to reassure the public that the government-provided vaccines are safe.

The launch of the vaccination drive followed the government's emergency use approval on Monday of the CoronaVac vaccine from China's Sinovac Biotech Ltd.

The approval was given after clinical trials of the vaccine in the country showed the vaccine's efficacy rate to be 65.3 percent, above the 50 percent required by the World Health Organization. The efficacy rate of the same vaccine was 91.25 percent in Turkey and 78 percent in Brazil.

At a press conference with his Indonesian counterpart Retno Marsudi, Wang said China has actively shared its medical and diagnostic experiences with Indonesia and will keep working together with it "to defeat the virus."

"We are still overcoming our (own) difficulties, (but) do not hesitate to respond to the need of our friends in Indonesia to provide vaccines. This shows the brotherly relations between the two countries," Wang said.

He added that China stands ready to help Indonesia build its vaccine research and become a regional production hub of vaccines.

Retno said that Indonesia is open to cooperating with China in pursuit of "national health resilience" and self-reliance in areas such as pharmaceutical ingredients and medical devices.

In Indonesia, over 1.45 million medical workers between 18 and 59 years old will receive the two required vaccine shots in January and February, according to Health Minister Budi Gunadi Sadikin.

People aged 60 and older will have to wait a little longer to get vaccinated as they are supposed to receive vaccines from U.S. pharmaceutical giant Pfizer Inc. and Britain's AstraZeneca Plc, the minister said.

Under its immunization drive, Indonesia aims to vaccinate about 182 million of its 270 million people.

Indonesia to close border to all foreign nationals from New Year