Hong Kong police said Wednesday they have arrested 53 pro-democracy activists for alleged subversion under the national security law, in the largest such roundup under the territory's six-month-old law.

Former lawmakers, including Wu Chi-wai, former chairman of the main opposition Democratic Party, are among those arrested in connection with an unofficial primary by the pro-democracy camp in July ahead of the postponed September Legislative Council election, according to local media. 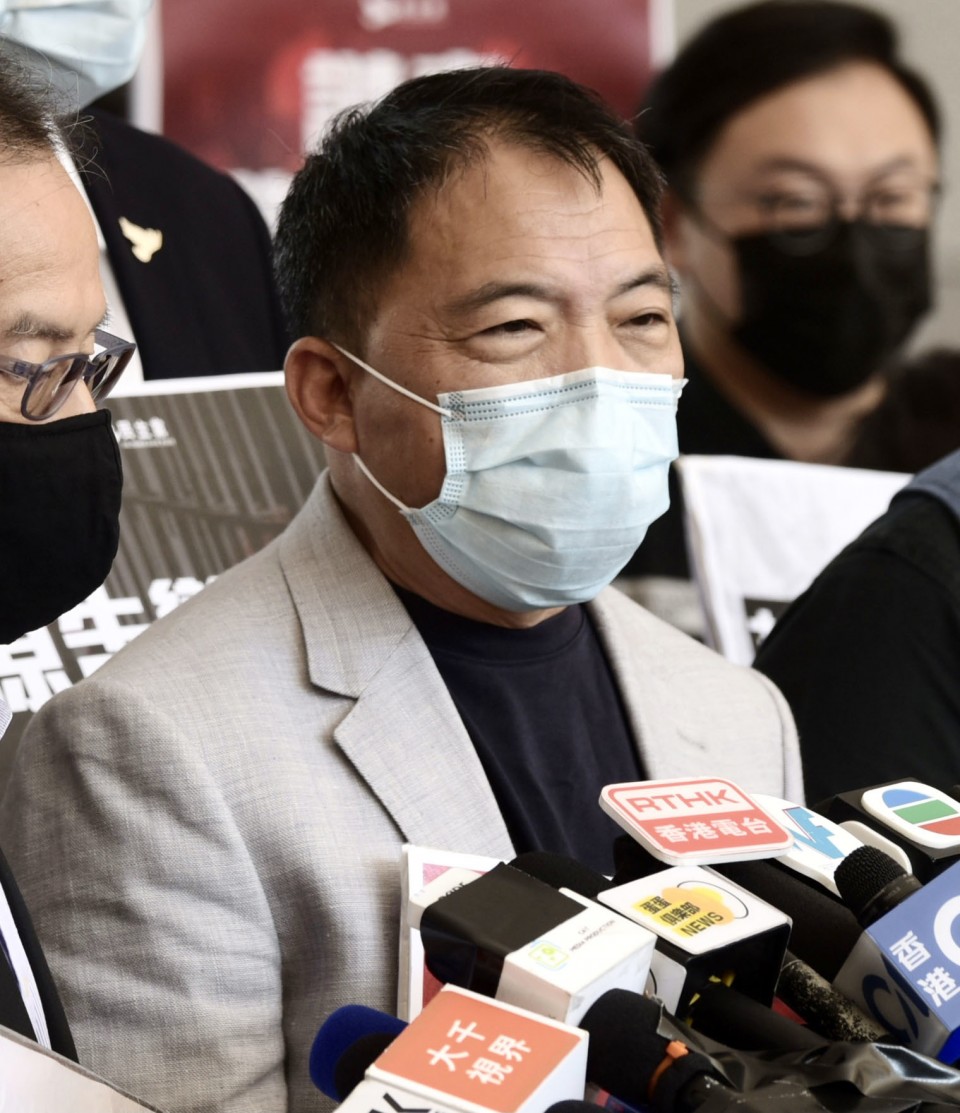 The arrests also likely marked the first time the law's subversion clause has been invoked. Of those arrested Wednesday, six are alleged to have organized a plot to overthrow the government, while 47 others are alleged to have taken part in it, according to police.

Lee said they sought to win a majority in the legislature and vote down a government budget as a way to force Hong Kong chief executive Carrie Lam's resignation.

The Chinese government had determined the primary to be illegal as the informal voting was not grounded in any law governing the territory.

The mass arrests included law scholar Benny Tai and pollster Robert Chung, who had helped organize the July primary, as well as Democratic Party vice chairman Lam Cheuk-ting, according to local media and social media accounts of some of the arrested.

A tweet on prominent activist Joshua Wong's Twitter account said the police also raided his home in the morning over an alleged violation of the national security law. Wong is currently serving time in prison for organizing an anti-government protest in 2019.

In the unofficial primary on July 11 and 12, some 610,000 people voted to decide pro-democracy candidates to stand in the Legislative Council election. It was more than triple the numbers organizers had been aiming for.

Of the 51 people who stood in the primary, 31 were chosen to represent the pro-democracy camp, including a group of young activists such as Wong. The election was later postponed by the local government citing pandemic concerns.

"The Biden-Harris administration will stand with the people of Hong Kong and against Beijing's crackdown on democracy," he tweeted.

In Beijing, Foreign Ministry spokeswoman Hua Chunying said in a regular briefing that China supports the arrests by Hong Kong police, stressing that "only the freedom of individuals who colluded with foreign forces to sabotage China's stability and security is affected."

Lee, at the press conference, accused those arrested Wednesday of acting on a blueprint proposed by Tai, a leading figure in the 2014 Umbrella Movement.

In an article published in April, the former associate professor at the University of Hong Kong referred to the scenario where a majority-holding pro-democracy camp would veto a government budget and force Lam's resignation, leaving the government paralyzed.

Steve Li, senior superintendent of the police's national security unit, said that besides arresting 53 activists, a total of HK$1.6 million ($206,000) in funds related to the primary is being frozen for investigation.

"Primaries are held in other countries to pick the right candidates for elections, but not in this case," Li told reporters, adding that the suspects had "only one purpose, which is to cause a government shutdown."

He said the alleged activity could have breached a provision of the national security law that is punishable with a maximum penalty of life imprisonment.

Li stressed, however, that people who voted in the primary are not subject to investigation.

At least four media outlets have been ordered to hand over documents related to the case. Li said the documents being sought are not news-related materials.

The arrested included four members of the opposition Civic Party. Party leader Alan Leong called the allegations leveled at them "ridiculous to the extreme" and an affront to the people's constitutionally protected right to vote.

Between the law's promulgation on June 30 and the end of last year, Hong Kong police arrested 40 people under the law.