A man and his company were referred to prosecutors Wednesday for allegedly operating an unlicensed taxi service in Yokohama using a three-wheeled motorized rickshaw, or tuk-tuk, marking the first illegal taxi case in Japan involving such a vehicle, local police said. 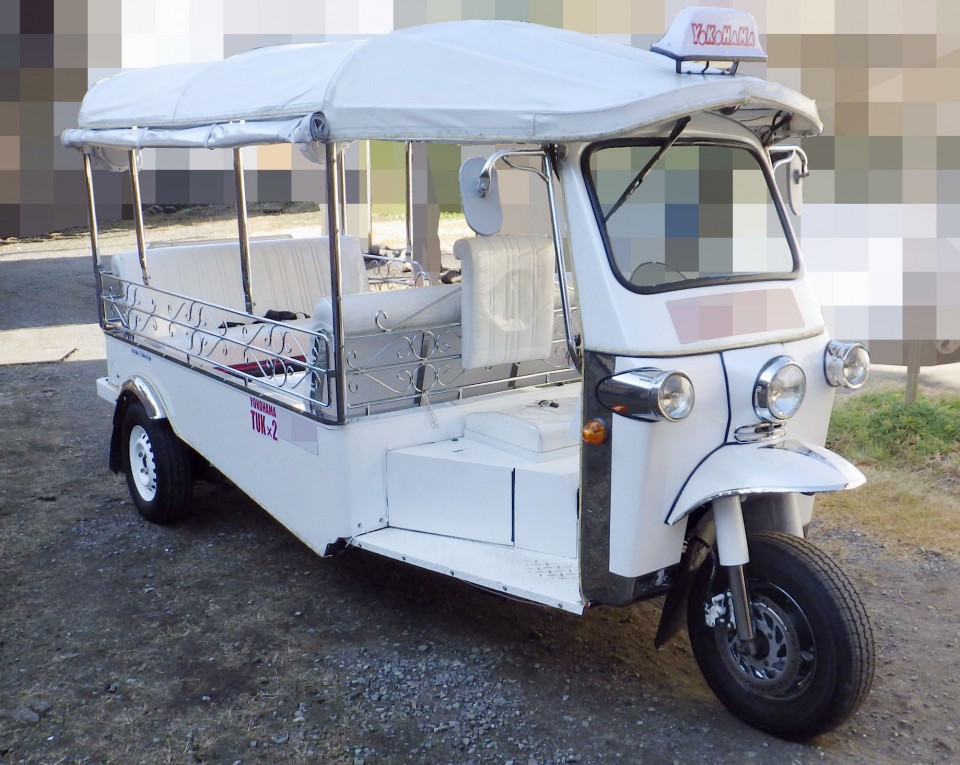 Photo taken on Dec. 1, 2020, shows the three-wheeled tuk-tuk seized by police for allegedly being used in an unlicensed taxi service in Yokohama. (Photo courtesy of Kanagawa prefectural police)(Kyodo)

The 49-year-old president of the company in Yokohama, south of Tokyo, has admitted to the allegations of violating the road transport law, the Kanagawa prefectural police said.

According to the police, the man drove the tuk-tuk himself, charging 6,500 yen ($63) for a 30-minute tour of local sightseeing spots such as the Yokohama Red Brick Warehouse. One photo was included in the fee.

The man is suspected of providing paid taxi services to nine groups of passengers in Yokohama between Aug. 7 and Oct. 14 last year without permission from authorities.

His company's sales from September 2018 to the end of last November totaled around 4 million yen.

The allegation came to light last July when police while investigating a separate case, spotted the tuk-tuk transporting passengers.

The name tuk-tuk is derived from the sound the vehicle's engine makes while idling. They come in a variety of sizes and are popular in Thailand and other countries in Southeast Asia.