"We will continue to cooperate closely with the United States and South Korea as well as work with China, Russia and other members of the international community to ensure U.N. sanctions are enforced in their entirety and to realize North Korea's denuclearization," Chief Cabinet Secretary Katsunobu Kato said at a press conference. 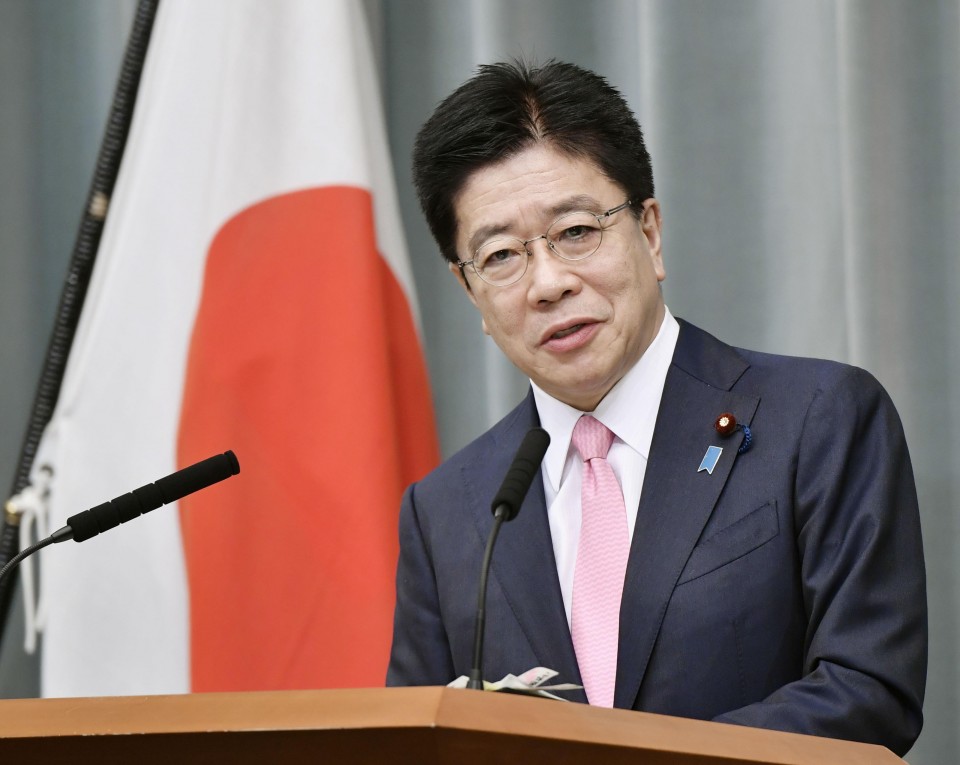 Speaking at the ongoing congress of the Workers' Party of Korea, Kim said last week he will continue to strengthen Pyongyang's nuclear capabilities to deal with Washington, its "biggest enemy," the state-run Korean Central News Agency reported Saturday.

"No matter who is in power in the United States, the substance of the United States and the true spirit of its fundamental policy toward North Korea will never change," Kim said in apparent reference to U.S. President-elect Joe Biden.

KCNA reported Monday that Kim has been promoted from chairman of the Workers' Party to general secretary, a title previously held by his late father.

Japan will closely monitor the implications of the move, Kato said, while adding Tokyo will continue to refer to Kim by his concurrent post as chairman of the State Affairs Commission.

North Korea watchers say the promotion may be aimed at boosting Kim's authority ahead of Biden's inauguration on Jan. 20 as denuclearization talks with the United States remain deadlocked.

FOCUS: N. Korea's Kim may have given up soon gaining concessions from Biden