Japan's coronavirus state of emergency could be extended, made stricter and cover more prefectures if the outbreak does not show signs of abating, a minister and a government panel chief suggested Thursday, after the country expanded the measure, now covering 11 prefectures in total.

The state of emergency, under which people are urged to refrain from going outside unnecessarily and restaurants asked to shorten opening hours, took effect in Tokyo and three surrounding prefectures on Friday and will remain in place through Feb. 7, as well as seven newly added prefectures, including Osaka, Aichi and Fukuoka. 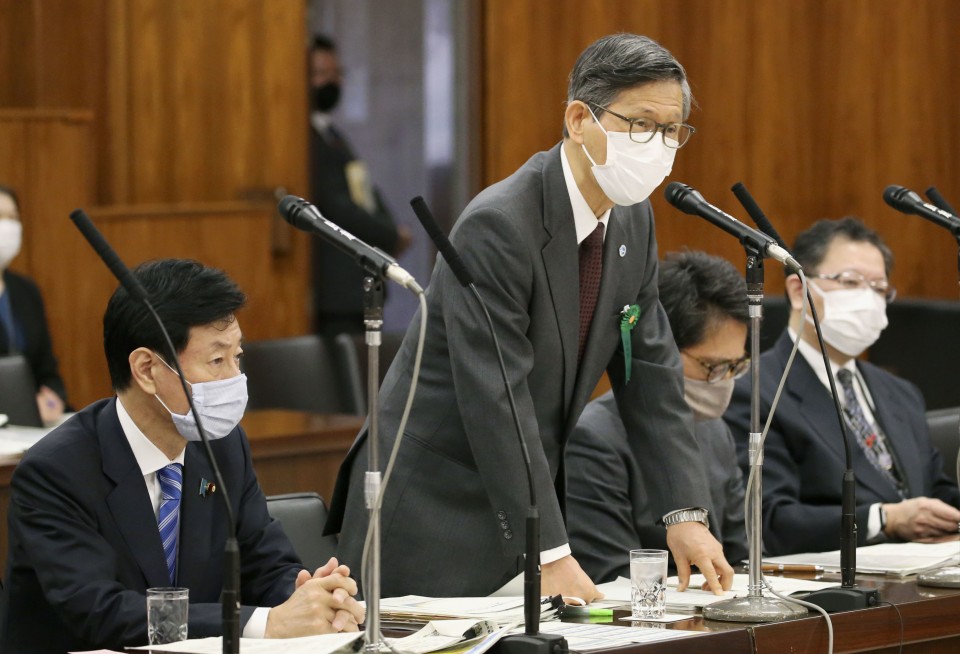 Shigeru Omi (standing), head of a Japanese government subcommittee on the novel coronavirus, speaks during a House of Councillors committee session in Tokyo on Jan. 14, 2021, alongside Yasutoshi Nishimura (L), the minister in charge of the coronavirus response. (Kyodo) ==Kyodo

Shigeru Omi, the head of the government's subcommittee on the pandemic, said if the number of coronavirus cases remains flat or only decreases mildly during the designated period, "it is impossible to maintain the current state of emergency declaration, and stronger measures will be needed."

"Requesting business closures is an option," Omi added during a House of Councillors committee meeting.

Yasutoshi Nishimura, minister in charge of Japan's coronavirus response, also said, "More prefectures could be added (to the state of emergency area) depending on the infection situation."

"We are thinking of various measures by considering the worst-case scenario and a situation in which (the number of infections) does not turn to a decline," said Nishimura.

He reiterated, however, that there was no immediate plan to expand the state of emergency nationwide. 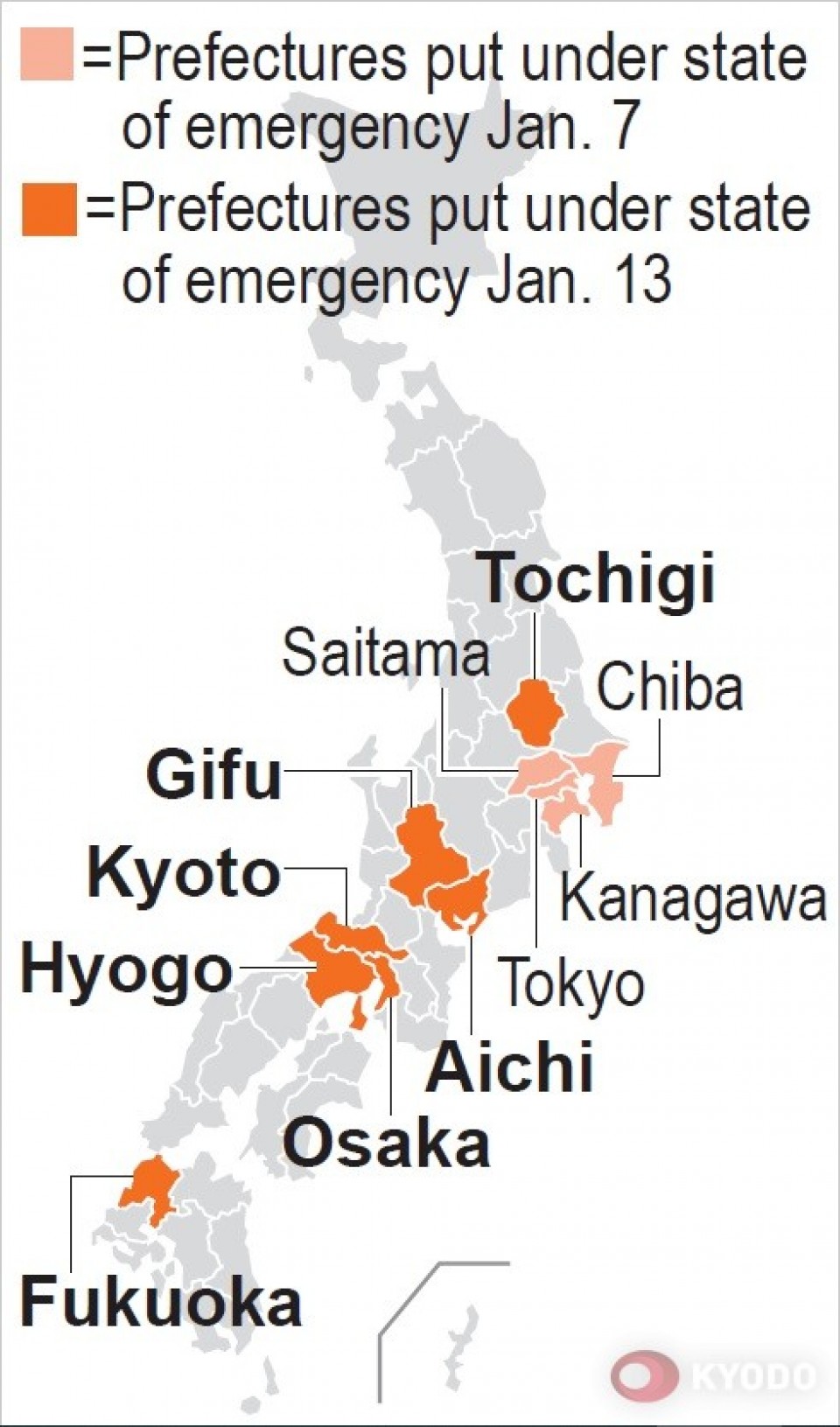 Since November, Japan has experienced a surge in infections, with its cumulative total cases topping 300,000 on Wednesday. Japan logged around 6,600 new cases on Thursday, while people suffering from serious symptoms hit a record 920.

Coronavirus deaths across the country had surpassed 4,000 as of Jan. 9, with 66 deaths nationwide reported on Thursday.

On the same day, 11 deaths were confirmed in Osaka, bringing the death toll in the western Japan prefecture to a record 714, surpassing the 707 deaths reported in Tokyo so far.

Many hospitals in the country are struggling to accommodate the increasing number of patients due to a shortage of beds and staff, raising concerns that the medical system could collapse if infections continue to surge.

On Thursday, Prime Minister Yoshihide Suga held a meeting with senior officials of medical associations in Japan, at which he asked for their support in securing more beds for patients with the virus and rolling out vaccines when they become available in the country.

"(The government) would like to provide the necessary support to (medical facilities) without hesitation. To overcome this difficulty, the central and local governments and health care workers must work together," Suga said in his opening remarks.

Toshio Nakagawa, president of the Japan Medical Association, told reporters after the meeting that he requested the government to consider expanding the state of emergency to cover the whole country.

"Compared to the (previous) state of emergency last year, there has not been a sense of urgency nor a sense of working together," he said.

In a press conference Wednesday, Nakagawa said the medical system has been increasingly overwhelmed, with some hospitals forced to turn away non-COVID patients.

In the capital, officials were trying to secure space in hospitals and other treatment facilities for some 6,500 people who have tested positive for the virus and might need medical attention.

A state of emergency was previously declared in Tokyo, Osaka and some other prefectures in early April during Japan's first wave of infections and was expanded nationwide later that month.

It was lifted in steps in May as the increase in coronavirus infections slowed.