The death toll from Friday's 6.2-magnitude earthquake on Indonesia's Sulawesi Island has risen to 56 with more than800 others injured, Indonesian authorities said Saturday, as search and rescue efforts continued under challenging conditions.

National Disaster Mitigation Agency spokesman Raditya Jati said 47 bodies had been recovered in Mamuju, the capital of West Sulawesi Province, while nine others were found in the nearby district of Majene. 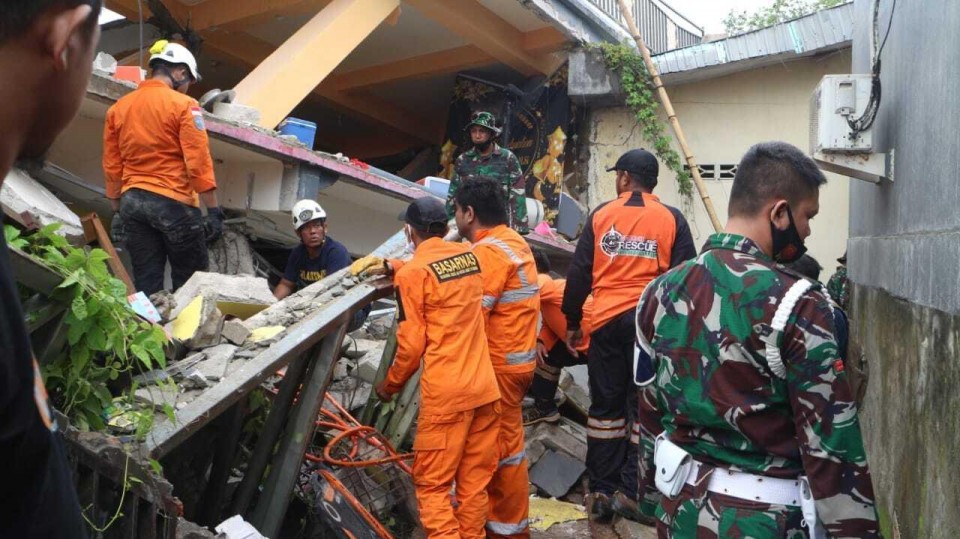 The quake occurred 36 kilometers south of Mamuju at 2:28 a.m. local time at a depth of 18.4 km, according to the U.S. Geological Survey.

The agency said roughly 15,000 people had been evacuated and more than 400 homes had collapsed.

The search for people trapped under buildings and rubble continues, and relief supplies, such as tents, ready-to-eat food packages, blankets and generators, are being distributed. However, the agency said there is a shortage of face masks, raising concerns about infections with the coronavirus.

Rescuers got some relief after the main road connecting Majene and Mamuju districts was cleared after being paralyzed due to landslides triggered by Friday's quake, but some areas continue to be hampered by power outages, the agency said.

Rescuers and residents are also dealing with aftershocks, including a 4.9-magnitude quake that shook the same area earlier in the day. Meteorological officials are warning coastal residents that a major tsunami-causing earthquake could occur.

Indonesia sits in one of the most active seismic regions in the world, the Pacific Ring of Fire, where many earthquakes and volcanic eruptions occur.